Snow, wind and poor visibility behind madness on I-94 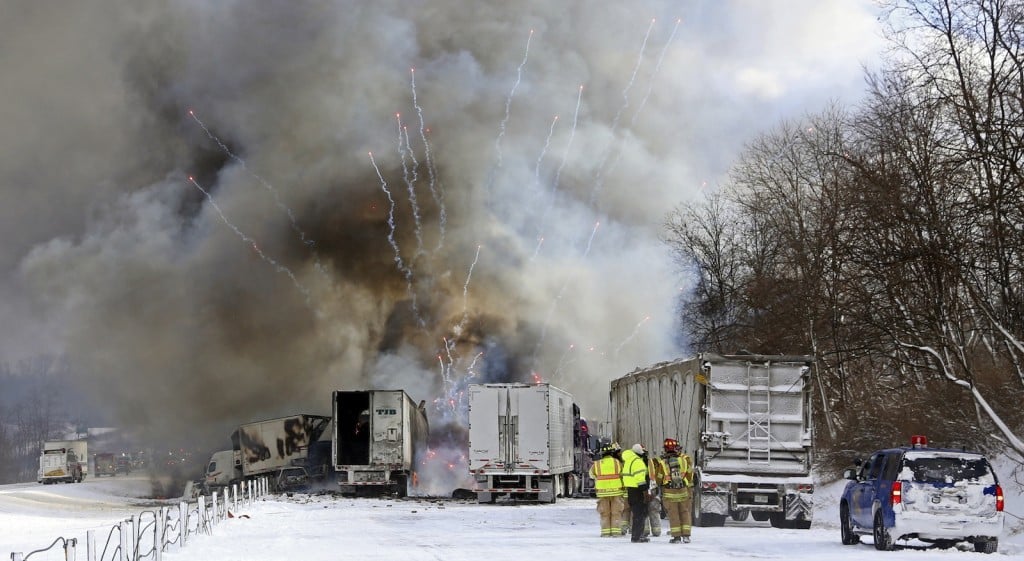 GALESBURG, Mich. – Police say a Canadian trucker has died in a 123-vehicle pileup along a snowy Michigan interstate that caused fires on trucks carrying fireworks and acid.

Michigan State Police Lt. Rick Pazder says the Friday morning accident killed a trucker from Ottawa — and injured at least 23 people who were taken to hospitals.

He says investigators believe most vehicles were in westbound lanes.

Investigators say all hazardous materials from the crash have burned off. By Friday afternoon, authorities had lifted advisories for nearby residents to stay inside.

Authorities are blaming snow, wind and poor visibility for the accidents.

The crashes occurred in eastern Kalamazoo County, near Galesburg.