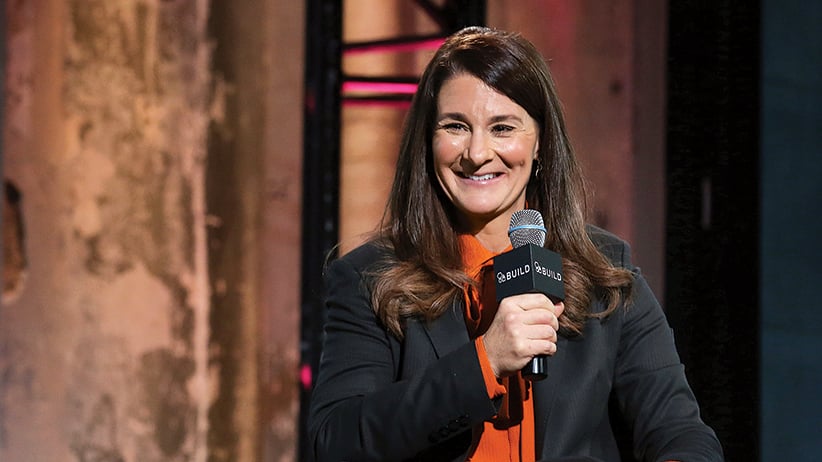 The wealthiest private foundation in history is tackling its most ambitious project ever: eliminating inequalities between the sexes. This is a major shift for the Bill & Melinda Gates Foundation, known for its obsession with the precise number of lives it can save with each vaccine, each seed, each dollar distributed in impoverished nations. But, says foundation co-chair Melinda Gates, too many programs miss the mark because their impact on women and girls is not taken into consideration. The foundation has just pledged US$80 million over three years to improve data collection on the situation of women and girls in the world. The 52-year-old philanthropist spoke with L’actualité magazine ahead of a Montreal conference later this month of the Global Fund to fight AIDS, tuberculosis and malaria, where the Gates Foundation will push the importance of focusing on women and girls when combatting these diseases.

Q: What convinced you to put women and girls at the centre of your actions, rather than considering them as just one development target among many?

A: They are the centre of the family. It’s the woman who decides what’s eaten in the house, when to have the kids vaccinated; everything that has to do with the children’s health revolves around her. If you don’t invest in her, empower her, give her the things she needs to lift her family up, you’re just not going to make the progress that you want to make. But if you put her at the centre, you can change a lot for that family, and it has ripple effects through the economy.

Q: You’re not only emancipating her individually.

A: No, you’re actually emancipating the community and the country. In the development space, when we wanted to get certain outcomes, we would put these investments down, and we just assumed women would benefit from them. Even in our own agriculture strategy, if we got a great new drought-resistant seed and we managed to get it distributed in the system, we just assumed that it would reach female farmers. That’s a false assumption, because women don’t interact with agro-dealers. So if you don’t develop specific programming to ensure that seed gets in a woman’s hands, then the extra income [generated by higher-yielding crops] goes into her husband’s hands.

Q: So instead of helping her, you’re exacerbating economic gender inequality.

A: You can have unintended consequences. Men make different investments than women do. Women tend to invest more of their earnings than men do in their family’s well-being—as much as 10 times more.

Q: How is this new focus on gender equality transforming the foundation? What have you needed to do differently?

A: We’re not saying that everybody in the organization now has got to check a “women and girls” box. We’re putting the question out to the whole foundation: within your strategy, if you invested in women and girls, how would you get different outcomes? Would you even know where to invest? Do you even have the right data?

Q: You have become a strong advocate of contraception. But as a practising Catholic, you admit you weren’t always comfortable speaking about it publicly. What changed?

A: I’ve travelled extensively in the last 16 years—to slums in Bangladesh, to townships in South Africa, to all kinds of places in India, etc. When I would go and talk to villagers about something like vaccines, if I stayed long enough, the women would bring the conversation around and say: “What about this family planning tool? We can’t keep having the number of children we’re having.”

I realized we really weren’t serving women. They will tell you, “Yes, I have access to condoms in the clinic, but I can’t negotiate that with my husband, not in the context of HIV/AIDS. Because it means that either I have it or I’m accusing him of having it.”

As I would hear this rallying cry of women, I would come home and think: if I really believe all lives have equal value, and if I use contraceptives, which I do, and if I’m counselling my son and my two daughters to use them, how am I not serving the women who don’t have access to the contraceptives they need?

Q: In 2014, the Gates Foundation declared that it did not fund abortion services. You wrote in a statement at that time that you struggled with the issue and had decided not to engage on it publicly. Why not? Unsafe abortions are a leading cause of maternal death in the developing world.

A: When I look at 225 million women who want contraceptives, and then I look at the 52 million unintended pregnancies that could be avoided by addressing this unmet need, where can we have the biggest impact with our voice, our dollars, our partners? It’s on contraceptives. I would rather address the problem upstream.

Q: Why couldn’t you work on both fronts?

A: I don’t think we would have as much impact as a foundation because we couldn’t drive consensus. Abortion has become a very politicised issue that I think countries have to work out themselves. In a lot of countries, people can’t even yet agree on what their laws should be.

Q: On a recent trip to Senegal, I saw how an NGO supported by the foundation is trying hard to win over husbands and religious leaders to the cause of family planning. But those men are still the ones making decisions about women’s reproductive health. How do you engage men while also challenging the underlying power structure?

A: You chip away at it over time. You go where the doors are open. I was in a village in Malawi last summer where the men weren’t used to eating with their wives. They ate first and then the wives fed what was left over to themselves and the kids. So an NGO that we work with, CARE, got them in a group to talk about why they do this, what it would mean if they actually sat down at the table together. The husband hadn’t even realized he was getting more food than everybody else, and he saw that one of his youngest kids wasn’t very healthy. Any social or cultural change has to be made openly and with people agreeing. You don’t get there by just pushing an outsider’s point of view.

Q: With its size, wealth and ubiquity, the Gates Foundation has the power to set the global health agenda.

A: That’s a misnomer. We can influence it, absolutely. But go ahead.

Q: Critics claim that the foundation is so powerful that it is steering the priorities of aid agencies, scientists, and local governments in ways that serve its own interests and the interests of its partners, including those in the pharmaceutical industry. How do you respond to that?

A: When you look at the [UN’s 2015 ] Sustainable Development Goals, we didn’t set those; those were set by the member states of the United Nations. We’re using that blueprint to decide where to invest; to determine for our foundation where we can uniquely have the most value.

And yes, we have large resources for a private foundation, but if you look at any one of those goals, they take enormous governmental resources to pursue. So we are looking to put down smart investments: how do we push out a new vaccine, for example, that will address one of the main causes of childhood death, rotavirus, but then how do we get the cost way, way down? If we are going with our partners to ask a government to invest alongside with us, we’re saying, look, we’ve gotten the cost down as low as we can get it, and we feel that it’s a good investment.

Q: You give out twice as much money a year, more than $4 billion, than the annual budget of the World Health Organization. Skeptics lament that the foundation has become a second WHO, only not accountable to anyone other than yourself, Bill Gates and Warren Buffet.

A: We report on all of our grants on our website, and when we have a learning experience, we publish that, too. We’ve made a huge push toward transparency in the last few years. Sure, we have some missteps, we probably could have been more transparent upfront. As soon as we realized we needed to be more than we were, we started publishing all of those things.

Q: Surely you are no stranger to gender inequality yourself, having spent the first part of your career working in a male-dominated field at Microsoft, from 1987 to 1996. In what ways have you experienced sexism?

A: When I studied computer science at Duke University in the first half of the 1980s, I had professors who treated women differently than men. I kind of got used to it. At Microsoft, I had to use my elbows and make sure I spoke up at the table, but it was an incredibly meritocratic place. Outside, in the industry, I would feel the sexism. I’d walk into a room and until I proved my worth, everyone would assume that the guy presenting with me had credibility and I didn’t.

In the early days of the foundation, it was actually funny, when Bill transitioned out of Microsoft and started working here, people assumed he was running it, when I had actually spent more time in the office than he had up until that point. We had to be very purposeful about that as a couple, we’d have to remind people, “No, no, no, it’s both of us.” We’ve gotten through that now, people get that we both have our voices and we’re both running the place.