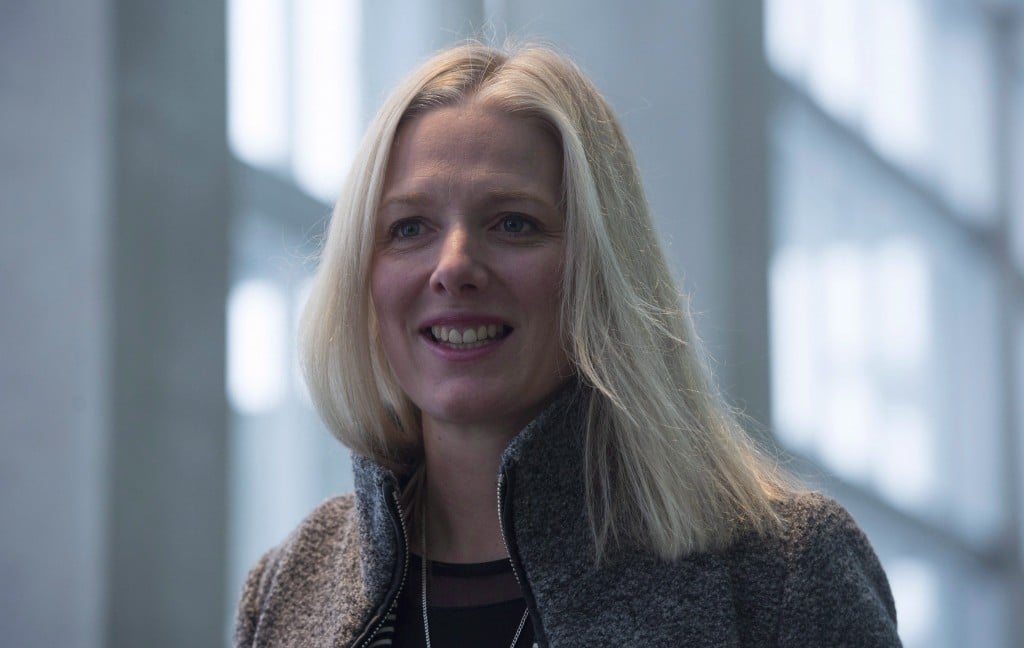 Minister of Environment and Climate Change Catherine McKenna walks to a meeting with her provincial counterparts Friday January 29, 2016 in Ottawa. THE CANADIAN PRESS/Adrian Wyld

Gates, who believes that helping women and girls succeed will alleviate global poverty, says it would set an even stronger example if a man followed McKenna by turning off the phone between 5:30 p.m. and 8 p.m. to focus exclusively on family.

“I’m thrilled she’s saying that and doing that because it takes courage, but you know what, it’s going to take men also doing and saying the same thing,” Gates told The Canadian Press on Monday.

“I think it would send out an equally strong message.”

Gates released her annual letter on international development late Monday as part of her ongoing work with the philanthropic foundation she started with her husband Bill, the co-founder of Microsoft.

As it has in the past, the Gates’ letter emphasizes the need to reduce carbon emissions and find ways to help the world’s poorest.

On the latter issue, she said she had a long discussion with Prime Minister Justin Trudeau at last month’s World Economic Forum in Davos and is genuinely impressed with where he wants to take Canada on the world stage.

She commended Trudeau’s decision to carry on with Stephen Harper’s maternal and newborn child health initiative, including its one new wrinkle _ removing the former Conservative prime minister’s ban on funding family planning projects that use contraception.

“He and I had a long conversation about the importance of contraceptives and how they can benefit women, so I was very encouraged,” Gates said of her recent discussion with Trudeau.

Gates was a very public supporter of Harper’s initiative to reduce the deaths of pregnant mothers, their newborns and young children in the developing world.

“You always look for common ground, no matter who you’re working with,” she explained.

“So what I will say about prime minister Harper is: he put MNCH on the agenda not just for Canada, but for the world. He led that initiative, which meant that many, many other countries came in.”

Gates said it is a win for everybody, especially 200 million women in poor countries who want access to birth control, that Trudeau has added family planning to Harper’s program.

“That’s great politics on both sides of the aisle.”

But Gates would still like to see Trudeau do more to boost Canada’s sagging foreign aid, which has dipped significantly in the last decade.

Just as UN Secretary General Ban Ki-moon urged earlier this month, Gates wants Trudeau to come up with a plan for Canada to reach the international development target of donating 0.7 per cent of Gross National Income. It has fallen to about 0.24 per cent.

Trudeau has not committed to the benchmark, which his father, former prime minister Pierre Elliott Trudeau, first set for Canada decades ago and which the country has never reached.

“I would like to see them moving in that direction,” said Gates, who had a very specific suggestion for Trudeau.

She urged Canada to make a significant financial contribution to the Global Fund to Fight Aids, Tuberculosis and Malaria, an organization in which the Gates foundation has heavily invested over the last decade and a half.

The fund is launching a new replenishment drive this year and any contribution Canada makes would count as overseas development spending, she noted.

“I’m really hoping that Canada will use their voice and their leadership and their Canadian dollars.”