Self-promotion is key for Mexican politicians with presidential aspirations. Having a soap star partner helps, too. 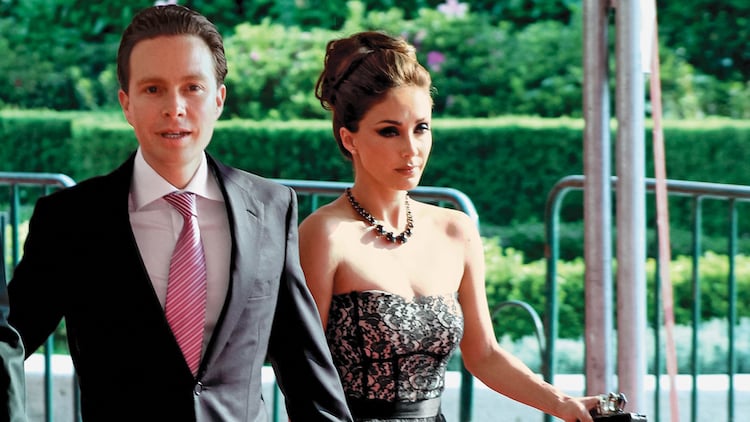 The southern Mexican state of Chiapas, with its poverty-stricken indigenous villages and history of armed uprisings, is a long way from the mansions of Lomas de Chapultepec in Mexico City, home to the country’s business and political class. Yet late last year the young governor of Mexico’s poorest state plastered his image all over Mexico City’s most upscale neighbourhood, where a large Starbucks coffee costs more than many of Chiapas’s coffee farmers make in a day.

Gov. Manuel Velasco Coello’s plan was to get known beyond his backwater on the Guatemala border. And given the scandal that greeted his self-promotion in the capital, and the country at large, he accomplished his goal. His $10-million publicity campaign (for a governor of a state where 74 per cent of the people live in poverty) was denounced in opposition circles as obscene.

Velasco, 33—already the country’s youngest-ever senator and governor—denies having presidential aspirations. But his campaign follows what’s becoming a familiar script in Mexico, where politicians bolster their images through billboards and banal radio and TV spots rather than tackling big issues like poverty. Velasco is taking a page directly from President Enrique Peña Nieto, who also spent big on self-promotion, targeting telenovelas (sappy soap operas) as much as nightly newscasts. Elected governor in 2012, Velasco is “sort of following a Peña Nieto strategy: very early promotion on the basis of fluff, having a pretty lady at your side and showing up at all the events and smiling broadly,” says Federico Estévez, a political science professor at the Autonomous University of Mexico.

Strictly speaking, Velasco wasn’t promoting himself, but rather his state-of-the-state address (known as an informe), an annual act of pomp, political theatre and, increasingly, self-promotion for ambitious politicians. He ran TV ads and pre-movie promotional spots in cinemas, drawing derision on social media. Some of the spots featured indigenous farm folk talking about all the cattle, chickens, seed and fertilizers his government gave out. The recipients affectionately called him güero—slang for “whitey,” because of his pale complexion and blue eyes.

The informe served up the usual political fare, stressing budget accountability for a state whose past governors left deep debts and where more than half the municipalities are bankrupt. Velasco’s predecessors have been questioned for corruption, and one spent time in prison. But he remains popular after claiming 67 per cent of the vote in last year’s elections for the Green Party—an ally of the Institutional Revolutionary Party (PRI) that rules Mexico and an outfit better known for promoting a return of the death penalty and giving away coupons for cheap pharmaceuticals than any environmental agenda. Winning the election was Velasco’s “biggest achievement,” says Chiapas anthropologist Gaspar Morquecho. And his political star is rising.

State media dutifully covered the informe, but much of the attention went to his fiancée: soap star, pop singer and pinup girl Anahí, whose appearance put to rest rumours about a split. Quién, the magazine that twice declared her Mexico’s hottest girl, fatuously reported, “Wedding plans continue moving forward.”

Actresses becoming first ladies are not new in Latin America and certainly not Mexico. Current first lady Angelica Rivera starred in several soap operas before being cast in 2008 as an actor in programs promoting the state of Mexico (the largest state in the country), where the recently widowed Peña Nieto was governor. Romance followed, with Peña Nieto dropping news of the engagement in a 2009 audience with Pope Benedict XVI—all part of a made-for-TV special. “[Rivera] went from being the heroine in a soap opera to one in real life,” says author and social commentator Guadalupe Loaeza.

Anahí starred in a telenovela, called Rebelde, a show modelled on Beverly Hills 90210. It was such a hit that the Canadian Tourism Commission and Travel Alberta brought it to Calgary and the Canadian Rockies to film five episodes in 2005. Canadian tourism officials say the show was a success at drawing visitors north—such is the selling power of soap operas in Mexico, which can promote “any product, any idea, any ideology,” says Loaeza.

Or any candidate. Mexico overhauled its rules on political advertising in 2007 to prevent all but registered parties from running TV and radio ads and limiting politicians’ ability to put their likenesses in them. (Informe ads are exceptions.) The prohibitions have prompted politicians to get creative, says political analyst Fernando Dworak, who points to candidates placing political messages in telenovela scripts and hiring actors as personal ambassadors. Newsweekly Proceso cites at least seven governors signing lucrative image-promotion contracts, some with links to the country’s two big broadcasters, Televisa and TV Azteca—whose signals reach the remote corners of a country where more people own TV sets than refrigerators. Ties to the broadcasters allegedly help politicians secure valuable air time. And promoting a media image is more important than advancing policy. “At the bottom of this is an ambition that surpasses talent,” says Marco Rascón, a former politician best remembered for his years darting around Mexico City in a mask and wrestling tights as social crusader known as “Superbarrio.”

Velasco won’t confirm the $10-million price tag his opponents allege his promotions cost. (His of?ce didn’t respond to an interview request.) Zapatista rebel spokesman Subcomandante Marcos derided the spending as “ridiculous.” The spending scandal overshadowed the 20th anniversary of the leftist Zapatista uprising, which coincided with the implementation of NAFTA on New Year’s Day 1994. But it didn’t make waves in Chiapas, where local media depend on government ads for survival and don’t criticize the governor.

The federal government launched an ambitious “Crusade Against Hunger” last winter, unveiling it in the heart of Zapatista territory. But analysts say that fighting hunger is not what will help Velasco in a run for president if, as many suspect, he does harbour such ambitions. Making his mark in the media matters more. “All politicians have to work many years to build a certain media reputation,” Dworak says, “not [one] necessarily based in results to achieve their ambitions.”