Military stabbing suspect due in court in Toronto today 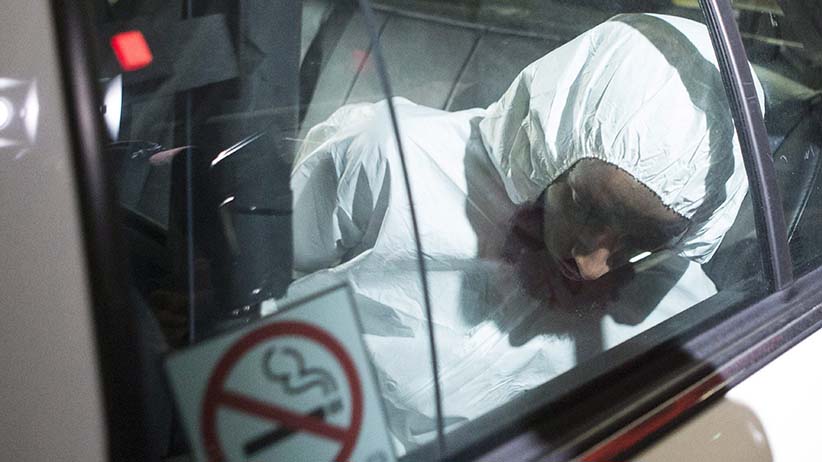 Ayanie Hassan Ali arrives in a police car at a Toronto court house on Tuesday, March 15, 2016. A man who allegedly said Allah instructed him to kill was charged Tuesday with stabbing and wounding two uniformed soldiers at a north Toronto military recruitment centre a day earlier. (Chris Young/CP)

TORONTO – The suspect charged with stabbing two soldiers at a military recruitment centre is due to appear at a bail hearing in a Toronto court this morning.

During a brief court appearance on Tuesday, Ali – who was born in Montreal and moved to Toronto five years ago – stared at the floor and spoke in a voice barely above a whisper.

At that hearing, neither the Crown nor defence lawyer David Burke asked for Ali to undergo a psychiatric examination, however, Burke has said he might ask for bail today.

Toronto Police Chief Mark Saunders has said that while at the scene of Monday’s attack, Ali stated that “’Allah told me to do this; Allah told me to come here and kill people.”’