Police are actively hunting for two suspects after a homemade bomb detonated inside an Indian restaurant west of Toronto, injuring up to 15 people, three of them critically.

Jennifer Evans of Peel Region police said the investigation into Thursday’s explosion at the Bombay Bhel Restaurant in Mississauga, Ont. is still in its early stages, but said the incident is not currently believed to be either a hate crime or an act of terrorism.

“This is a really serious investigation,” Evans said Friday morning at a news conference. “We want to take our time, make sure we’re very methodical in it. So we’re putting a lot of resources into this right now.”

Peel Paramedics said at least three people were taken to a trauma centre in critical condition suffering from blast injuries. Their conditions are now considered stable.

As many as 12 others were treated for minor traumatic injuries at two local hospitals.

Police say two suspects entered the restaurant at around 10:30 p.m. on Thursday as two separate groups were holding birthday parties. The hoodie-clad men were seen carrying an “improvised explosive device” at the time and then fled the scene in an unidentified vehicle, Evans said.

The resulting explosion injured 15 people ranging in age from 23 to 69, Evans said, adding they were taken to three different hospitals in the area. 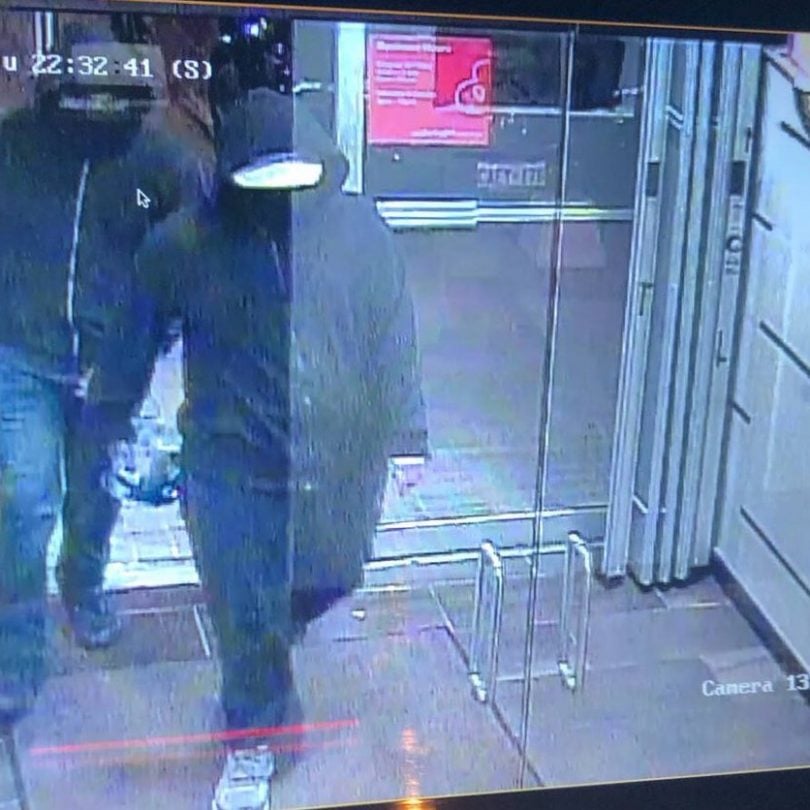 The first suspect is described as male in his mid-20s with light skin, five-foot-10 to six feet in height with a stocky build. He was wearing dark blue jeans, a dark zip up hoodie pulled over his head, a baseball cap with a light grey peak and his face was covered with black cloth material.

The second suspect is described as a male with fair skin, five-foot-nine to five-foot-10 with a thin build. He was wearing faded blue jeans, a dark zip up hoodie pulled over his head, a grey t-shirt, dark coloured skate shoes and his face was covered as well.

Evans said children under the age of 10 were present at the time of the explosion, though none of them were hurt.

The presence of youngsters was particularly shocking to Mississauga Mayor Bonnie Crombie, who said the brazenness of the incident resonated with her as a mother.

“It is a heinous, reprehensible act, committed by cowards who would come into a restaurant where people are vulnerable, celebrating with their families, where children are present,” Crombie said, visibly shaking as she spoke. “Whoever has committed this heinous act needs to answer for their crimes and be brought to justice.”

Evans said the restaurant sustained significant damage in the explosion, though none was visible from the outside. She did not offer details as to the makeup of the explosive device or where exactly it was detonated.

The restaurant issued a brief Facebook statement describing the attack as “extremely horrific and sad” and thanked those who expressed their support.

Andre Larrivee, who lives in a nearby condominium building, said he was watching television and heard an explosion.

“It was really loud,” he said, comparing the noise to an electric generator that had exploded at a nearby construction site recently.

The Consulate General of India in Toronto has opened a helpline in view of the explosion at an Indian restaurant in Mississauga for anyone needing assistance.

With files from City News and Maclean’s staff.