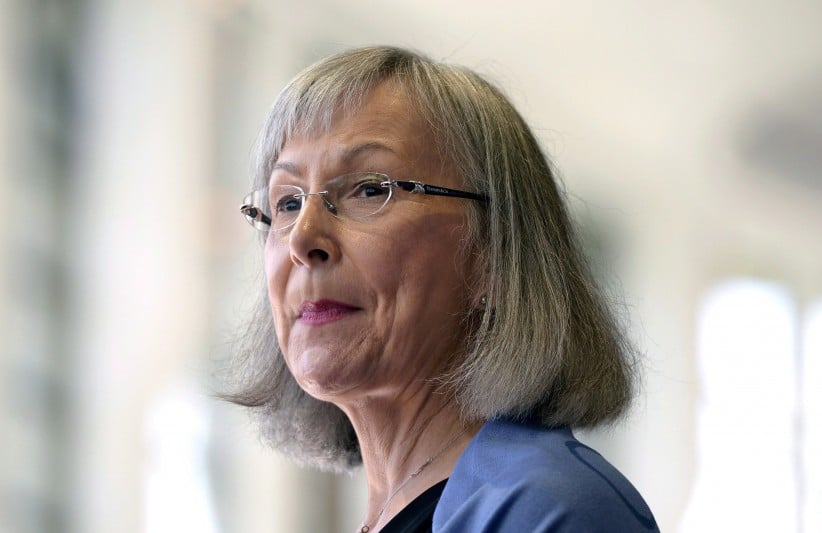 Judge Marion Buller speaks after being announced as the chief commissioner of the inquiry into Murdered and Missing Indigenous Women at the Museum of History in Gatineau, Quebec on Wednesday, Aug. 3, 2016. (Justin Tang/CP)

OTTAWA – Canadians should not expect to see hearings like those that unfold in courtrooms during the course of the inquiry into missing and murdered indigenous women, lead commissioner Marion Buller said Tuesday.

The inquiry will instead provide a way for indigenous people to tell their own stories in their own way, Buller told a news conference in Ottawa along with her fellow commissioners and members of the inquiry’s legal team.

The update was scheduled amid growing questions about the status of the inquiry and the recent removal of its former communications director.

Buller said she understands many are anxious to see formal hearings begin, but she said the commission would be neglecting its responsibilities if it failed to ensure an appropriate setup was in place ahead of time.

“I understand the frustration; I hear it,” Buller said. “You may hear it in our voices from time to time as well, but we also know that we have to do the job properly — and that takes time.”

The national inquiry, which is still on schedule to begin in the spring of this year, will be unlike anything the country has seen from a legal standpoint, added Susan Vella, the lead counsel for the study.

“Right now, it is a very flexible concept, obviously, and it has to be,” Vella said. “The commissioners are entitled to receive information which might not otherwise be admissible in evidence in a court. This is a usual power of commissioners.”

The inquiry will provide different options as it goes about collecting information, Vella said, and will include lesbian, two-spirit and transgender people in the process.

She also said the commissioners will only go into communities where they are invited, noting they will adhere to proper protocols depending on the indigenous territory.

“If the community is too traumatized and cannot handle the show of a public inquiry coming in, then we will respect that.”

The Liberal government has allocated $53.8 million for the two-year inquiry.

Less than 10 per cent of this budget has been used, Buller said Tuesday, noting the commission is focused on using its funding on evidence-gathering, research and consulting with survivors and families.

A specific start date and location for hearings has not been determined but the inquiry’s logistics team is considering a number of options, she added.

Interim findings must be presented in November in a report.

The mandate of the inquiry is to examine the systemic causes of violence against indigenous women and girls but the commissioners are open to hearing from indigenous men and boys who have relevant testimony to provide.

A forensic review of cases involving men and boys will not be conducted, Vella said.