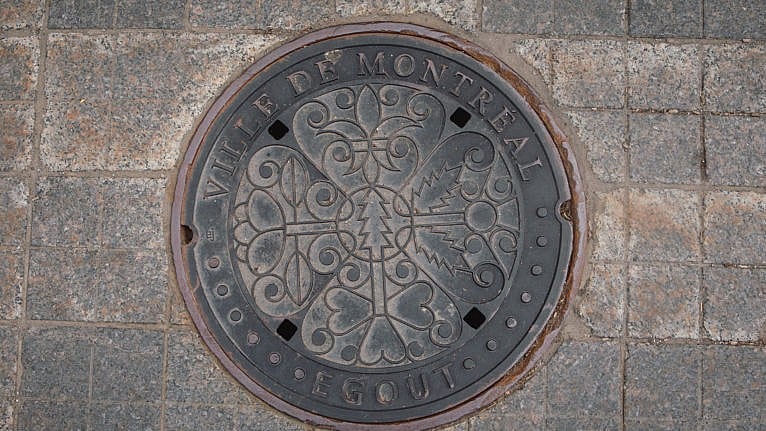 One of Montreal's new manhole covers (Photograph by Chloë Ellingson)

There are two versions of this story.

The straightforward one is that Montreal recently unveiled a new design for the city’s manhole covers, transforming that most utilitarian and (literally) overlooked element of the urban landscape into something that resembles a heraldic shield that might have adorned the vaults of a medieval cathedral.

The old cover “was really boring,” says Sylvain Ouellet, a city councillor and vice-chair of the city’s executive committee. “It was mainly made for a utilitarian perspective, so there was absolutely no design. The beauty was not there.”

The new one features stylized, intertwined botanical elements that nod to the city’s history and flag: a fleur-de-lys representing the French, a rose for the English, a Scottish thistle, an Irish shamrock and a white pine for the local Indigenous communities, all designed by artist Luc Melanson. It is genuinely beautiful—imbued with meaning, at once spare and intricate.

The idea originated in the lead-up to the city’s 375th anniversary celebration in 2017, Ouellet says, sparked in part by the example of other cities such as Cologne, Germany, and Boston that have paid attention to the aesthetics of their utility covers. The idea was to mark Montreal’s anniversary by designing something that would become a visible legacy in the city, but nothing was ready in time for that milestone.

Rather, the new covers began to pop up across Montreal last year, but the city didn’t officially introduce the new one until early June 2021. It cost $25,000 to develop the design and $12,000 to create the foundry mould, though after those start-up costs, the new covers will cost the same as the old ones: $300 each. The plan is to gradually install them across Montreal when it’s time for replacement or new roads are built.

“Manhole covers, their life expectancy is so long, we want to have a more classic design that is timeless,” Ouellet says. 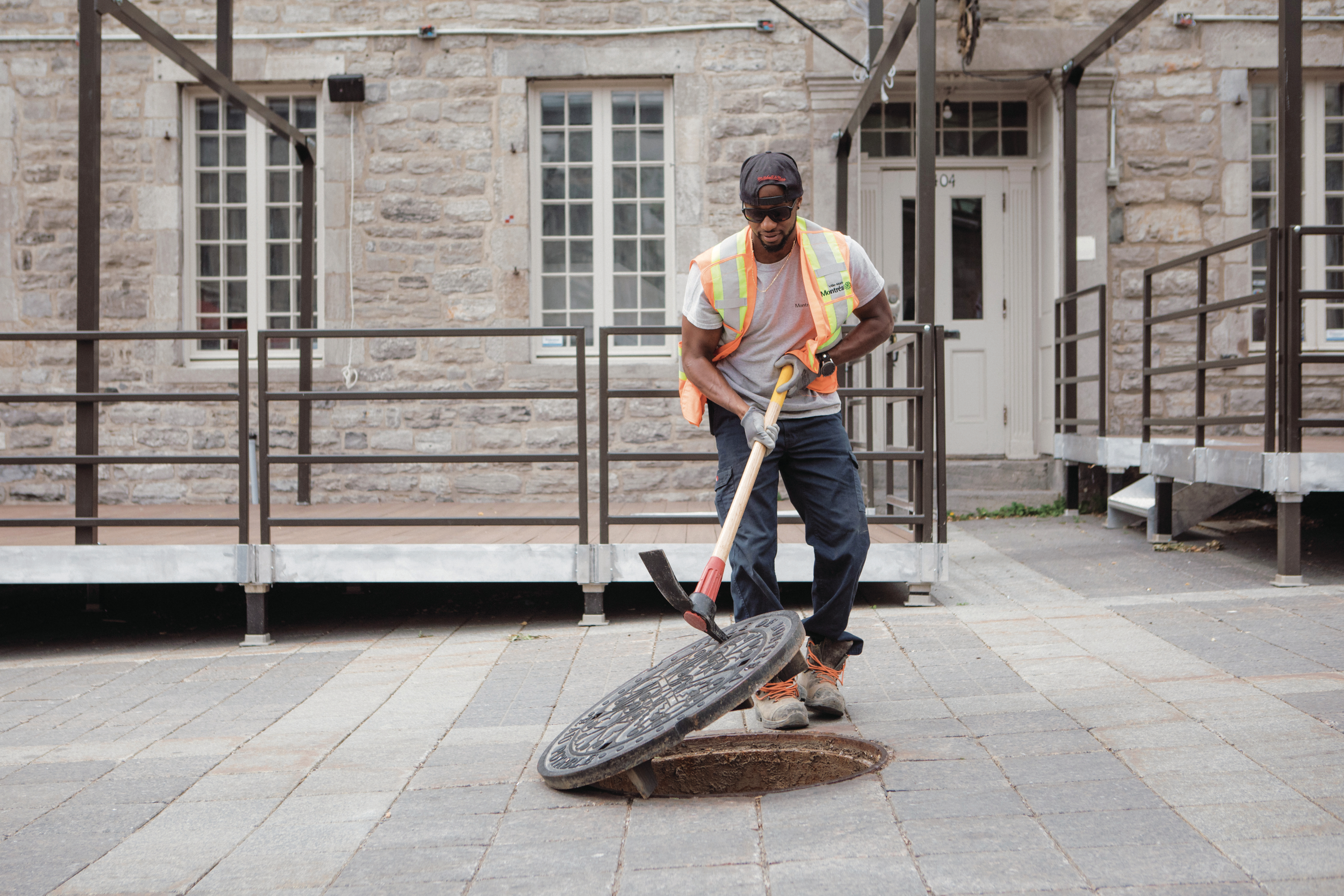 Which brings us to the more existential version of this story, in which one of these hefty cast iron discs becomes a postcard from another era, or a reminder to live less like grown-ups and more like toddlers.

“If you were a time traveller back from 1875 into today—to that very spot—the streets look different, all the buildings hadn’t been there before. The trees, if they’re still left, they’re much bigger,” says Daniel Fireside, a self-declared—with tongue firmly in cheek—manhole cover influencer. “The one thing that would be familiar would be this manhole cover. It’s this time capsule.”

Five years ago, he was meandering around his Somerville, Mass., neighbourhood when his toddler suddenly pointed at the ground and declared, “ABC.” Fireside looked down and saw an iron grate inscribed with a G, which he figured indicated a gas line; then his son pointed to another nearby grate with different lettering. “With that sort of little kid’s eye, where everything around you is new and interesting if you take a close enough look, I started realizing there was great variation in these objects I’d walked by millions of times and never noticed,” he says.

Five thousand photos and countless hours of research later—plus an online community built around his Twitter and Instagram handles @IronCovers—Fireside is the guy you call if you want to talk about manhole cover design, or why beautiful things that wave to us from the past or reach into the future matter. (“As I tell my mother, there are worse ways to get famous for photos on the internet,” he says.)

He’s found a handful of covers in his hometown that contain mistakes—a backwards 3, or three nails substituted for a missing N—and he loves the long-ago humanity they suggest: someone rushing to get an order out the door thinking no one will notice, and along he comes 100 years later to do just that. “I feel this weird connection to these craftspeople who were anonymously toiling away in these foundries and imbued these objects with artistic flourishes,” he says. “Whoever these people were are long gone, but we’re all benefiting.”

The change to Fireside’s daily experience of his world suggests a different way we could all be, and how more thoughtfully designed cities could help. It’s what any yoga instructor or therapist would tell you about learning to be in the moment: be fully present and take in where you are, rather than bypassing that place and time to get where you’re going.

But it is the sheer longevity of manhole covers—it’s not uncommon for them to stay in place for a century or more—that lends them a sort of immortal quality. “There is this trend of cities realizing that it’s worth investing in these objects that will probably last longer in their existing form than any other thing they’re going to create in the public space,” Fireside says.

Which is exactly what Montreal was aiming for in celebrating its big birthday. Inevitably, when Ouellet announced the new design on his councillor Facebook page, a few people asked why the city didn’t spend that money filling potholes. “What I responded to them is, ‘Well, it costs exactly the same thing to create an ugly manhole or a beautiful manhole,’ ” he says. “ ‘So personally, I chose a beautiful one.’ ”