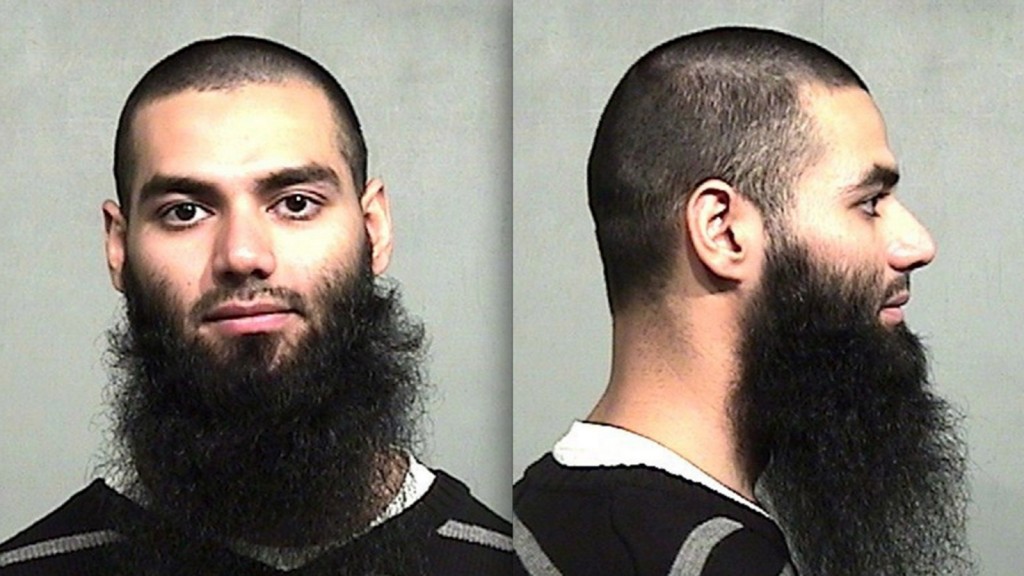 MONTREAL – Less than 10 months after the launch of what is believed to be North America’s first anti-radicalization centre, its leader is considering expanding its reach with a parole system for inmates who fit certain extremist profiles.

Herman Deparice Okomba says while the current threat of radicalization in Canadian prisons isn’t serious, it has the potential to be.

“I don’t think we have a problem right now, with regards to radicalization in prisons,” he told The Canadian Press. “But I think we need to be proactive and be at the avant-garde. The more we implement strategies to prevent radicalization, the better we are to rapidly detect the problem.”

There have been numerous examples around the world of terrorists becoming radicalized in prisons as well as reports the accused ringleader of the cell that attacked Paris on Nov. 13 was influenced by Islamic fundamentalist violence during his time in a Belgian penitentiary.

Okomba said he’s in talks with members of Canada’s correctional and justice authorities to create a parole system that would supervise recently released people who are extremists or vulnerable to extremism.

The plan would be similar to how the country monitors released pedophiles and other convicted criminals deemed potential threats to society.

“We want to ensure that when a person enters a jail and they fit the profile of someone who is violently radical or vulnerable to becoming radical, that when they get out, one of their conditions is to come visit us and we’ll take care of the follow-up,” he said.

The anti-radicalization centre was the initiative of Montreal Mayor Denis Coderre, Okomba said. The centre’s 12 employees include researchers, psychologists and others trained to detect and work with people who show signs of extremism.

Related: CSIS has tabs on radicalized Canadians who have fought abroad

“But it can develop into one,” he said.

Loza is the founder of the extremism and terrorism section of the Canadian Psychological Association and was the chief psychologist of Kingston Penitentiary between 1999 and 2009.

He explained that in order for a parole system for radicalized inmates to succeed, the program needs to be “multi-faceted” and run by highly competent people who know how to get into the minds of the prisoners.

“You should have a team of experts who understand the language, culture and values of the inmates and focus on the ideology,” he said. “You have to demonstrate the rewards and benefits (of changing). You have to address and refute some of the religious (arguments).”

And while the parole program is still in the discussion stage, the Montreal centre is already getting attention from inside and outside the country.

Okomba said he hosted a delegation from France’s correctional services department, days after the Paris attacks, and says he regularly gets calls from people around the country interested in the project.

Okomba worked for 10 years as a counsellor with the Montreal police, liaising with cultural communities and trying to sensitize the force to issues such as racial profiling.

He stressed his centre isn’t targeting the city’s Muslim community.

“We try to prevent extremism in all forms, left-wing, right-wing, religious.”

He admitted, however, that most of the roughly 370 calls his 24-7 call centre has received since March have been from people with questions about Islamic fundamentalism.

Ninety cases needed a follow-up investigation, Okomba said, with six files being referred to the city’s police force or the RCMP.

He stressed that the centre is not an arm of the police – it’s fully independent and financed by the city and the provincial government – but he has a mandate to contact authorities if he or someone else at the centre believes the person who is the subject of a call poses a threat to themselves or the community.

A potential issue Okomba will have to deal with is the concern from citizens regarding the influx of thousands of Syrian refugees into the province.

“I have no worries at all,” he said. “I have confidence in the system and in our capacity to take care of these people.”

And while he didn’t give details on the kinds of interventions his team has had to make since opening last March, his responses about radicalism provided some insight into how his office approaches the issue.

“Let’s be clear, becoming radicalized is not necessarily a bad thing,” he said. “On the contrary. It’s a good thing to be radical.