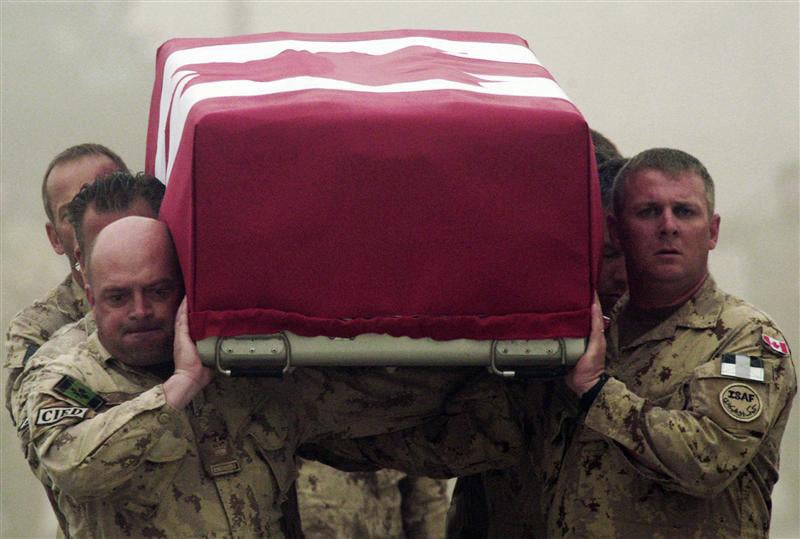 The mother of a Canadian who was killed while fighting the Islamic State says she doesn’t know when she’ll be able to bring her son’s body home.

Valerie Carder says that right now, repatriating John Robert Gallagher’s body is her priority, but for the time being, all she can do is wait.

Gallagher, 32, was killed in Syria fighting the Islamic State of Iraq and the Levant on Wednesday.

While initial reports said he was killed by a suicide bomber, the National Post is reporting he was shot at close range.

Carder says she’s received conflicting information about the cause of his death.

Gallagher was volunteering with a U.S.-backed Kurdish militia, known as the YPG, when he died.

Carder says Foreign Affairs officials are working together with the YPG to bring Gallagher’s body home.

A representative from the Department of National Defence has confirmed that Gallagher used to be a member of the armed forces.

Related: The professor who tried to stop John Gallagher