NACI approves mixing COVID vaccines: What you need to know

Vaxx Populi: If you got a first dose of AstraZeneca, you can choose to get an mRNA vaccine for your second dose. Pfizer and Moderna will also be interchangeable as second doses. 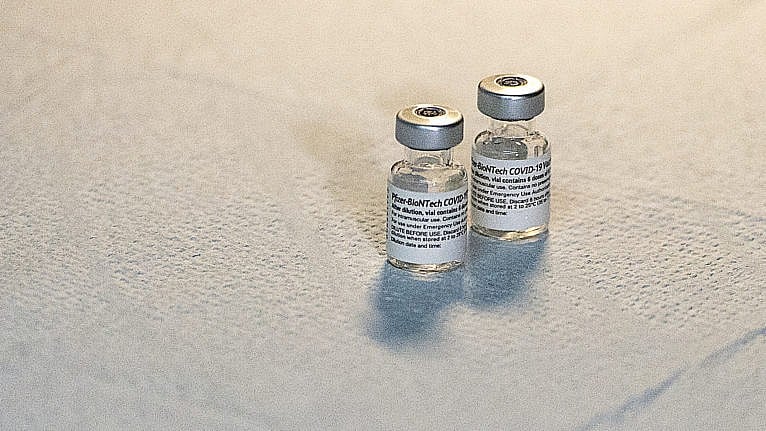 Two vials of the Pfizer-BioNTech vaccine sit on a table at a COVID-19 vaccination clinic in Halifax on May 24, 2021. (Andrew Vaughan/CP)

The National Advisory Committee on Immunization just gave the official okay for the mixing-and-matching of COVID-19 vaccines. On June 1, NACI released guidance on vaccine interchangeability that could affect second doses for everyone who has received any one of the three vaccines currently in use: Pfizer, Moderna and AstraZeneca.

NACI’s recommendation came a day after Manitoba decided to go the mix-and-match route. Dr. Joss Reimer, the medical lead for the province’s COVID-19 vaccine task force, stated, “If you got a first shot of AstraZeneca, your second dose will be an mRNA vaccine—either Pfizer or Moderna.” The decision was made after considering data from a Spanish study on the subject as well as the decision by Quebec to mix-and-match COVID-19 vaccines.

Reimer had previously said that she wanted to wait to see results from the bigger COM-Cov mix-and-match trial being run by Oxford University before making her decision. However, its results have been delayed until later in June, meaning waiting for results no longer works for Manitobans who received AstraZeneca shots early in the vaccine rollout. “People want to know what vaccine they will get,” Reimer said.

The NACI recommendation comes as provinces are ramping up their allotments of second doses. On Sunday, around two-thirds of all shots given in Saskatchewan were second doses, according to Blake Shaffer, an economist at the University of Calgary who has been tracking provincial statistics.

Mixing and matching vaccines isn’t a new concept, NACI explained. It has been used for various multi-dose vaccines, including hepatitis A. And researchers hope that mixing viral vector and mRNA doses could actually produce an even better immune response than keeping to one form of COVID-19 vaccine.

“Think of vaccination as presenting our immune system with a red flag—here is something you should be on the lookout for,” Dr. Alan Bernstein, CEO of CIFAR, a Toronto-based global research organization, told Maclean’s in February. “And so, if you go with the mRNA vaccine first, you’re going to activate one branch of our immune system.” Bernstein suggests thinking of this first vaccine as our “air force.” Then, he says, you introduce one of the viral vector vaccines a couple of weeks later, and it tells the immune system: “‘You saw this guy before, but I’m going to present him in a different format,’” says Bernstein. “And so it’s going to activate a different branch of our immune system. Think of it as our navy. And so now you have the air force and the navy activated and so you’ve got a double threat against this incoming virus.”

The mix-and-match strategy took on added importance due to a rare blood clotting syndrome known as VITT, which has been linked to viral vector COVID-19 vaccines including AstraZeneca. As the number of VITT cases grew, many countries with ample supplies of mRNA vaccines, including Canada, stopped using AstraZeneca for first doses. And, as NACI notes, some European nations, including France and Germany, are already offering mRNA second doses to those whose first shots were AstraZeneca.

It’s now up to the other provinces to decide whether they will follow NACI’s recommendation and allow mixing-and-matching of COVID-19 vaccines like Manitoba and Quebec.