NAFTA? USMCA? Trumpta? What should we call this new deal? 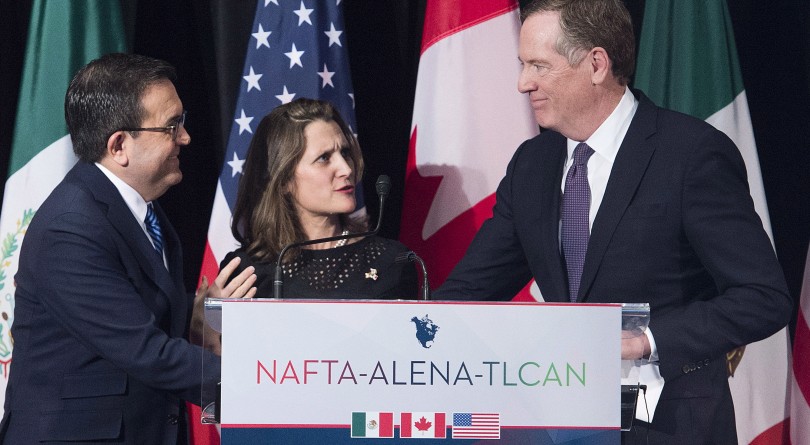 Aside from putting Canada last in the list, USMCA doesn’t exactly roll off the tongue, despite President Donald Trump’s belief that, “it sort of just works” and “it has a good ring to it.”

Trump also said “that’ll be the name i guess that 99 per cent of the time we’ll be hearing—USMCA.” But he’s been wrong before. Below, we offer some alternatives. Use the drag-and-drop tool to rank your favourite (scroll for more options). Each submission will contribute to our user-generated consensus ranking.