5 at 5: A National Day of Honour for Afghanistan veterans 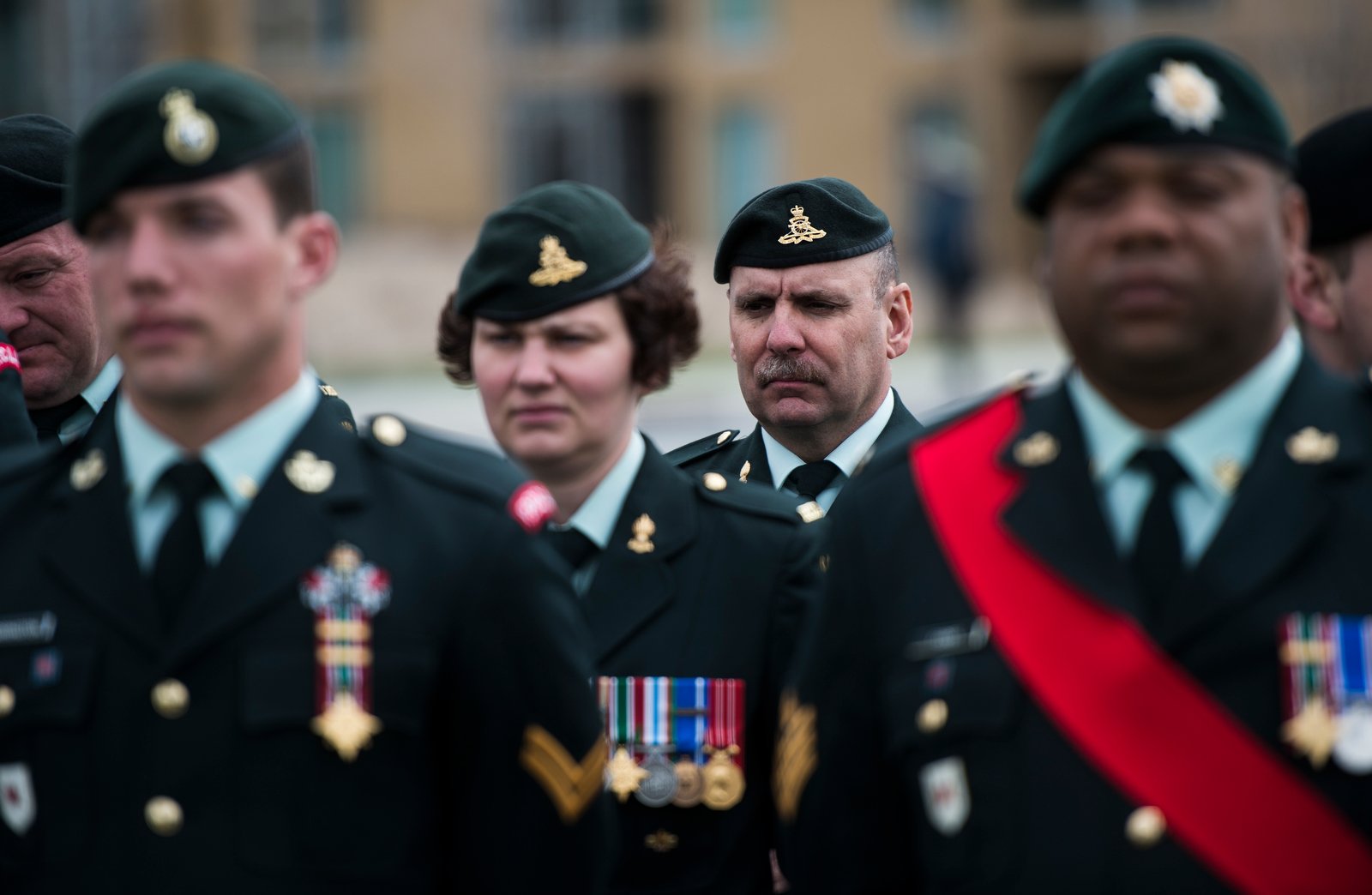 Members of the Canadian Forces participate in the National Day of Honour parade in Ottawa on Friday, May 9, 2014. (Photograph by Justin Chin)

Canada holds National Day of Honour for Afghan veterans. Soldiers, families and dignitaries gathered on Parliament Hill in Ottawa today to commemorate the sacrifices of the 40,000 soldiers who served during Canada’s 12-year military involvement in Afghanistan. Families of many of the 158 soldiers killed in Afghanistan were present. Governor General David Johnston was handed the final Canadian flag to fly in Afghanistan. This was a change of plans from a day earlier, when reports that Stephen Harper would receive the flag drew the ire of military supporters. As the representative of Queen Elizabeth Johnston, not Harper, is Canada’s commander-in-chief.

Ontario PC leader Tim Hudak promises to cut jobs. It’s an interesting campaign strategy from the Ontario PC leader today, who promised to reduce the size of the public service by 100,000 people if he is elected premier. But, he says, reducing the public sector will create private-sector jobs, instead. It could be an appealing proposition for those who think Ontario’s public service too bloated. Still, the PC Party has not seen success in Ontario since the days of Premier Mike Harris, who oversaw deep cuts to the public sector in the 1990s. Liberal Premier Kathleen Wynne was quick to attack the proposal, calling it “disastrous.”

Netflix raises its prices after saying it wouldn’t. New Netflix subscribers in the U.S. and Canada will have to pay an extra $1 per month, as the company hiked prices Friday, just four months after the CEO said in media interviews, including one with Maclean’s, that a price hike wasn’t part of the company’s plan. The increase in billing, from $7.99 per month to $8.99, is probably due to the popularity of Netflix-produced dramas, including House of Cards and Orange is the New Black. Customers are happy with these shows—and they want to see what happens next. Existing customers, however, won’t have to pay the extra dollar for another two years.

Putin pays a visit to annexed Crimea. Russia President Vladimir Putin visited the Ukranian territory of Crimea Friday, for the first time since it was taken over by pro-Russian forces, in a move that was called “provocative” and condemend by both the U.S. and the EU. The Russian’s President’s visit coincided with Victory Day, the day Russia celebrates the former USSR’s victory in WWII. Though Crimea voted to join Russia in a referendum, the international community doesn’t recognize the vote as legitimate. Also Friday, there was more deadly fighting in the southeastern part of Ukraine, where 20 pro-Russian militants were killed, some when they tried to storm a police station in the port city of Mariupol. However, witnesses said some of those killed by Ukrainian security forces were unarmed.

Community is cancelled. Dan Harmon’s popular television program Community is no more. NBC announced Friday that it is cancelling the comedy after five seasons. While creator Harmon has garnered a dedicated cult following for his work, the show never got the ratings the network was hoping for, averaging only 3.8 million viewers in its fifth season. Comedy Central already owns the syndication rights for Community, while Hulu owns the digital rights. Now, all that fans can hope for is an Arrested-Development-esq revival. Hey Hulu, how about it?

FILED UNDER: National Day of Honour