5 at 5: Harper extends funding for child and maternal health

Also: tensions are high in Ukraine and the U.S. sets an unfortunate new measles record 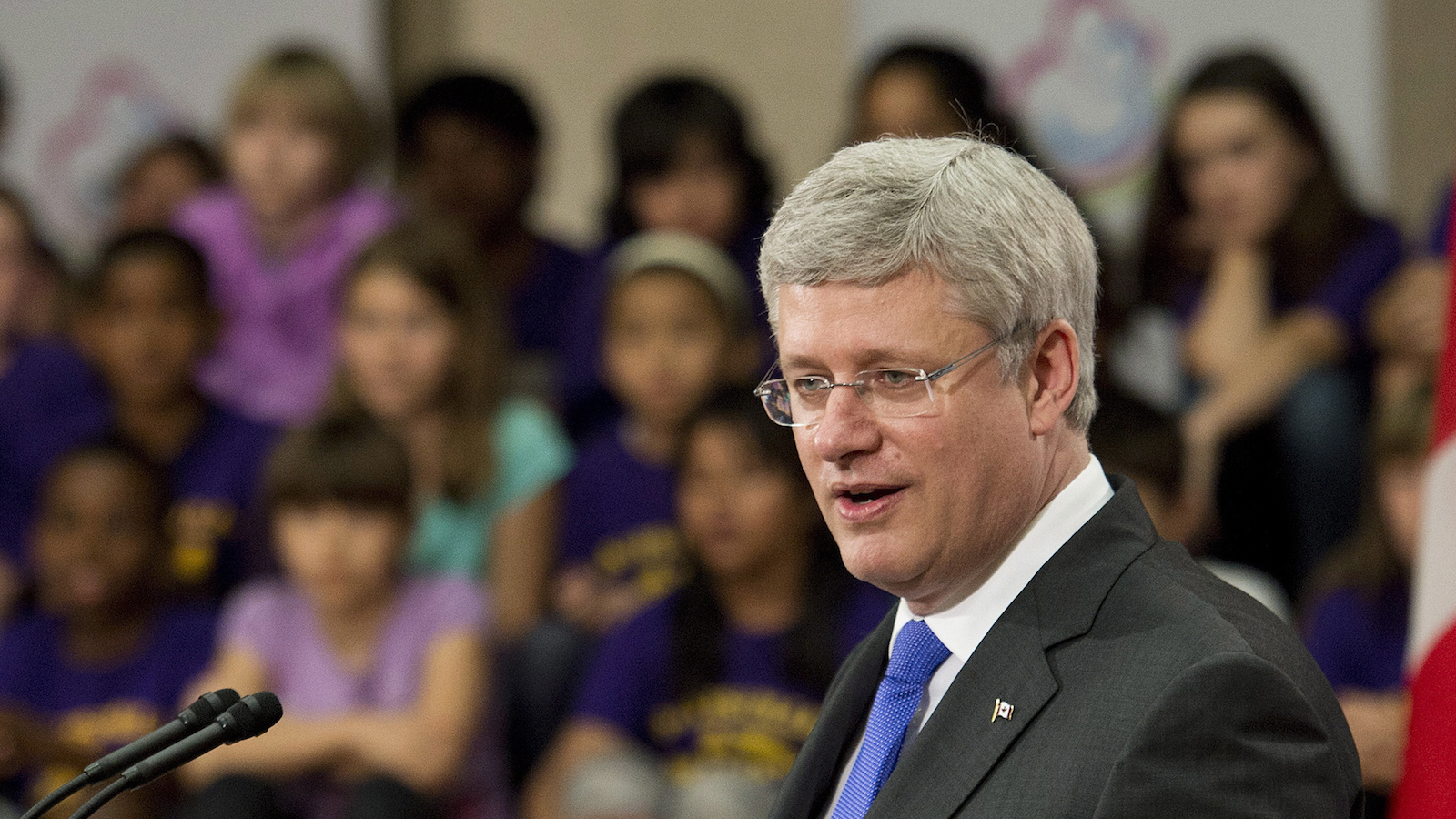 Stephen Harper pledges additional $3.5 billion for child and maternal health. Canada’s Prime Minister announced Thursday that the government would pledge even more than aid organizations had been asking for towards child and maternal health initiatives over the next five years. The money continues the work that started with a $2.8-billion pledge made during the G8 summit in 2010 to support the health of mothers and newborns in developing countries. Meanwhile, at the Saving Every Woman, Every Child summit in Toronto—an international conference hosted by the Conservative government—journalists were corralled into pens and barred from many of the sessions, even as participants wanted to share their work. Politics editor Paul Wells has more on how that strategy backfired over here. And, for all the barriers, science reporter Kate Lunau talked to experts presenting at the conference about the importance of keeping vital statistics in developing countries. Her report is here.

Brian Mulroney set to become next Quebecor chair. The former Canadian PM will take over a top spot at the Quebec-based media company. According to documents filed by the company ahead of its June 19 shareholders meeting, Mulroney will likely move from his current position as vice-chairman and be elected into the top position. This move is seen as bringing stability to the company, which has lost two of its biggest players in recent months. Former CEO Robert Depatie left the company for health reasons. Then, Pierre Karl Péladeau, the son of the company’s founder, won a seat in Quebec’s National Assembly for the PQ.

Tensions high in Ukraine after rebels down military helicopter, killing 14 soldiers. The situation is increasingly unstable in eastern Ukraine Thursday, after a morning attack that caused a Ukrainian helicopter to crash, killing one general and 13 other soldiers on board. Also Thursday, the Organization for Security and Cooperation in Europe confirmed that it has been unable to contact four of its employees who had been working in the Donetsk region as monitors. The staff—citizens of Turkey, Switzerland, Denmark and Estonia—have been missing since Monday.

Number of measles cases in the U.S. sets record high. It’s not the kind of record you want to set. The number of measles cases in the U.S. has reached its highest level since the disease was supposedly eliminated in the country 14 years ago. The Centers for Disease Control and Prevention said Thursday it had recorded 288 confirmed cases this year so far, with most of them clustered in Ohio, California and New York. In Ohio, specifically, 138 confirmed cases were linked to an Amish community that does not believe in vaccination. We’re not doing much better at preventing the disease here in Canada, where there have been cases reported this year in B.C., Alberta, Saskatchewan, Manitoba and Ontario, as more people chose not to vaccinate their kids.

Woman accused of kidnapping newborn from Quebec hospital to get psychiatric evaluation. The woman who police allege kidnapped a newborn infant from a hospital in Trois-Rivieres, Que. while dressed as a nurse shall undergo a mental evaluation to determine if she is fit to stand trail, a judge ordered Thursday. Luckily, a group of friends in the city recognized a photo of the suspect and the baby was found and returned, unharmed, to her parents only hours after she went missing on Monday. Valerie Poulin Collins, 21, faces one charge of kidnapping and one of abducting a person under 14 years old.

FILED UNDER: 5 at 5 Child and maternal health