Also: Eugenie Bouchard is out at the French Open and Indian minister's rape comments raise ire 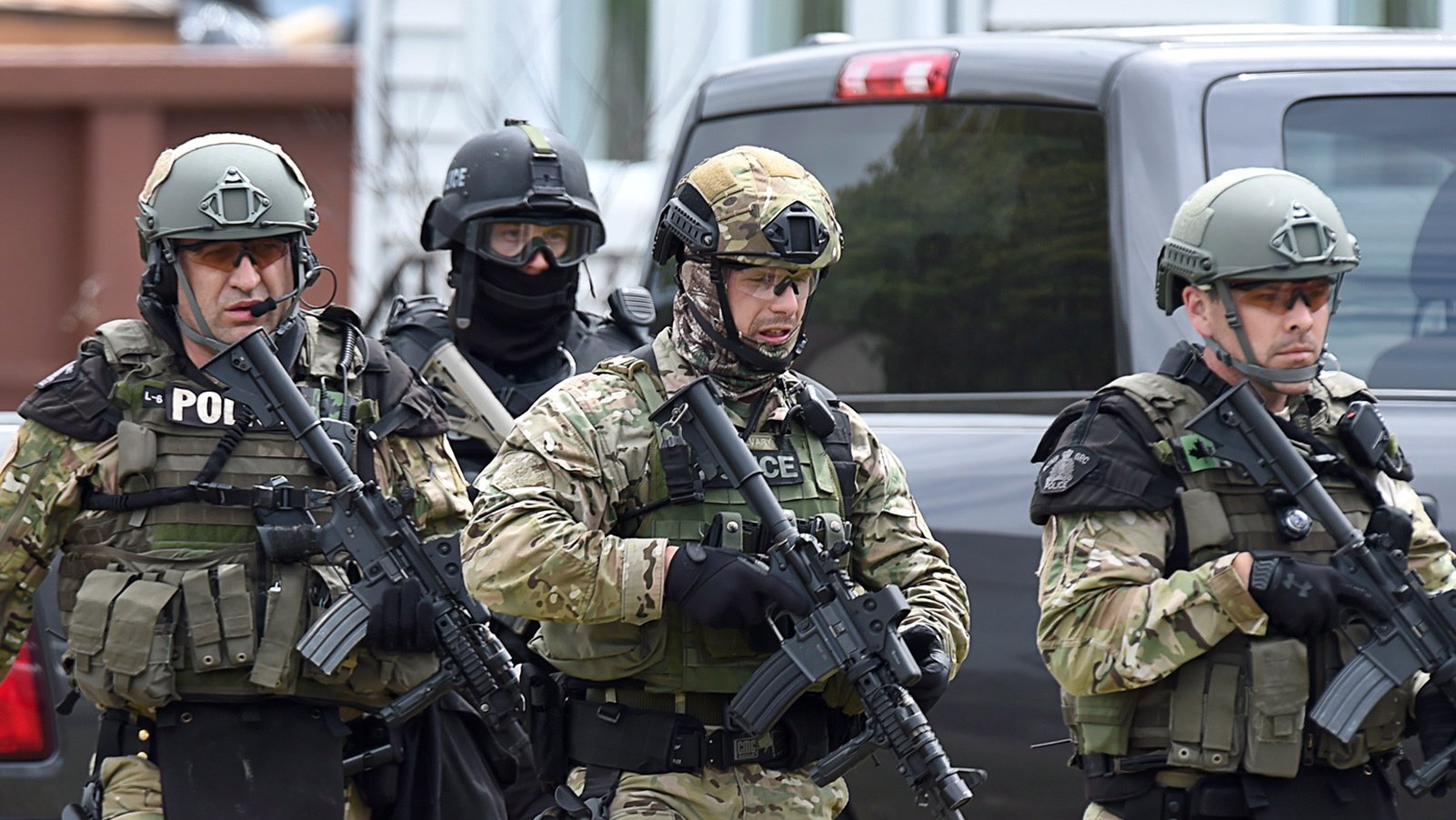 Shooter remains on the loose in Moncton. Three police officers are dead, two more are injured and an armed suspect is still on the loose in Moncton, N.B. this afternoon. Police released a photo of a man identified as Justin Bourque, 24, wearing military-style camouflage. Police say the suspect shot the five officers Wednesday night before going on the run. There were several reported sightings of the suspect Thursday morning, but police were not able to make an arrest. Much of the city remained locked down as police called in reinforcements from neighbouring areas. Residents were told to remain in their homes, while businesses, schools and government buildings remained closed.

Eugenie Bouchard is out at the French Open. The Canadian tenis player lost in the semi-finals to Russia’s Maria Sharapova Thursday, dashing her hopes of moving on to the final round. The 20-year-old from Westmount, Que. put up a nobel effort, winning the first set 4-6, before losing two to Sharapova, 7-5, 6-2. Had Bouchard won, she would have become the first Canadian woman to reach a singles final in the era of Open matches.

Indian minister shocks by saying rape is “sometimes right, sometimes wrong.” Indian Minister Babulal Gaur, an member of the same party as the country’s new Prime Minister Narendra Modi, is under fire for comments about rape. “This is a social crime which depends on men and women. Sometimes it’s right, sometimes it’s wrong,” Gaur, who is the minister responsible for law and order, said Thursday. The ruling Bharatiya Janata Party said the comments were indicative of Gaur’s own personal views, and didn’t reflect the views of the party.

Woman who posed as nurse in Quebec kidnapping case fit to stand trial.  The suspect who police say posed as a nurse and then took a newborn baby from a hospital in Trois-Rivieres, Que. was found fit to stand trial by a judge on Thursday. Valerie Poulin-Collins , 21, faces two counts of two counts of kidnapping. Her bail hearing is set for June 18. The baby was returned safe a short time later after residents recognized a photo of the suspect and alerted police.

GM announces compensation for victims killed or injured as result of faulty ignition switches.  The families of those killed, as well as injured victims, of car collisions caused by a faulty General Motors ignition switch could be eligible for compensation, the company said Thursday. The announcement comes on the same day that GM released the results of an investigation into the ignition switches, which found what CEO Mary Barra called a pattern of incompetency and neglect. At least 13 deaths have been linked to the switches. The amount of compensation has not yet been determined, but victims can apply after Aug. 1.

FILED UNDER: 5 at 5 Moncton shooting