5 at 5: Montreal Canadiens take on Rangers in Game 3 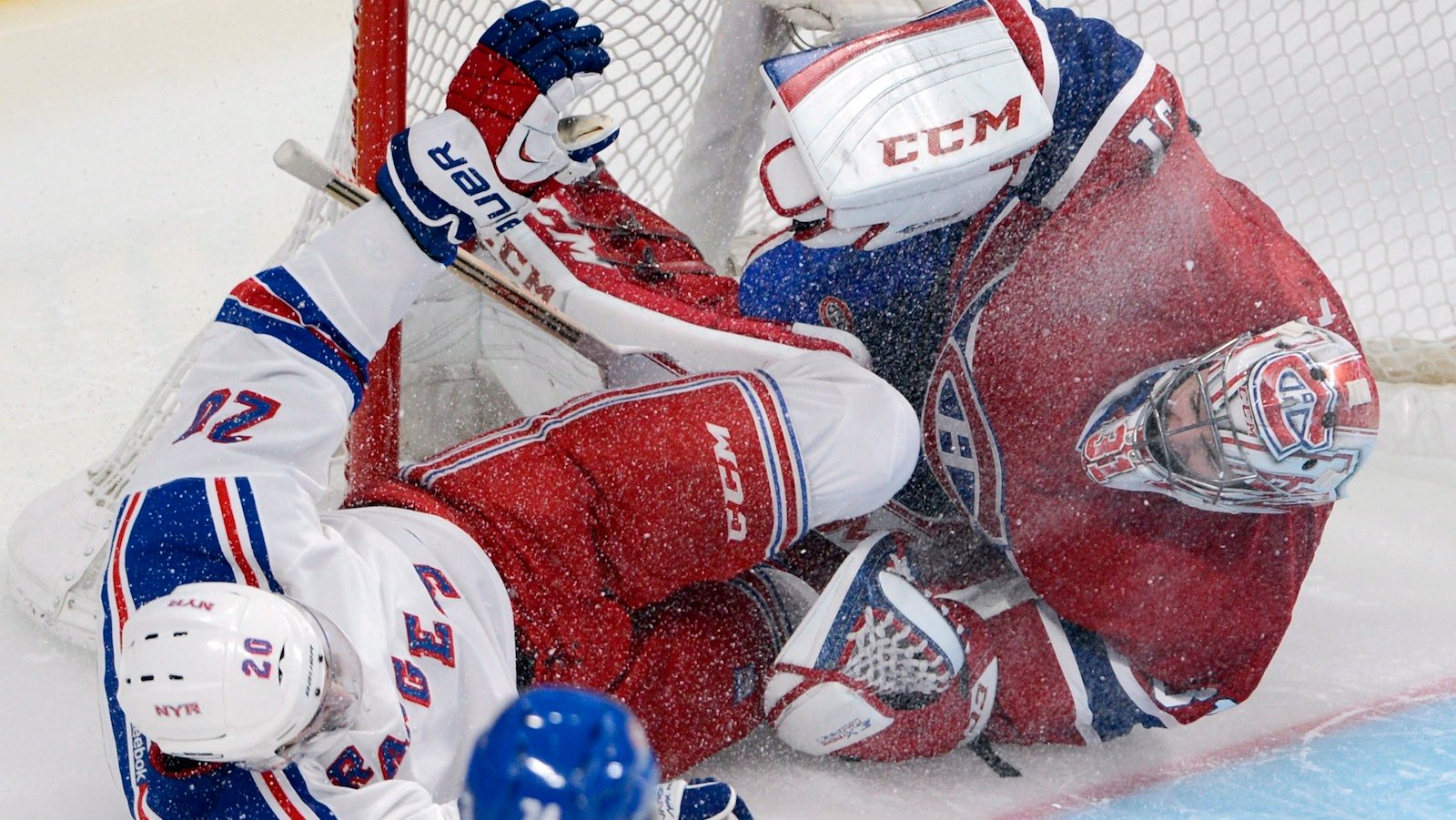 Montreal Canadiens get ready for Game 3 against New York Rangers. Much of the country will be watching tonight, as the last Canadian team in the Stanley Cup playoffs faces off for a much-needed win. The Canadiens are fighting an uphill battle; they’re already down two games and will face the Rangers on their home ice at Madison Square Garden. But the biggest obstacle for the Canadiens is the loss of starting goalie Carey Price, who is out with a knee injury after Monday’s game. Dustin Tokarski, a third-string goalie who has played only 11 NHL games in his career, will start in net for the Habs. The game gets underway at 8 p.m. ET.

Man accused of stabbing five people in Calgary found fit to stand trial. Matthew de Grood, 22, is fit to stand trial, a judge determined Thursday. De Grood has been charged with five counts of first degree murder after a house party in Calgary last month where five young people were stabbed to death as they were celebrating the end of university classes. The stabbing was the worst mass murder in Calgary’s history. De Grood is the son of a senior Calgary police officer. A judge had ordered him to undergo a psychiatric assessment. His next court date is July 22.

Province moves to partial lockout in B.C. teachers dispute. Ongoing negotiations between B.C. teachers and provincial government escalated Thursday as the province announced it will begin a partial lockout, cutting teachers’ wages and reducing the amount of time teachers are permitted to be at school. The lockout begins Monday, the same day teachers in the province are beginning four days of rotating one-day strikes. Both the teachers, and the government, are accusing one another of putting students in the middle of the dispute. Key issues in the dispute include pay, class sizes and the support workers.

At least 14 Ukrainian soldiers dead in attack in Donetsk. On Thursday, the eastern Ukraine city of Donetsk was the site of the deadliest attack on Ukrainian troops since the conflict between Russia and Ukraine began. Heavily armed militants attacked a checkpoint early Thursday, according to reports. However, it is unclear exactly who the militants are and who they worked for, with BBC reporting a source who said they aren’t separatists. The attack was one of four overnight against Ukraine troops, and comes just three days before the country’s presidential election. The good news: Russia does appear to be withdrawing some of the 40,000 troops it had massed near Ukraine’s eastern borders, which could deescalate the situation in Crimea.

Russia and China use UN veto to stop Syria from being investigated by International Criminal Court. A UN Security Council motion that would have allowed the ICC to investigate war crimes in Syria was blocked by Russia and China Thursday. The resolution was widely supported by UN members and human-rights organizations, but Russia’s ambassador Vitaly I. Churkin said it was a “publicity stunt.” At least 150,000 people have been killed so far during Syria’s three-year civil war. Also at the UN today, Ban Ki-Moon released a report saying that the UN is ready to start getting humanitarian aide into the country, which goes against the wishes of the Syrian government.