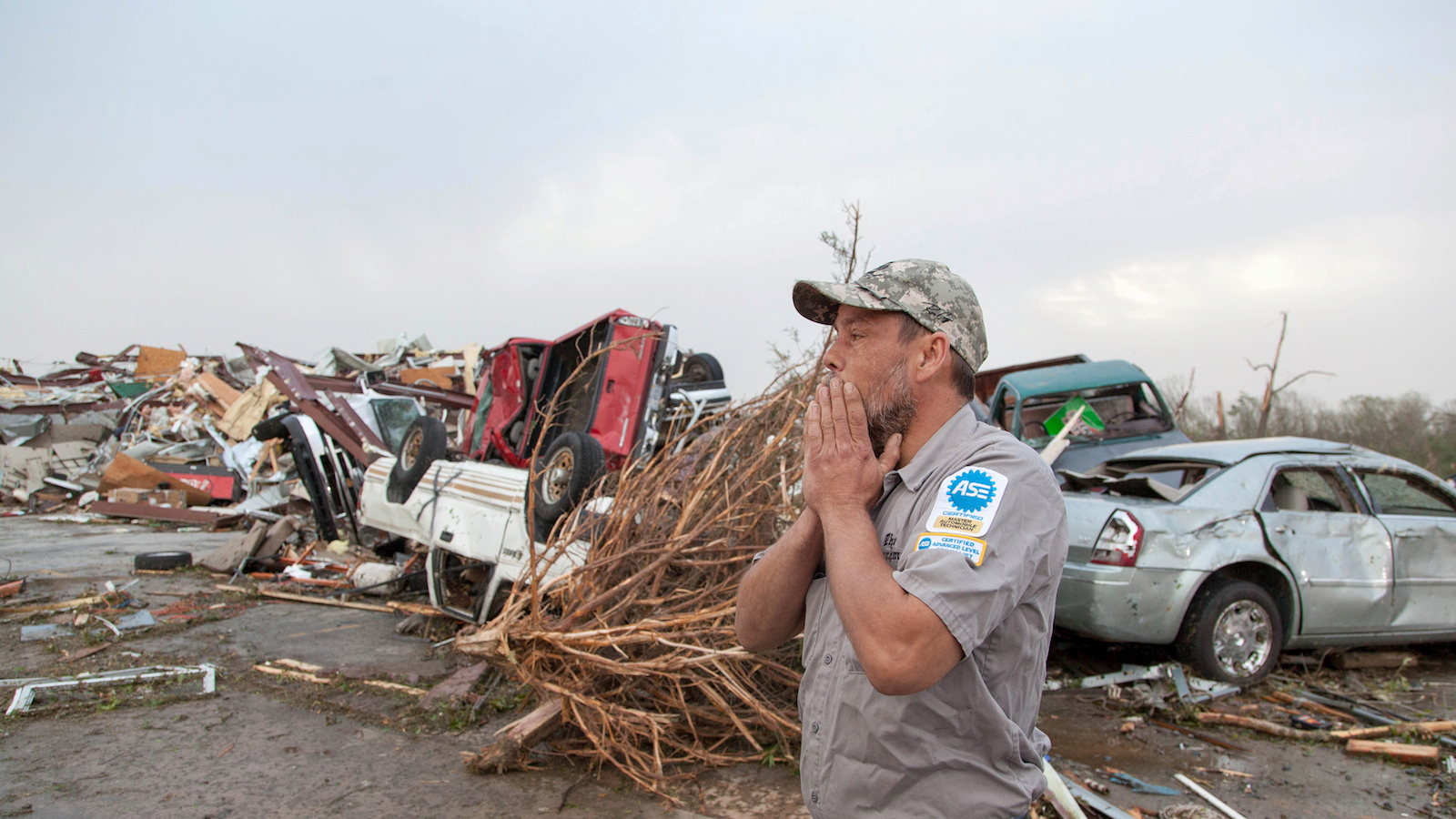 Five of the top stories in the news this afternoon.

More storms on the way after deadly tornadoes rip through Arkansas. Residents are bracing for more bad weather Monday after a series of tornadoes on Sunday ripped through communities in Arkansas, Oklahoma and Iowa, killing 16 people and destroying 70 homes. As of Monday afternoon, the Storm Prediction Center had issued another warning for parts of Alabama, Louisiana, Mississippi and Tennessee, saying that the affected areas were in a “particularly dangerous situation.” Tornadoes were reported north of Jackson, Mississippi Monday afternoon, but there were no reports of injury or damage.

Canada and U.S. tighten sanctions against Russia. Prime Minister Stephen Harper announced more sanctions against two Russian companies and nine individuals, to pressure Russia against its intervention in Ukraine. Also Monday, the U.S. announced its own sanctions, saying it was enforcing travel bans for seven Russian officials and tightening restrictions against more than two dozen Russian companies. Both Harper and a spokesperson for the U.S. government indicated even more sanctions could be on the way, should Russia continue its aggressive actions in eastern Ukraine.

Bashar al-Assad running for re-election. The man whose leadership sparked a bloody, and ongoing, civil war wants Syrians to vote for him again. Syrian President Assad made the news of his re-election campaign official on Monday, allowing the Speaker of the country to announce that he will be seeking another seven-year term. Syrians vote June 3, but it’s not clear how the residents who are displaced or in the areas of heavy fighting will be able to do so. There are six other candidates running for president, but they are only there to give the campaign a “veneer of legitimacy,” reports AP. Assad is expected to win.

Homeland Security tells Americans not to use Internet Explorer. Microsoft’s standard-issue web browser contains a security flaw and should not be used until it is fixed, Homeland Security warned Monday. The warning comes in response to a glitch in Internet Explorer discovered by a private security firm over the weekend. The flaw makes users susceptible to malicious attacks and it is currently being exploited to attack financial and defence firms in the U.S. If users can’t switch from the Microsoft browser, they should disable the Adobe Flash plugin, which is required for an attack to take place. Reading this on IE? May I suggest you click over here, or maybe over here and download a new browser.

Watch out for the exploding whale. The community of Trout River, Nfld. doesn’t know quite what to do with a putrid whale carcass that has washed up in its harbour, right alongside the boardwalk. “The whale is blowing up. It looks as if it’s a big balloon, from a distance,” the town’s clerk tells CBC News. Trout River has been told by various federal departments that the whale is its responsibility, but residents are concerned that the stinking thing could explode as the weather warms up and gasses trapped inside the whale expand. The town is asking for assistance to get the 25-metre-long whale out of the harbour.