Afghan readies for elections, a motive in Fort Hood, Eve Adams presses on, the Lululemon lawsuit and Grumpy Cat 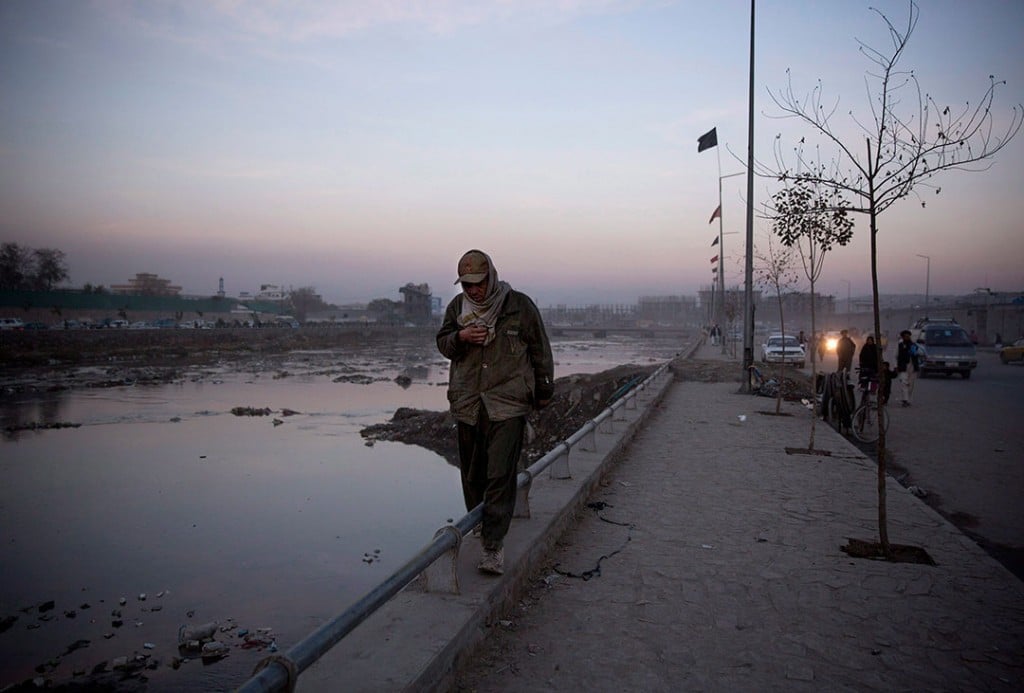 In this Saturday, Nov. 9, 2013 photo, an Afghan drug addict walks along a foul smelling river bed in the center of Kabul. (Anja Niedringhaus/AP)

Afghans prepare for presidential elections tomorrow. The country will say goodbye to President Hamid Karzai who, according to the Afghan constitution, must step aside after more than a decade in power. However, there are fears that any election could be a failure, with widespread fraud expected and the Taliban continuing its campaign of violence and voter intimidation. On Friday, just one day before the election, German photojournalist Anja Niedringhaus, 48, was killed and a Canadian journalist injured when an Afghan police officer opened fire on them. Here are some stunning shots of the country from Niedringhaus. The injured Canadian Kathy Gannon, 60, underwent surgery and is reported to be in stable condition. The pair were accompanying workers who were distributing ballot boxes for the election when they were attacked.

The Fort Hood shooter was angry about paperwork before he returned with a weapon. New information is emerging today about a possible motive for Spc. Ivan Lopez, 34, who shot and killed three people on a Texas military base Wednesday and injured 16 others before shooting himself. Reports say Lopez, who was being treated for mental health issues, was turned away when he requested a leave of absence form. He came back and started shooting, says a soldier who was injured in the attack. The three soldiers killed in the attack have also been named. They are: Sgt. Danny Ferguson, Sgt. Carlos A. Lazaney and Sgt. Timothy Owens. This is the second mass shooting at the base in recent years.

MP Eve Adams will keep fighting. Adams, who is under investigation by the Conservative party over allegations of improper conduct in the Oakville riding where she is seeking nomination, said she is going to continue as planned. “I look forward to winning the nomination,” Adams told the Globe in an interview Friday. Adams, who currently represents a Mississauga riding, but is seeking a nomination in a different, nearby riding, also told the Globe that she hasn’t been in the House of Commons lately because she fell while walking along an Ottawa street and suffered a serious concussion. She has needed time off to recover, she said.

Lululemon will likely win its see-through pants lawsuit. Remember back in March of last year when lulu enthusiasts complained of see-through stretchy pants, leading to a massive stretchy pants recall? That recall caused stocks to tumble and shareholders launched a lawsuit against the company for $2 billion, alleging that the company mislead them about its quality control process and other business practices. Today, it looks like Lululemon is going to come out on top. A judge in New York released a draft decision that said the lawsuit should be thrown out, like so much sheer Spandex. A hearing is expected before the decision becomes final.

A very un-happy birthday for Grumpy Cat. One of the most famous cats on the interwebs turns two today and she celebrated with a frown. Tardar Sauce, better known as Grump Cat, will officially celebrate at a party in New York on April 29. The party is being hosted by Frisky, for which Tardar Sauce is the feline spokescat. The day before her birthday, Tardar Sauce visited Vouge, where she met creative director Grace Coddington and posed alongside other models.