Also: A new prostitution law in Canada and even more allegations against the brothers Ford 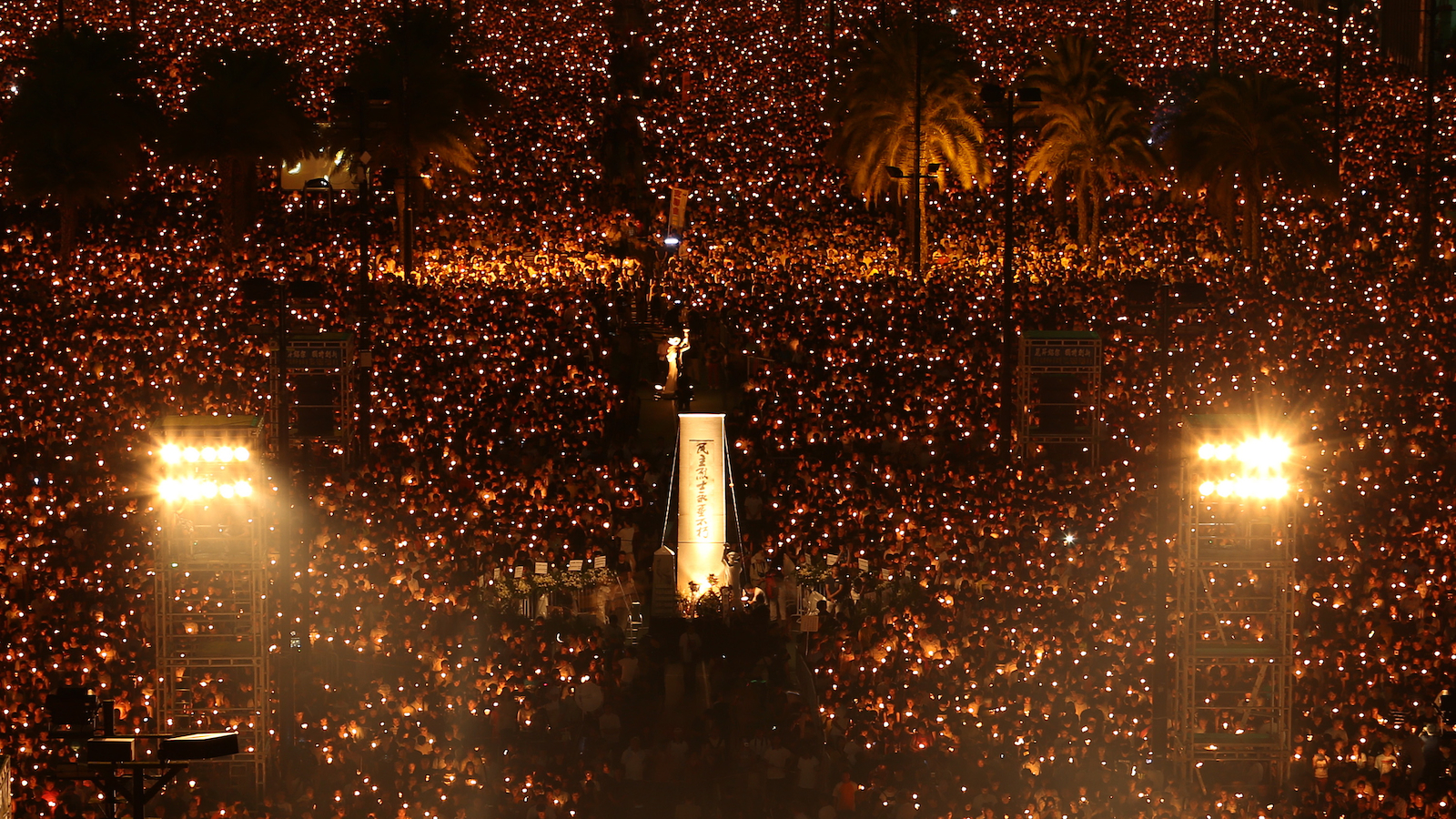 Tens of thousands of people attend a candlelight vigil at Victoria Park in Hong Kong Wednesday June 4, 2014, to mark the 25th anniversary of the June 4th Chinese military crackdown on the pro-democracy movement in Beijing. (AP Photo/ Cyrus Wong)

Tens of thousands gather in Hong Kong to mark Tiananmen Square massacre anniversary. While the Chinese government’s tight security managed to prevent any major demonstrations marking the 25th anniversary of the Tiananmen Square massacre on the mainland, Hong Kong was the one exception in the country. There, tens of thousands of people gathered in the city for a candle-light vigil to remember those killed in a violent government crackdown in Bejing on June 4, 1989. The Hong Kong ceremony included music, video, appearances from well-known Chinese dissidents and calls for the government to apologize for its actions.

The Quebec Liberals table a budget. Premier Phillipe Couillard and Finance Minister Carlos Leitao today introduced the new Liberal government’s first budget, one that aims to balance the books in the province by 2015-16. Two factors, an aging population in the province and the recession, will make that a challenge. The budget contained rather modest austerity measures, as well as a hiring freeze, to get the province back into the black. The tactics are quite similar to the ones used by Ottawa to reduce the size and scope of the federal government, writes economist Stephen Gordon.

Rebels capture bases in eastern Ukraine. Fighting intensified in eastern Ukraine Wednesday, as pro-Russian rebels took three bases from the control of government troops. During fighting at one of the bases, Ukrainian troops had to surrender after they ran out of ammunition. The loss of ground for the Ukrainian military came on the same day that president-elect Petro Poroshenko met with Western leaders and promised to seek a peaceful solution to hostilities in the east. Yesterday, President Barack Obama promised more military support in the region and today, Prime Minister Stephen Harper promised another 75 troops for a U.S.-led exercise in eastern Europe.

Report raises new questions about Rob and Doug Ford’s business dealings at city hall. Toronto Mayor Rob Ford and his brother, Coun. Doug Ford, may have been mixing their family’s label business with city business, suggests a new report from The Globe and Mail. Leonard Rudner, the former vice-president of sales and marketing at Deco Labels and Tags from 2010 to 2011, told the Globe that the Fords were meeting with the international printing company RR Donnelley about contracting out some city printing services, while simultaniously courting the company for a deal with their private family business. Rudner, who is Jewish, decided to come forward with the information because he wasn’t such a fan of Rob Ford’s recorded anti-semitic ramblings and and Doug Ford’s defence of those anti-semitic ramblings. Rob Ford will be able to avoid answering the new questions for a while yet. He remains in an Ontario addiction-treatment facility and is expected to return to politics around Canada Day.