Signs of hope in the fight against Ebola, and far from a settlement in the B.C. teachers' strike 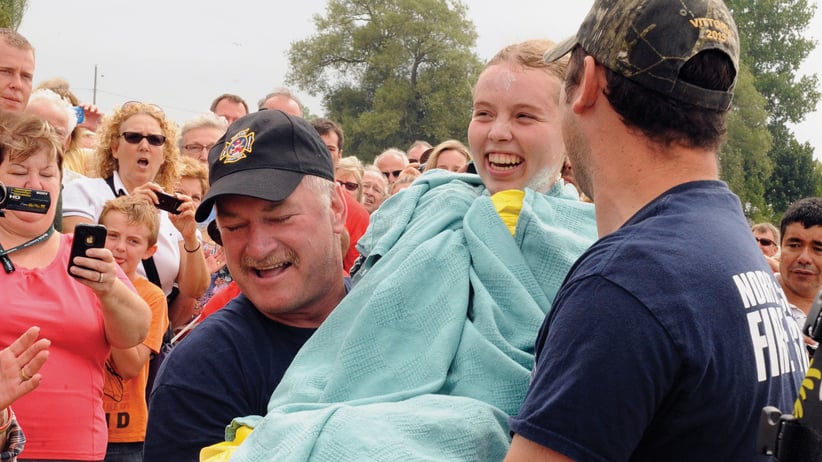 British Prime Minister David Cameron is proposing new legislation that will make it easier for authorities to combat a disturbing trend: Westerners fleeing the free world to wage war alongside Islamist militants. The law would allow police to seize passports from residents planning to join violent groups such as ISIS, which beheaded yet another journalist this week, and ban fighters from returning to the country. Canada, meanwhile, has announced its own countermeasures, including “targeted interventions” aimed at counselling youths who have embraced fanatical Islam. Alone, neither initiative will curb what has become an all-too-familiar problem. But it’s a start.

The race for a cure

An Ebola outbreak in West Africa has killed more than 1,500 people and left entire towns under quarantine. But amid fears of a global epidemic come signs of hope. An experimental treatment developed by researchers at the Public Health Agency of Canada has proven widely effective during clinical trials on Ebola-infected monkeys; all 18 who received the vaccine (a blend of three antibodies known as ZMapp) fully recovered from the virus. At the same time, human trials are about to begin on a second vaccine co-developed by the pharmaceutical giant GlaxoSmithKline. The medication can’t arrive soon enough.

Justice must be seen to be done

It won’t turn back the clock, but it may prevent the past from repeating itself. In Ferguson, Mo.—the St. Louis suburb that erupted into weeks of furious protests after a white cop shot an unarmed black teenager—police officers are now armed with something other than guns: body cameras. An increasingly common tool for law enforcement agencies, the wearable recording devices will help separate fact from fiction in contentious cases such as the altercation that ended with the death of 18-year-old Michael Brown. In this modern age of technology, deciphering the truth is always easier with instant replay.

Obesity is a state of mind

Why do we crave chips instead of cucumbers? Or chocolate cake instead of cherries? Because most of us have trained our brains to desire junk food. The good news? A new study says we can reprogram our minds to be addicted to healthy alternatives—by sticking to a strict, low-calorie diet for six months. In time, the researchers say, we’ll instinctively crave fruits and veggies over pies and ice cream. 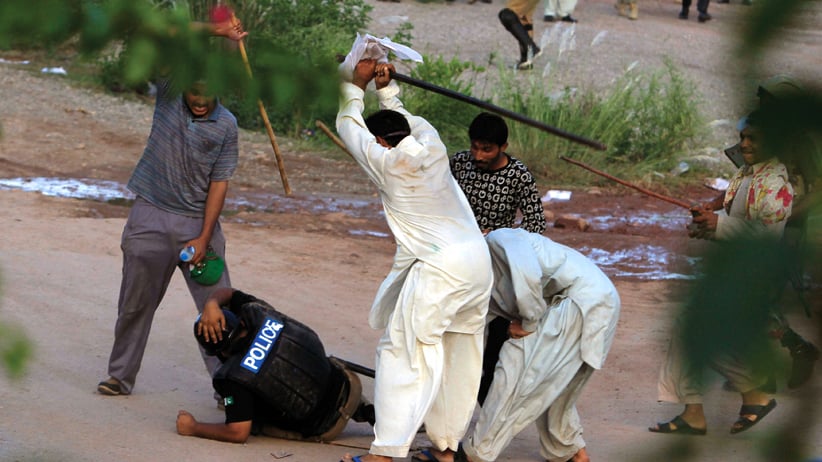 No more teachers, no more books

It was back to school this week for students across the country—except in British Columbia, where a bitter teachers’ strike has led to cancelled classes and furious parents. The province and the union remain far apart on key contract issues, from wage hikes to signing bonuses to benefits, and a settlement looks nowhere in sight. The education minister is promising to give parents up to $40 a day to cover the cost of temporary daycare—a “bribe,” according to the president of the B.C. Teachers’ Federation. Perhaps both sides should try channelling their inner kindergarten student—and learn to compromise.

Ignoring months of protest rallies calling for free, democratic elections, China’s legislature did what most observers expected, refusing to allow major voting reforms in Hong Kong. Insisting that candidates for the city’s top leadership position must “love the country, and love Hong Kong,” China’s Communist Party enacted numerous procedural barriers that will ensure Beijing keeps a firm grip on the post. For Hong Kong’s legislature, the options are bleak: adopt a voting plan based on China’s demands, or keep the current system, in which the leadership position is not elected by voters.

Canada’s favourite coffee shop enjoyed a banner week on stock markets—but not in front of Ontario’s Human Rights Tribunal. Fresh off its megadeal with Burger King, Tim Hortons was ordered to pay $12,500 plus three months worth of lost wages to a former restaurant designer who was fired, in part, because she suffered from a disability that forced her take time off work. “The decision to terminate the applicant’s employment was influenced by discriminatory factors,” the tribunal concluded in an exhaustive ruling. “[She] is entitled to monetary compensation for injury to dignity, feelings, and self-respect.”

We repeat: don’t drink and drive

Why is that message still not getting through to some people? Olympic sprinting champion Donovan Bailey was fined $1,500 and barred from getting behind the wheel for a year after pleading guilty to a drunk driving charge. An off-duty police officer from Brantford, Ont., is facing similar charges after a crash left a friend clinging to life. And in Alberta, a 21-year-old man was clocked at 149 km/h—and well over the legal alcohol limit—with six children in the back of his minivan.