Good news, bad news: A diet that works and an early winter

A manipulated study, an anti-ISIS coalition, and other good or bad stories that caught our eye this week 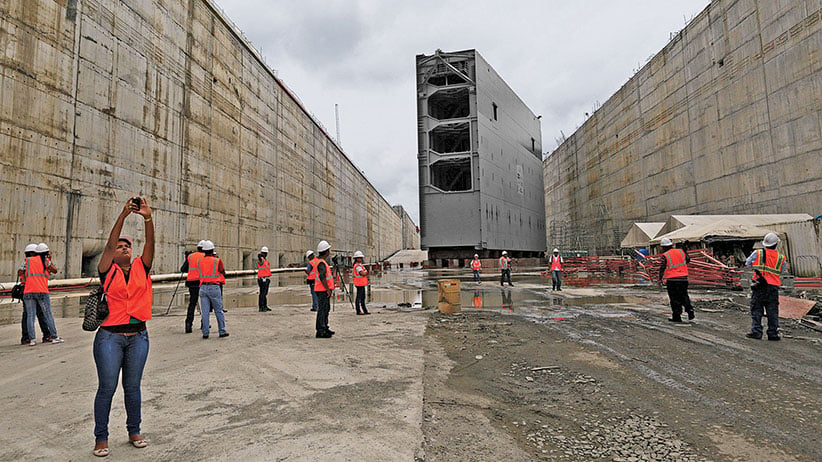 A “core coalition” of nations, including Canada, is banding together to confront the murderous Islamist militants committing human rights atrocities in Iraq and Syria. Led by the United States, the allied nations will provide military, intelligence and diplomatic resources to “degrade and ultimately destroy” ISIS, the army of zealots that has killed hundreds of innocent people, including two American journalists. Canada’s contribution includes equipment for Iraqi troops and a small contingent of special forces advisers. As Foreign Affairs Minister John Baird told reporters, ISIS is a “barbaric terrorist organization” and “inaction is not an option.”

Like most police agencies, the RCMP issues its fair share of stale press releases. But a Mountie in Cochrane, Alta., typed one for the ages after a thief jumped behind the wheel of Brody Leimer’s tow truck while he was trying to hook up a car. “Brody was left with few choices: jumping out of the moving car onto the highway, stay in the partially attached car and await his fate, or do what any superhero might do,” said the RCMP release. “Tires popping from being dragged, sparks flying, Brody jumped from the vehicle onto his tow truck” and tossed the culprit onto the road.

The one diet that really works

In yet another study that may help turn the tide in the battle against obesity, U.S. researchers have discovered that it’s all in your head, not your stomach: the whiff of appetizing food is more appealing to overweight people because their brains have different levels of dopamine, the so-called “pleasure chemical.” But a separate study appears to have discovered the real secret to weight loss: pick a diet—any diet—and stick to it. Researchers at McMaster University and the Hospital for Sick Children say the difference in results from one trendy diet to the next is negligible, at best. In other words, the most effective diet is the kind that’s followed.

It was such a groundbreaking week in the high-tech world that it’s hard to imagine how we ever survived before. Apple revealed its foray into the growing trend of “smartwatches.” Twitter announced the launch of a “buy now” button, allowing users to make online purchases faster than ever before. And there’s a new hairbrush on the market that doubles as a cellphone case—perfect for snapping selfies in front of the bathroom mirror. 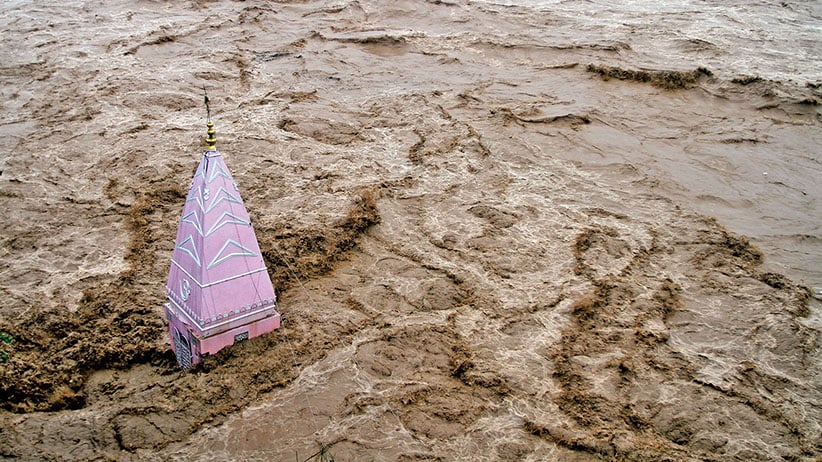 A temple stands in the overflowing waters of the Tawi River in the Kashmir Valley, which has seen the worst flooding in two decades. (Mukesh Gupta/REUTERS)

In case there was any doubt, Dutch air safety investigators have concluded that Malaysia Airlines Flight MH17 broke up in the sky over eastern Ukraine last July because “a large number of high-energy objects” ripped apart its fuselage. While the Russian-backed rebels suspected of firing those objects are currently adhering to a shaky ceasefire with Ukrainian forces, their patron, Vladimir Putin, is hardly backing down. Facing new sanctions, his government is vowing to retaliate by closing Russian airspace to Western carriers—and a Canadian warship in the Black Sea was buzzed by three military planes in a clearly provocative challenge. Where will it end?

Baltimore Ravens running back Ray Rice was charged with aggravated assault after punching his fiancée in a hotel elevator and knocking her unconscious. Suspended for two games, the talented football player apologized at a press conference and vowed to be a better man. But only last week, when the gossip website TMZ published surveillance footage from the night of the assault—an utterly vicious attack—did the Ravens decide to tear up Rice’s contract and cut him from the team. It’s now the league, not the player, that has some explaining to do. Did no one from the NFL see that horrific video before it was leaked? Or were they hoping it stayed secret?

Another week, another reason to harbour doubts about your doctor. A once-celebrated researcher at the University of Calgary has retracted another two studies because they contained “manipulated” data—bringing Dr. Cory Toth’s total number of tainted papers to nine. (He has shifted the blame, saying he “failed to supervise” others in his lab.) A separate study, meanwhile, has concluded that a majority of critically ill hospital patients receive too little nutrition, making them more likely to die or endure a longer recovery.

Remember that horrific winter that ripped up roads, cancelled grain deliveries and basically ruined everything, from residential water pipes to Canada’s gross domestic product? It’s ready for a comeback. Yes, the calendar still says summertime, but snow has already fallen in Calgary, triggering power outages and broken branches, while frost warnings were issued for parts of Saskatchewan. The only bright side? At least the winter weather means hockey is on the horizon, too.