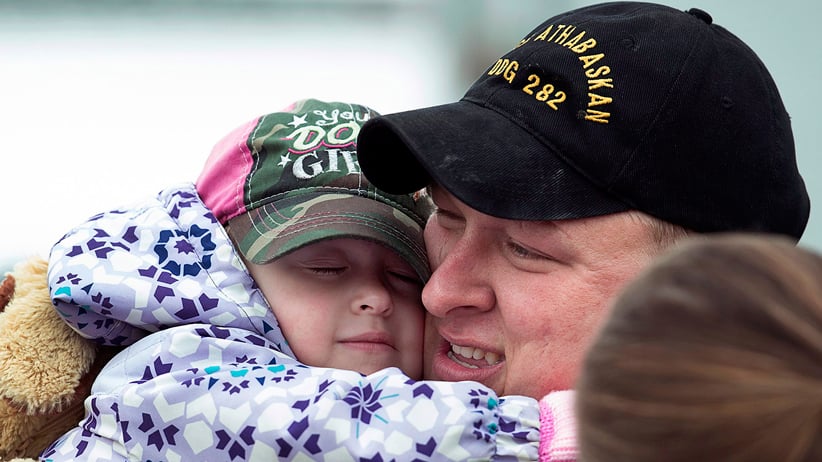 Taking it to the extremists

Canadian warplanes have begun hitting targets in Iraq, including bulldozers and other equipment used to build fortifications for extremist fighters. There’s little doubt that this is a just war against a vile and dangerous enemy. Recent reports of mass killings by Islamic State fighters include women and children, and the madmen who killed two Canadian soldiers in recent weeks were reportedly inspired by the movement’s radical ideology. But let’s not kid ourselves about what’s ahead. As French President François Hollande warned during a visit to Canada this week, air strikes are the easy part; the real work will be restoring peace on the ground.

Korean automakers Hyundai and Kia were recently slapped with a combined US$100-million fine for inflating their cars’ fuel-economy ratings. When coupled with a $400-million civil settlement and $200 million worth of forfeited emission credits, the total bill for parent Hyundai Motor Co. is in excess of $700 million—a number that should give pause to others who have made similarly questionable claims. It’s about time, too. With a new UN report warning of “severe, pervasive and irreversible” consequences from climate change, the last thing we need are companies duping consumers who are actually trying to make a difference.

Prime Minister Stephen Harper was in Beijing this week in an apparent bid to warm frosty relations and drum up business. Similarly, Ontario Premier Kathleen Wynne recently returned from China after securing $1 billion worth of investment for the province. Though such trips may irk Canadians wary of China’s human rights record, it nevertheless recognizes the growing economic clout of the country of 1.3 billion—not to mention Canada’s desperate need for more opportunities abroad.

Conservationists and the city of San Antonio have scored a victory in their effort to protect the world’s largest bat colony. A $20-million deal struck with a local developer will create a buffer zone around the Bracken Bat Cave and its 15 million nocturnal residents. It wasn’t purely about saving winged mammals, mind you. There were fears about swarms of displaced bats congregating around street and porch lights, or winding up in backyard pools. The pact, fittingly, was signed on Oct. 31. 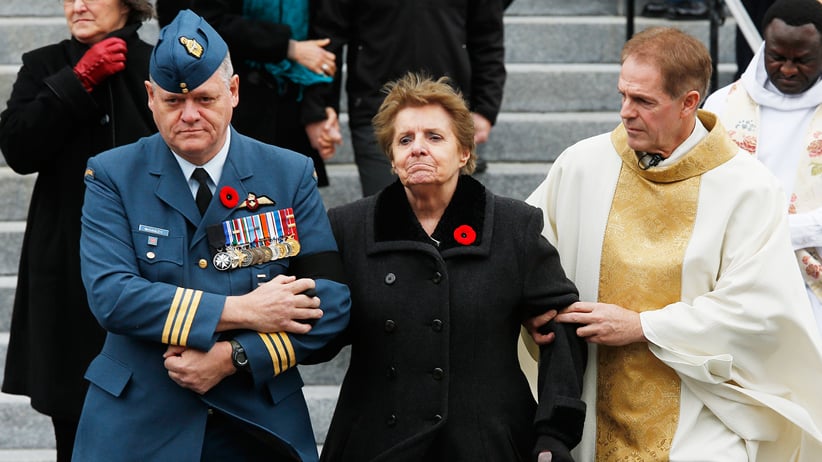 A mother’s grief: Guerette Vincent is escorted from the funeral for her son, Warrant Officer Patrice Vincent, who was slain on Oct. 20 in Quebec. (Chris Wattie/Reuters)

The Bank of Nova Scotia is cutting 1,500 jobs, as many as two-thirds of them in Canada, as it clamps down on costs. Though there’s nothing wrong with running a tight ship, such moves are unlikely to sit well with still-struggling Canadians, particularly since they come in the wake of the bank’s record profit of $6.7 billion last year. Similarly, the Royal Bank of Canada’s best-ever 2013 earnings happened to coincide with a scandal over its use of temporary foreign workers, while former TD boss Ed Clark recently remarked that bank CEOs, including himself, are paid far too much money. Perhaps it’s time to make Canada’s cozy banking sector a little less so.

The girls are gone

Hopes for the safe return of 200 kidnapped Nigerian schoolgirls have been dashed, along with reports of a negotiated ceasefire with Boko Haram. The militant group’s leader, Abubakar Shekau, recently denied there was a truce with Nigeria’s government and laughed off the prospect of the girls coming home, saying they had all been converted to Islam and married off. And so the violence continues. Boko Haram is suspected in a suicide bombing that killed 15, as well as a daring prison break that left 132 inmates, many believed to be rebel fighters, at large.

Manitoba Premier Greg Selinger was forced to replace five cabinet ministers this week after an open revolt against his leadership. The ministers, including those overseeing finance and justice, stepped down, citing turmoil, and protesting their inability to speak their minds. “It has become clear to us that he is increasingly being driven by his desire to hold onto his leadership, rather than by the best interests of Manitobans,” they said. At the same time, in Alberta, Wildrose’s Danielle Smith called for a leadership review after her party lost four critical by-elections last month, but has now backtracked.

One step forward, two steps back

Apple CEO Tim Cook’s recent decision to tell the world he’s gay, and proud of it, has been lauded as a victory for human rights. But there were several reminders this week of how far the world still has to go. In response to Cook’s statement, Russian officials tore down an iPhone-shaped monument to the late Steve Jobs in St. Petersburg. In Egypt, meanwhile, eight men were jailed for appearing in a video that purported to show a gay marriage ceremony on the banks of the Nile.