Good news, bad news: The best and worst news of the week 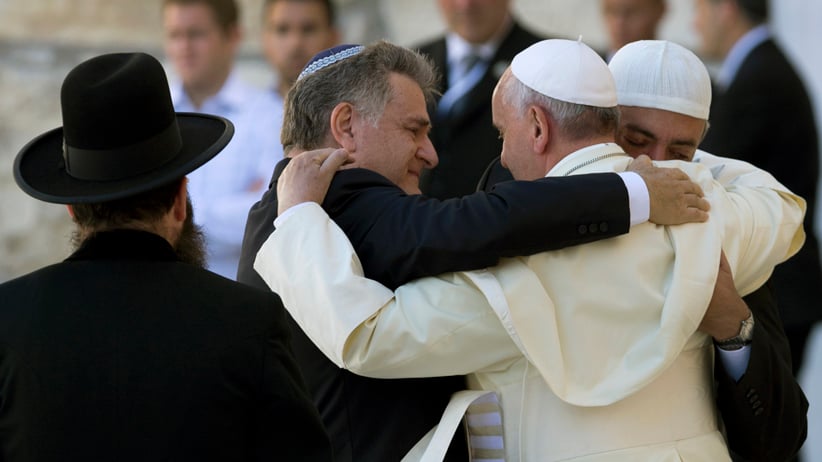 The right man for the job
Election day in Ukraine wasn’t as grim and tumultuous as many feared. Ukrainians went to the polls on Sunday where they elected 48-year-old chocolate tycoon Petro Poroshenko as president in a landslide victory. Poroshenko, a proponent of forging closer ties with the West while also negotiating with Russia, took more than 50 per cent of the vote. He told supporters at his election headquarters in Kyiv that his first steps will be to end “the war, the chaos, the unrest, and bring peace to Ukraine.” With reports of heavy fighting against pro-Russian separatists in Donetsk this week, he will have to act quickly.

Making amends
En route to his historic visit to the Middle East, Pope Francis announced that he’ll be taking a zero-tolerance stance toward sex abuse in the Church. He will also meet with victims at the Vatican in the next few months. Some are skeptical: The executive director of the U.S.-based Survivors’ Network of Those Abused by Priests has described the meeting as a “meaningless” symbol. Hardly. There is no more important thing the Catholic Church could do at this moment, or a better step in the right direction.

Fit for a king
After nearly a year of legal battles, a British court ruled the bones of King Richard III will remain in Leicester, where they lay in an unmarked grave for 527 years before being discovered under a parking lot in 2012. Descendants of his siblings had wanted a nationwide discussion over where the last king slain in battle should be buried. Now, Leicester Cathedral is preparing an elaborate funeral befitting a monarch. It has to be better than his current surroundings: an anonymous box in the local university. RIP, finally.

Dressed-down code
When eighth grader Tallie Doyle was sent to the principal’s office at her Ottawa elementary school recently for violating a dress code prohibiting spaghetti-strap tank tops, she and her mother publicly challenged the policy as sexist and silly. After all, there is nothing provocative about a 14-year-old girl baring her shoulders; it’s something boys do across the country to little controversy (whether they’re permitted to do so at school or not). Doyle’s school has yet to change its antiquated policy, but it should. Dress codes can be useful, but they should also be fair. 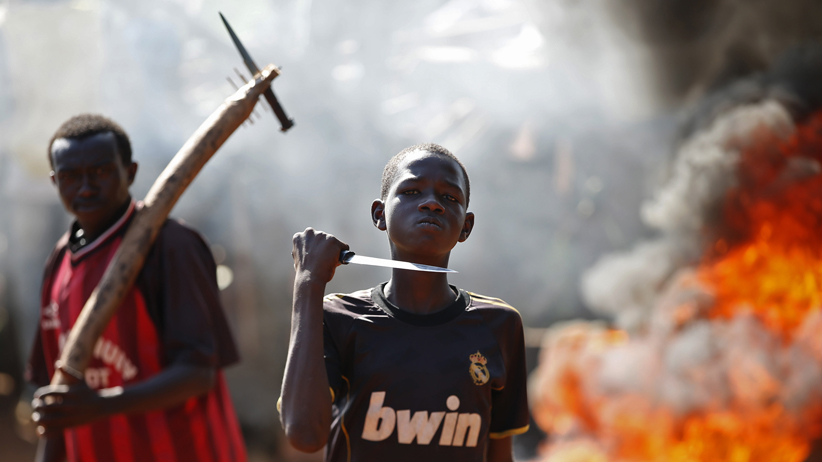 A boy gestures in front of a barricade after French troops opened fire at protesters in the Central African Republic town of Bambari. Goran Tomasevic/Reuters.

Intolerant acts
It appears anti-Semitism is on the rise in Europe, where last weekend a gunman in Belgium shot and killed four people at the Jewish museum in Brussels. That was followed on Monday by a number of far-right nationalist parties, many with openly anti-Semitic views, seeing big gains in the European Parliament elections. Europe isn’t alone in this problem either: According to a recent survey conducted by the Anti-Defamation League, there are, worldwide, 70 anti-Semites to every Jew.

Military rule
Tourists in Thailand may not have experienced immediate danger when the military staged a coup last week. But the same can’t be said for more than 200 dissenting journalists, activists and academics rounded up by the military under Gen. Prayuth Chan-ocha and detained in the coup. Several jurisdictions, including the U.S. and Hong Kong, have now issued official warnings against travel in Thailand, where the country’s ailing king, Bhumibol Adulyadej, has endorsed Chan-ocha as the nation’s rightful leader. The military has also issued warnings against protesting the takeover. Democracy in Thailand may finally be broken beyond repair.

Unfriendly eavesdropping
Facebook is rolling out yet another dressed- up, privacy-invading feature, this time an audio-recognition app that enables the social-media giant to listen in via smartphone mics to identify songs users are listening to and TV shows they are watching— the supposed benefit being that Facebook will be able to tell users’ friends what they are doing based on audio inference, without users having to tag the activity themselves. The app is optional, of course, but once users opt in they know little about what Facebook will do with their information.

Tone-deaf World Cup
Preparations for the 2014 FIFA World Cup in Brazil went from bad to awful this week when hundreds of protesters—angry and frustrated with the spiralling cost of the event and political corruption—stalled the Brazilian team’s bus in the streets and plastered it with anti-World Cup stickers. To add insult to injury, there’s now a growing backlash against the official World Cup theme song: a pop ballad sung by Pitbull and Jennifer Lopez, neither of whom is Brazilian. Also, as one Twitter critic noted, it has “a Caribbean beat, not a Brazilian beat. Did they mix up where the World Cup is happening?”