Letters: 'The institution of the monarchy is a historical absurdity' 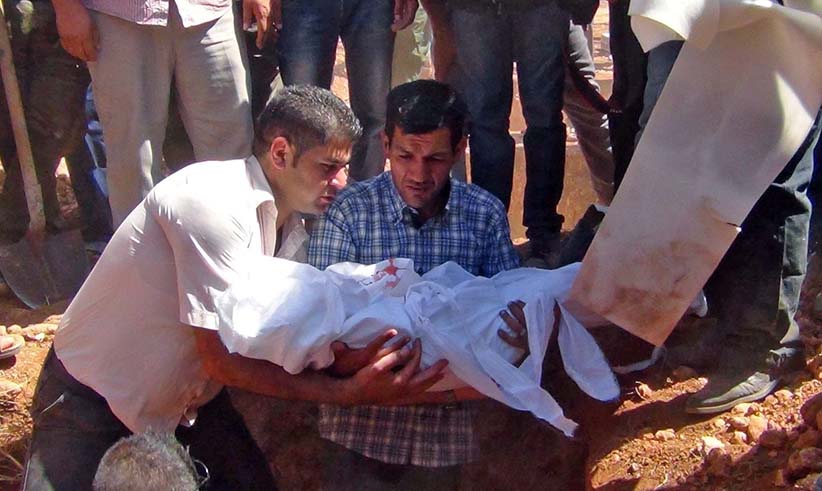 What an eclectic array of pictures you selected to reflect 2015 (“The year in pictures,” Dec. 21). I really do not think that it was necessary to print the picture of Alan Kurdi as a double-page spread again. I find it extremely upsetting as a mother and grandmother. I have great sympathy with the Kurdi family and cannot imagine the grief they must still be suffering. I understand that this picture keeps the refugee crisis as a discussion topic in the public domain and am proud that Canada is doing its part in giving homes to Syrian families. I feel that we do not have to keep seeing this picture to be reminded that it was an unforgettable moment in 2015.

By now, all Canadians are well aware of the tragedy that took the life of little Alan Kurdi; a two-page spread in “The year in pictures” seems redundant. It also seems to me that the entire point of reliving this tragedy and, somehow, vaguely placing the blame on Canadians and others who “haven’t cared enough” is misplacing the blame entirely. We should ask ourselves whether we, too, would have risked the life and limb of family members by placing them in a flimsy inflatable boat without life jackets to make a long journey to a “freedom” not much different from that on the shores they had just left. Had this sad event occurred in Canada, the person responsible for the voyage undoubtedly would have been found guilty of criminal negligence. Sad as the outcome has been for Abdullah Kurdi and his family, the fault was his and not the responsibility of millions of big-hearted North Americans and Europeans. Enough of the guilt.

How can anyone look at the photo of Alan Kurdi and not get emotional? This iconic image will stick in my mind as a representation of a crisis. It will join other images such as the girl burned by napalm during the Vietnam War, the famine in Ethiopia during the mid-1980s, and the man standing up to a tank in Tiananmen Square. May we never forget!

As always, I very much enjoyed your “Year in pictures” edition. I must admit I was disappointed that you did not include a picture demonstrating the suffering of the citizens of Israel. They are forced to live with constant threats of weekly and sometimes daily terrorist drive-by shootings and stabbings. One such drive-by shooting, on Nov. 19, killed an innocent, beloved teacher, who had taught in Toronto, just hours after two other people were stabbed and killed by a Palestinian terrorist. Is this not part of the history of 2015, or are we immune to what happens there?

I was just wondering if you were going to change the name of Maclean’s to Trudeau’s. Honestly, is there nothing else you can put on the cover except a photo of Justin?

I did not vote for Justin Trudeau. But we elected a young PM, with a young family, and as he performs his many duties and travels to foreign places, I am positive that Canadians are happy that his young family are well cared for, happy and safe (“Who’s minding the children?” National, Dec. 21). I do not begrudge them one cent for that peace of mind. After all, they are Canada’s first family! 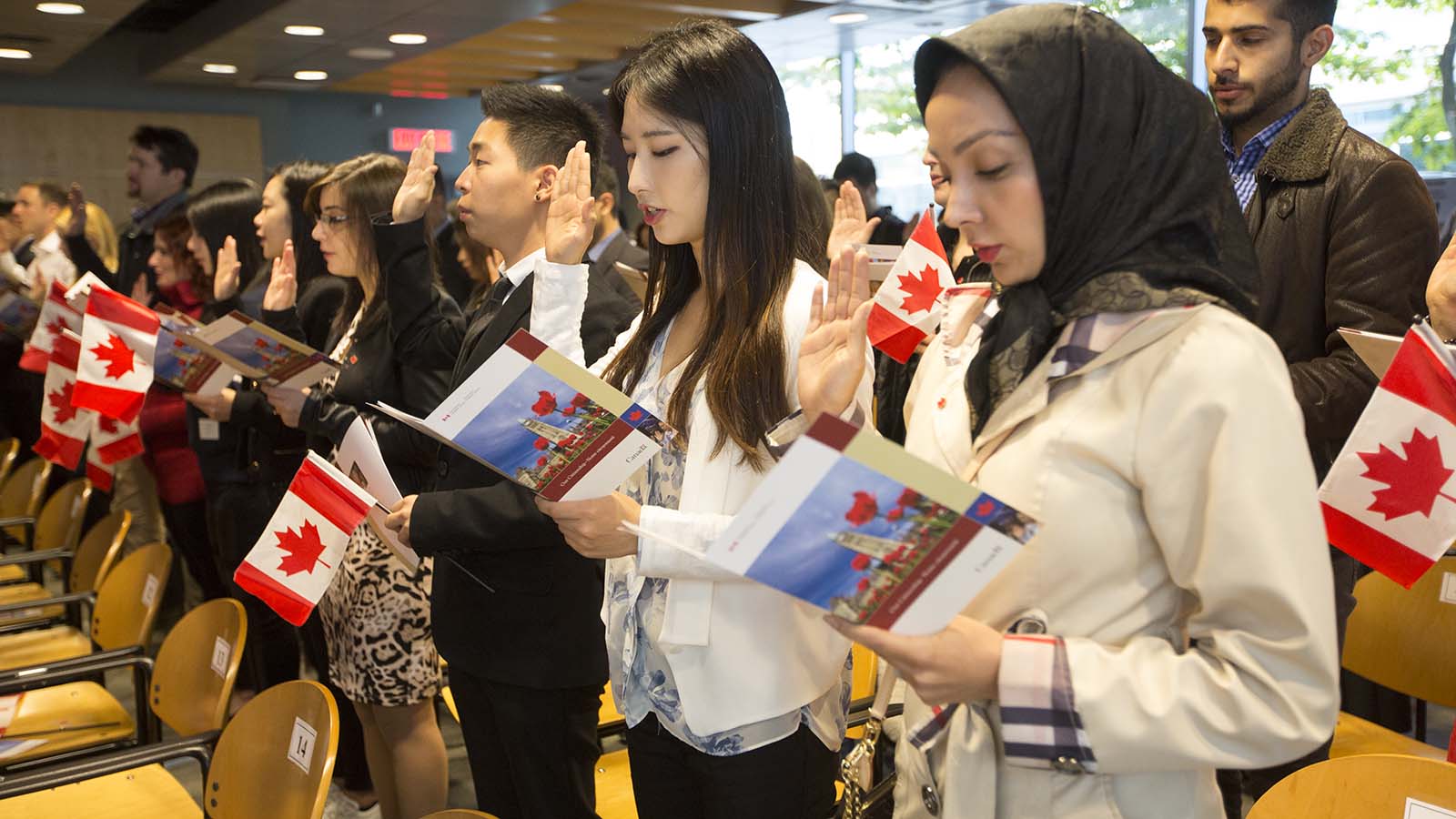 If every Canadian had, at one time, been required to swear a pledge of allegiance to the Queen—as new Canadians must—the oath would by now be long gone (The Editorial, Dec. 21). If it were not for the many of what you call cranks, complainers, grousers and hypocrites, we would still see the Union Jack flying over schools in which children are singing God Save the Queen while staring at an image of Her Majesty on the wall behind the teacher’s desk. I admire the Queen for the sacrifice she has made in fulfilling what she senses to be her duty. But the institution of the monarchy is a historical absurdity.

Your Dec. 21 editorial hit the nail on the head but there are still disturbing issues that need to be addressed. Why would a citizenship judge accept an oath when the person swearing it has made clear beforehand that one part of it will be recanted? Can more be recanted later, as being inconvenient? Why should anyone believe that the rest of the oath is being given in full sincerity? Isn’t the recantation an admission of lying under oath—or is that OK to the Ontario Court of Appeal? Why do the Ontario Court of Appeal judges not see the necessity of a complete acceptance of an oath if it is to have any integrity, not just the convenient parts?

Allegiance to Canada is much more important and meaningful than allegiance to a foreign queen. If, according to the Ontario Court of Appeal, the “Queen is the symbolic apex,” and according to your Dec. 21 editorial, forces no one to obligate his or herself on political matters, why do you take the position that those who are staunchly Canadian in their preferences of allegiance, are “cranks and grousers”? I and millions of others who would lay down our lives for this country, scratch our heads in wonderment why our parliamentarians pledge allegiance, not to Canada but to a foreign queen. This is the same reasoning that gave birth to a Canadian flag, devoid of foreign symbols.

Australia switched from a citizenship oath like ours to this pledge of commitment, in 1994: “From this time forward, I pledge my loyalty to Australia and its people, whose democratic beliefs I share, whose rights and liberties I respect, and whose laws I will uphold and obey.” In doing so, they gained a formal commitment to democracy, freedom, tolerance and diversity. What they lost is an archaic oath of fealty to the British royal family.

Apparently Zunera Ishaq is a “real Canadian before she was ever Canadian” (Heroic Measures, Newsmakers, Dec. 14) for refusing to remove her niqab while taking the oath of citizenship—even though a vast majority of Canadians disagreed with her. In your editorial of Dec. 21 regarding Dror Bar-Natan you indicate that “Canada is not an à la carte proposition” since the oath to the Queen is “actually an essential component of Canada’s remarkable tradition of freedom, tolerance and diversity.” So my question is, if allegiance to the monarch is an essential component of being Canadian, what happened to the belief amongst a majority of Canadians that uncovering your face at a swearing-in is also part of being Canadian? In both cases the courts agreed with the individual dissenters and not with the majority of Canadian citizens. Yet in the eye of Maclean’s, one is a hero and the other not. The mind boggles!

As the media vigorously tries to find out how certain individuals are radicalized, I wish they would do the same for the outrageous, big-mouth Republican candidate Donald Trump, and find out who has radicalized him (“Trump, Hitler and the arc of history,” Scott Gilmore, Dec. 21). The man seems to be filled with anger and hate against the entire 1.2 billion followers of Islam, the majority of whom are law-abiding citizens, leading normal lives like everyone else. He is acting exactly the same as fanatics and extremists whose actions we all condemn and abhor as they try to divide us and create mistrust and hate between humans. It is sad to see a respected, wealthy American who is running for the highest office in the country behaving like an ignorant fanatic. I pray that the U.S. will not be cursed to have a man like him as its commander-in-chief. 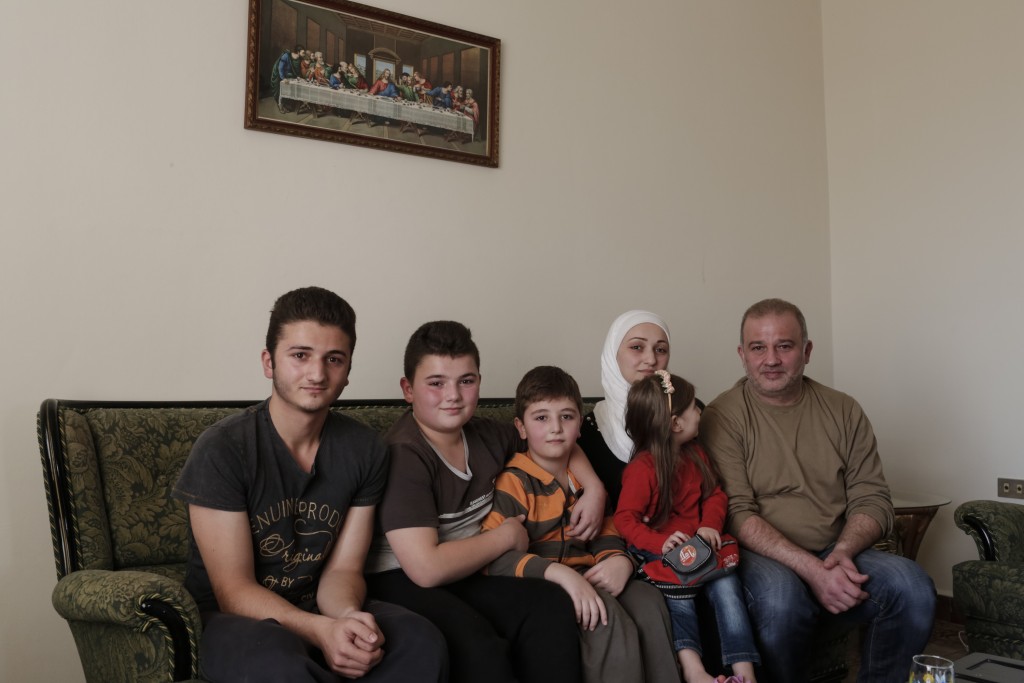 How big are our hearts?

The story of the Alftih family (“Surviving the ‘Passage of Death,’ ” National, Dec. 21) brought home to me the horrors that millions around the world continue to face daily. Up to now I read, with sadness, of their plight, but only after reading this story did I feel moved to get involved. At this moment I don’t know what small candle I can personally light to help as a Canadian who is retired and living in luxury. I shall encourage my church to take some active role to bring hope to some family. Thank you for lighting the candle. Now it is my job to keep it burning.

That approximately $800 million of taxpayer money to bring in Syrian refugees to Canada in the first year alone is ludicrous. They will be provided with free housing, clothing, and health care. Look back to the 1950s and ’60s, when it took years to legally come into the country and the government denied any help. Those people came in with the clothes on their backs and the money in their pockets. Now we have veterans who have to fight for benefits that should be provided with no questions asked. We have seniors who are no better off and now many are relying on food banks to make ends meet. We have thousands of children in poverty, homeless living on the streets, and many families who went without heat in their homes last year because they could not pay their hydro bills. Are refugees more important than Canadians? I feel that the monies being spent on the Syrian refugees would be better spent on eradicating poverty, leading to a more productive life for Canadians.

Bravo to Øystein Baadsvik for his attempts to elevate the underappreciated tuba to where it belongs (“A lonely war on the tyranny of omph,” Music, Dec. 14). Of late, I tire of always sitting at the back of the band, always sharing bass lines with lower woodwinds and other lower brass who themselves get interesting parts of their own. In all that time I have had one solo, and other players were quick to offer to play their tuba cues to help me, because they wondered if I could handle it. Combined with being bloody heavy to lug around, especially as I age, my choice of this instrument in 1969 carries a touch of regret.

I don’t begrudge the Trudeaus a nanny (“Who’s minding the children?” National, Dec. 21). Or even two nannies. But a millionaire with a trust fund, who earns $334,800 annually as Prime Minister, can pay for his own babysitters. This is even more gross, given that during the campaign, Justin Trudeau repeatedly said he wouldn’t take the $160/month Universal Child Care Benefit because it unduly advantaged wealthy families like his. It becomes even more difficult for Trudeau to defend the cost when you consider that he didn’t hire the nannies when he became Prime Minister. He simply transferred the cost to us. Canadians should not forget that Prime Minister Trudeau actually issued a special cabinet order backdated to Nov. 4, the same day that he was sworn in as Prime Minister, to cover his personal child care expenses. That makes the public funding for the care of the Prime Minister’s children one of the first official acts of his government. Is this the “real change” that Justin Trudeau promised?