Letters: 'We have much to appreciate and celebrate' 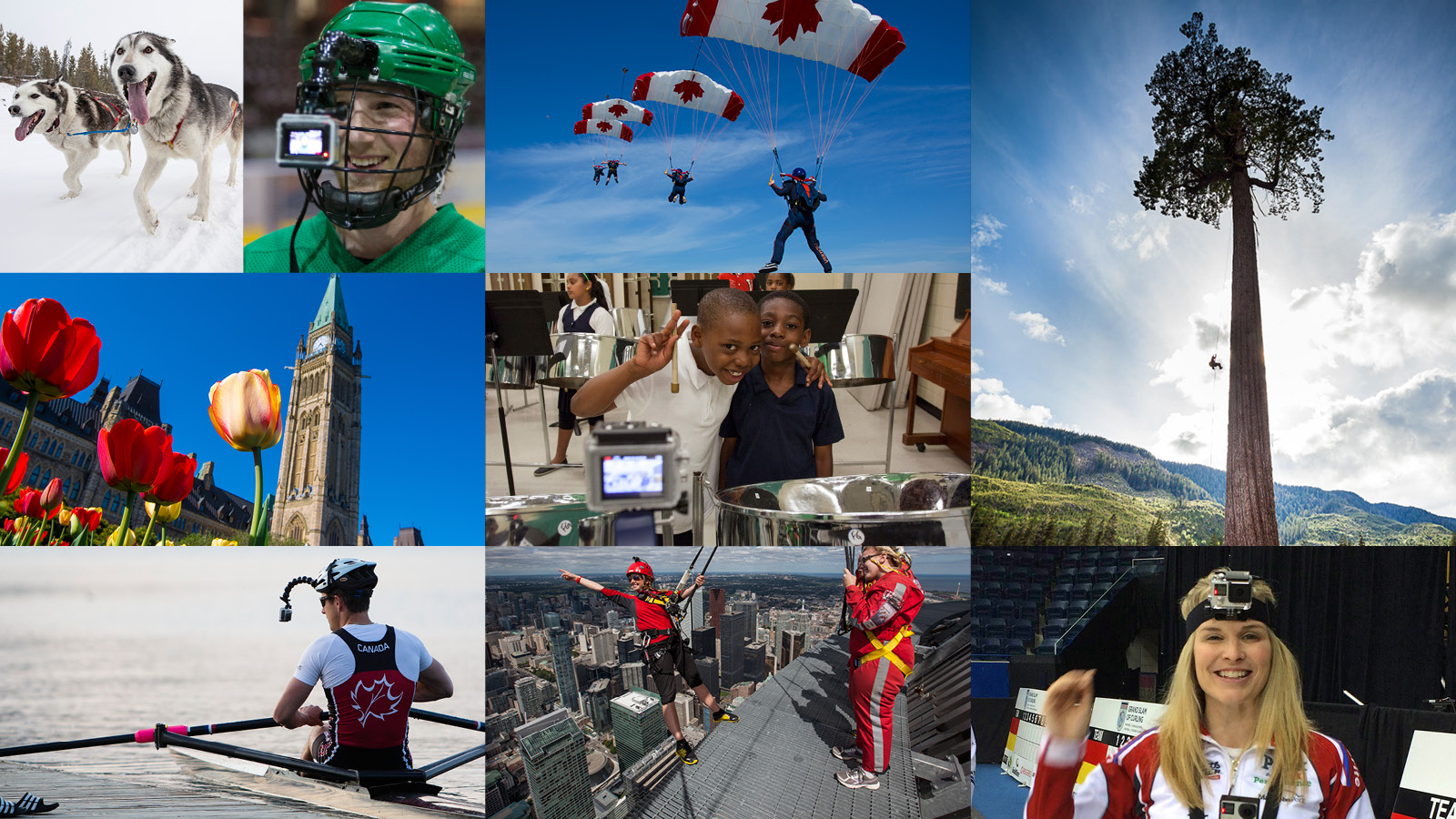 Thanks for your special Canada Day July 13 double issue. It is a good reminder that we have much to appreciate and celebrate in this land of ours. Of all the nations on this planet, Canada affords some of the best opportunities for success, contentment, fulfillment and happiness.

It seems a tad strange that, in Canada’s national magazine, there is no mention of the province of Saskatchewan in “The guide to being an awesome Canadian” (National, July 13). There is only a vague reference to planting canola. Really? Canola is planted in several provinces in Canada. I guess our only consolation should be that Manitoba didn’t fare much better. I guess we will have to resign ourselves to not being awesome.

I was disappointed in some of the selections offered to understand what an awesome Canadian was or is. There was very little that highlighted contributions of Canadians to the world. It left me feeling Canadians are frivolous, thrill-seeking people chasing egotistical satisfaction through individual physical performance. I wonder what effect it had on non-Canadian readers.

I don’t understand the debate between Baker Lake, Nunavut, and Taché, Man., both of which claim to be the centre of Canada (“Fight for the centre,” National, July 13). To anyone who follows our national media, especially Mother CBC, it was obvious long ago that Toronto and only Toronto is the epicentre of the country. Anything else would seem to be juggling for best in class.

Apparently in the town of Baker Lake, Nunavut, “someone bushwhacked through the forest on the periphery of town and hammered a sign into the dirt proclaiming, ‘Geographical centre of Canada.’ ” Doesn’t everyone know there are no forests on the tundra above the tree-line?

Joseph Boyden’s article “First, truth. Now comes the hard part” left me upset. I had been enjoying Canada Day by reading but after taking in Boyden’s article I felt powerless. But we will have an election soon, and Stephen Harper’s refusal to allow a national inquiry into missing and murdered Indigenous women is another reason not to support his governance. The behaviour of his minister of Aboriginal and Northern Affairs during the closing ceremonies of the Truth and Reconciliation Commision is still another reason I’d like to see the Conservatives out of power.

Joseph Boyden’s essay quickly turned the article from a discussion on the residential schools into the “related” issue of the missing and murdered Native women and a toxic attack on Prime Minister Harper. We all know now that the concept of residential schools was ill-advised and should not have happened. However we cannot judge with today’s values what was decided 120 years ago when the values were considerably different. I have to think that those in power in federal and provincial politics as well as the churches (which were much more powerful at that time) honestly thought that assimilating the younger members of the Native population would be a step toward pulling them out of the cycle of poverty they were experiencing. I think Harper is right in resisting an inquiry into the missing women. It only pads the pockets of the lawyers, the results come in too late to do anything, and the report sits on a dusty shelf because the next government has another agenda.

I was struck by the photo of Bernard Valcourt sitting like a bump on a log while all around him stood and applauded the findings of the Truth and Reconciliation Commission. It so perfectly epitomizes two truths about Stephen Harper and the PMO: the control they hold over the caucus, especially the ministers, and their disdain for the whole TRC process and its findings. I can only hope that Valcourt had some personal feeling of shame. I know I did on his and Harper’s behalf.

Native peoples have no more right to the exclusive occupation of North America than barbarians had of European territories their descendants now occupy. The nation-state and international law did not exist until he Treaty of Westphalia in 1648, which did give not statehood to pre-medieval cultures. European immigrants to North America were not constrained by divine law to remain prisoners of feudalism, or wage-slaves of industrial Europe. They were not obliged to stop an evolution to freedom and democracy. The real genocide was not the failure of churches to anticipate residential school abuse, but the legions of left-wing social workers who still weigh down on First Nations with their smothering cult of victimhood.

How to save the world

The act of humans coming to the aid of humans is wonderful (The Editorial, July 13). Naturally occurring disasters and diseases need to be addressed by all. But war, terrorism and the homeless refugees caused by man is another issue. The burden of humanitarian relief on these issues falls into the hands of the non-aggressive nations, while those who have and continue to finance terrorist organizations get off scot-free. It is those financiers who need to be exposed and made responsible for humanitarian disasters they caused.

The self-congratulatory tone of the July 13 editorial is, unfortunately, misplaced. First, the editors laud the Canadian government’s shift in priority from long-term development assistance to humanitarian assistance in crises. But the more we invest in development, the better equipped communities will be to anticipate and respond to disasters. Second, the argument that “new-founded” generosity from “countries outside of Europe and North America” allows us to “share the burden” is spurious. The poorest countries of the world experience the most humanitarian crises and host the majority of the world’s refugees—some for many decades. Their generosity is not “new-founded,” nor inadequate. In contrast, we in Europe and North America do less than our fair share. For example, the UN estimates that 6.5 million Syrians have been displaced from their homes; to date, Canada has resettled fewer than 2,000 Syrian refugees, despite commitments to do more. While I am proud to be Canadian, I am not proud of our country’s declining commitment to foreign aid, nor our increasing hostility toward refugees.

Cuts to our development programs have hit poor and fragile states, which become less and less able to deal with humanitarian emergencies—thereby increasing the demand for humanitarian spending. Japan has earthquakes and once in a lifetime they are bad enough to cause tsunamis, but they used to have earthquakes that destroyed cities regularly; now they don’t, because they have the technology to withstand the shocks. Many high-profile disasters are disasters in countries where poor populations live on flood plains (Bangladesh), where construction is not earthquake-proof (Nepal), where hurricanes slam into deforested hillsides and cause deadly mudslides (Honduras) or where political actors inﬂict suffering on their own people (Syria). Our humanitarian expenditure this year was twice the amount budgeted, but where does the extra money come from? Not from our generosity, as stated in your editorial, but from inroads into already-reduced aid budgets, which have been distorted by reallocation from poor to rich countries where we have mining interests. Your argument that we are a “generous donor” because we are third in humanitarian spending as a percentage of our aid therefore is one of the “damned lies” statistics can produce, when all we are doing is robbing Peter to pay Paul.

Life of the partisan

Paul Wells asked outgoing Conservative MP James Rajotte (The Interview, July 13) what people don’t get about Stephen Harper and he said they don’t get how smart and focused and disciplined he is. What I don’t get is why Harper thinks it is okay to be so disrespectful and dismissive of other Canadians’ views on democracy, civil society, traditions of respect, diversity, etc. Rajotte complains about the partisanship in Canada today without mentioning that his “misunderstood” leader, by thumbing his nose at civility, has done the most to incite it.

Rather than trying to fix the vote, why not just fix the way MPs vote and make all votes in the House of Commons a secret ballot? If democracy is the cornerstone of our country, then democracy should, for all intents and purposes, be in effect in our House of Commons. Many thousands of Canadians elect a single MP to represent them; this single MP should be allowed to vote on all issues according to his or her conscience. Unfortunately many of us have lost faith in the ability of our MPs to represent us.

If electoral reform is done properly, we—the people, the citizens, the voters—will win. If electoral reform is done badly, the political establishment wins. Democracy is defined as control by the people, for the beneﬁt of the people. Instead, we have a system controlled by a ruling elite (not necessarily elected) for the benefit of the political establishment. The inconvenient truth is the way we are doing politics is killing politics. One would think politicians would want change. But no, the tendency is to blame the voters (voter apathy). In truth, voters have disengaged from a system that does not give us the influence we want. The crucial aspect of electoral reform is a positive and factual education process. If the media trashes every suggestion, engages in fear-mongering, gives no information or misinforms, trivializes the crucial and sensationalizes the trivial, then reform does not stand a chance.

I am tired of Pope-bashing in the media (“Less talk, more rock,” Bad News, July 13). Nobody bashes the Dalai Lama for talking about spirituality so why bash the Pope for talking about religion? If women are not ordained as priests in the Catholic Church it is not because of discrimination; it is because the Church, in her wisdom, respects that men and women have different temperaments and cannot perform all duties equally. Women are strengthened in the Church immeasurably and are well respected.