Letters: 'What do we need to see before we act?' 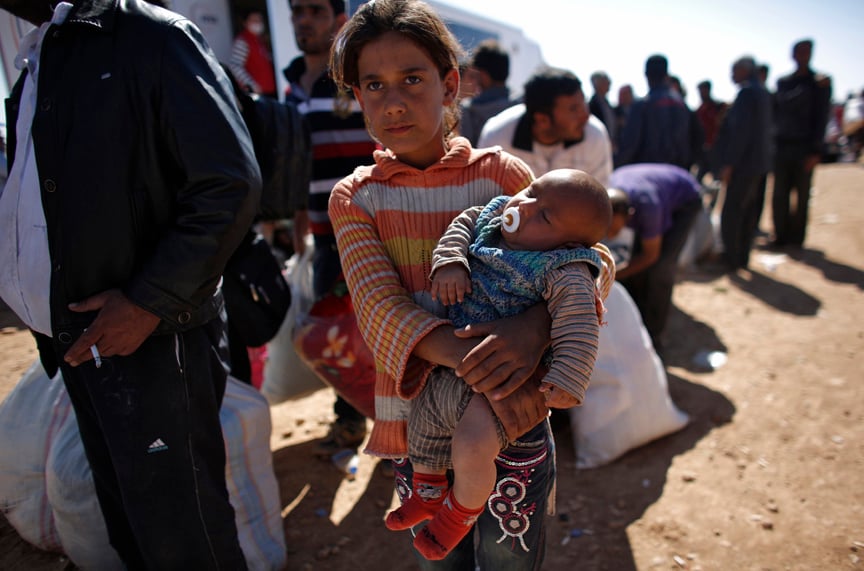 How can we shed tears over the young Syrian lad lying dead on a Turkish beach (“The tragedy that woke up the world,” Refugee Crisis, Sept. 21), while turning a blind eye to the scores of children succumbing to drugs and gas-fume inhalation deaths on our own First Nations reserves? Let’s address our own very serious internal “refugee” crisis before tripping over each other as we rush to assist faraway others in need. What do we need to see before we act? Perhaps a picture of a young Aboriginal somewhere on the shores of James Bay lying face down on a rock strewn beach will spur us to action. Sadly, I think not.

I am astounded by the casualness with which Scott Gilmore wrote in favour of Canada taking in 200,000 more refugees and dismissed the cost as only $2.2 billion per year (“Failure to lead,” Refugee Crisis, Sept. 21). Perhaps Gilmore merits a pass for compassion—but on the legitimate security concerns, ﬁnancial and other pointed issues that matter to Canadians and Canada, he fails. Those issues are real and need to be considered intelligently before irrevocable decisions and commitments are made. Emotional hyperbole and media-generated hysteria calling for immediate action does not serve any of us well, except perhaps those who are trying to take advantage of it as an election issue. They ought to be ashamed.

You ran a two-page picture of economic migrants on the road from Budapest to Austria (“The incredible journey,” Refugee Crisis, Sept. 21). Look closely. Do you notice anything? As far as I can discern, I only counted six women and two young boys in the large crowd. The vast majority are young men. Why do they feel they have a right to pass though other countries? Why do they feel empowered to the point that they expect other countries to allow them to do what they want without any concern? I am not in favour of any wholesale placement in Canada without proper vetting to ensure they are in fact refugees and that our security is not abridged. We should help them, yes, but leave them where they are and provide aid for camps, accommodation and food. They decided to fight Bashar al-Assad for a more democratic country and their cities and homes have been destroyed in the process. That is their doing. Is it worth it? If they feel it is, they have a price to pay. We don’t need to shoulder their burden and bring large numbers into Western countries. While I feel sympathetic when I see a drowned young child on a beach, we need to think with our brains.

Much ado about Mulcair

In a recent issue, Maclean’s published three letters (“Left wondering,” Letters, Aug. 24) following an interview with Tom Mulcair, all negative and critical toward the NDP leader. Then you put Mulcair’s face on your cover with a big bull’s-eye and the headline: “Target Mulcair” (Sept. 14). Inside, on your Letters page, the “Good Point” letter you chose was another diatribe against him. It seems that it is Maclean’s that is “targeting” Mulcair, and I’d love to know why, given that he’s leading the polls and I would think that the editors would want Maclean’s to be enjoyed by the NDP leader’s admirers as much as by those of the other political stripes.

I just read in your mag that the more people know about Tom Mulcair, the more they like him (“Lessons from the front,” National, Sept. 14). Here’s my take on that: On July 1, NDP MP Peggy Nash hosted a citizenship ceremony in High Park, Toronto, with Mulcair in attendance. After the ceremony was over, they embarked on a walkabout. I waited for an opportunity when he was facing me and grabbed his hand and said, “Mr. Mulcair, I’m counting on you—will you do it?” He responded with: “Gimme a hug!” At which point he proceeded to engage me in a long, close embrace! At that moment I crossed the floor from the Liberals. I believed that he saw me, he had empathy with me, and that he is a good man.

Your article about Tom Mulcair’s many ﬂip-ﬂops (“A gun registry? No. Yes. No,” Election 2015, Sept. 14) cites his changing positions on the long-gun registry, Quebec language rights, water exports and unions. Add to this his stated policies of not joining allies in the fight against ISIS, promising to spend billions, providing no concrete plan on modernizing and upgrading our Canadian Forces, keeping tar-sands oil in the ground—and on it goes. Mulcair demands the firing or resignation of political rivals’ staffers or candidates should they be caught displaying the slightest indiscretions. His own senior communications director hurled slurs and used profanity describing the Catholic Church and a former Pope but this is okay because he apologized. What a hypocrite! Is this really the kind of change Canada wants? A government led by an indecisive waffler who will isolate allies, turn our economy blood-red, renege on impossible promises and try to live in the past instead of embracing a bright future?

An opinion, based on the evidence

While comparing the political parties’ positions on various issues, the Liberal position on crime included the statement: “Justin Trudeau has called for an ‘evidence-based’ approach to laws governing marijuana and prostitution.” I reread the rest of the article to see if any other parties or any other positions had merited the approach of using evidence to form an approach to the problems of the nation. There was only one other example: The Liberals were again proposing to use an “evidence-based” process to approach climate change. In both cases, Maclean’s put the phrase inside quotation marks. Why? Why is “evidence-based” not used on the other issues? What approaches are being used instead: “faith-based,” “opinion-based,” “marketing-based”? Is the “evidence-based” approach some newfangled thing invented by those critical-thinking nuts who are hooked on reality and deny all that is without evidence? Can it be used by some who just need a little magic to get by? Thank you for an otherwise very informative review of the parties and issues.

Allen Abel’s “A weekend with Bernie” (International, Sept. 14), about the “ranting, socialist, anti-Wall Street senator,” Bernie Sanders, was a scurrilous piece of writing. Canada has long had responsible socialist policies, with our national health care system at the top of the list, and in this regard Sanders may well be the best presidential candidate Canada could find when it comes to actually sharing the concept of providing support and services to those who need it the most. Sadly, Abel represents those strident and dismissive voices in the U.S. who celebrate the status quo of greed and arrogance, which is making U.S. politics the laughingstock of the democratic world.

Thank you for the detailed and poignant story of Jo and Robin Aubin (“Slipping away,” Society, Sept 14). Their experiences with a diagnosis of early-onset Alzheimer’s disease was presented with grace and compassion; I wept for the tragic yet courageous moments of their struggle. I work with elderly patients living with dementia, and am touched by the ways loving relationships with family or caregivers can make the quality of daily life bearable. I wish Jo and Robin peace in their journey.

In his letter, Alexander McKay (Letters to the Editor, Sept. 14) makes a statement I find to be seriously misleading: “Our unjustly vilified oil sands produce only one-thousandth of world emissions.” This implies that the bitumen deposits can be developed without serious implications for global warming, an impression that is very far from the truth. James Hansen, a retired NASA climatologist, widely recognized as a world expert in his field, told the New York Times in 2012, “Canada’s tar sands, deposits of sand saturated with bitumen, contain twice the amount of carbon dioxide emitted by global oil use in our entire history.” Hansen’s position is clear. If the carbon in the bitumen deposits is released now at the rate suggested by the oil industry, the climate changes will be catastrophic. The science summarized by the UN Intergovernmental Panel on Climate Change is not “hostile” as characterized by McKay; it is what it is, “an inconvenient truth,” to use the words of Al Gore. It is time that the leaders of all three major parties discuss this openly and frankly with the Canadian public.

Chris Sorensen presented a stark set of facts about the Earth’s oil industry (“Awash in oil,” Economy, Sept. 14). We have to ask, were the oil-producing countries ever operating on a capitalistic model, one where competition and efficiency created winners and losers? Or was the whole market just one of total price-and-supply manipulation? It seems that both North American industry and government pray for a return to US$100-a-barrel oil rather than adjust to cheaper oil and the economic advantages it creates for the many. We are told that Saudi Arabia can make a profit from US$10-a-barrel oil but Alberta can only break even around US$70. If this is true, then I guess our goose is cooked—cooked in $70 oil. Even Stephen Harper can’t spin his way out of this one.

Should oil drop to US$10 a barrel, the oil companies will have to come up with some better excuses to continue selling it to us for more than $1 a litre.

In your Sept. 14 Editorial, you recommended phasing out cheques. As a landlord, I request post-dated cheques from my tenants. When due, I take a picture of the cheque on my cellphone and deposit it to the appropriate account. Or, I can take all the cheques to the bank, and they will automatically deposit them on the due dates. Either way, while I am travelling, the rents are deposited on time. I have no control over someone else making an Interac deposit, and post-dates ensure that the money is in my account on time, each month, without my having to remind a tenant to make an e-transfer. The odd NSF cheque incurs a fee charged to the tenant. If a free, new system is developed, I’m happy to adopt it, as long as it leaves me in the driver’s seat.