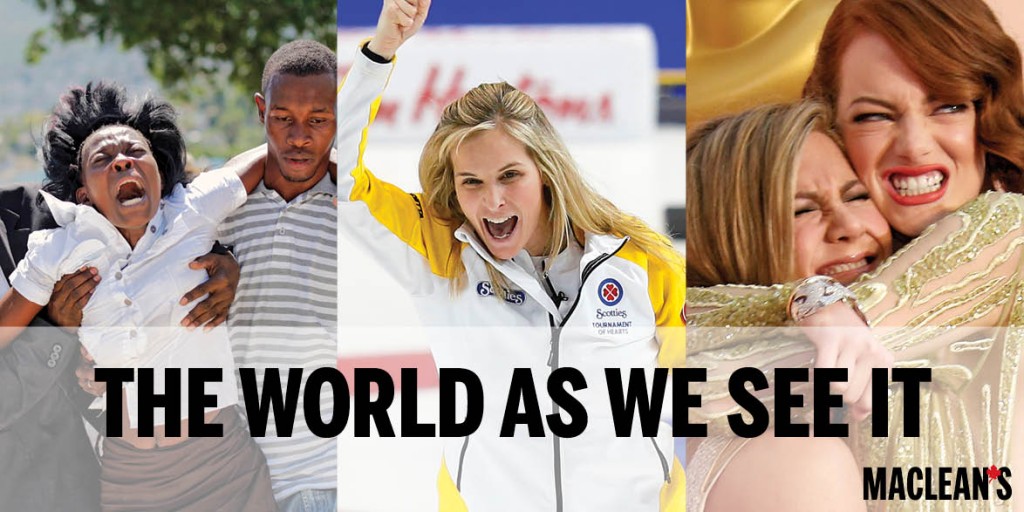 Greece and the European Union have agreed upon an extended bailout plan, averting the danger of a total economic collapse. This latest deal will keep loan money flowing while easing the austerity measures that have contributed to years of hardship and sky-high unemployment. Still, more trouble may lie ahead. Prime Minister Alexis Tsipras, who came to power promising to end the cuts, has agreed to maintain “discipline” when it comes to budgets, spending and taxes. That isn’t likely to make the fed-up Greek public happy.

Starting next fall, schoolchildren in Ontario will learn more about sex, and at an earlier age. The update to the province’s sex-ed curriculum—the first since 1998—covers societal changes such as the legalization of same-sex marriage and the rise of sexting, and puts a focus on abuse, gender identity and risky behaviours. Some parents protest that the new information is too frank. But it isn’t anything that can’t be easily found—in far more graphic detail—on the Internet. Talking honestly and openly with kids about sex and its complexities is a good thing, and an important step toward creating healthy and happy adults. 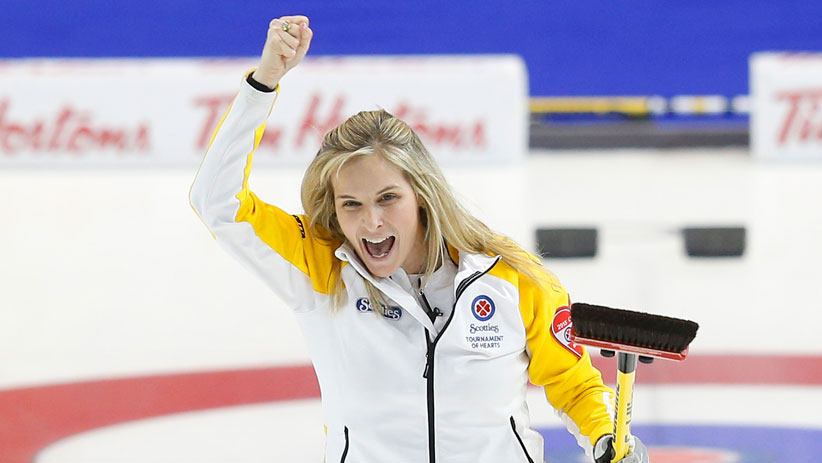 Corrupt to the core? What now for SNC-Lavalin?

For years, the RCMP has been following the money: millions of dollars in alleged bribes paid by SNC-Lavalin, one of Canada’s leading engineering firms, to the former Gadhafi regime in Libya. The Mounties have already charged two ex-employees, while a third has pleaded guilty in a Swiss court—but this week, police took the rare step of charging the entire corporation with fraud and bribery. Although a company can’t be sentenced to prison, SNC-Lavalin’s very survival is at stake, as a conviction would carry a hefty fine and jeopardize the ﬁrm’s ability to win future contracts. Kudos to the RCMP on this one. Their duty is to pursue the evidence, wherever it leads.

From Buck Rogers to Boba Fett, the prospect of soaring through the sky wearing a jetpack has long been the stuff of sci-fi fantasy. Today, that comic-book dream is closer to reality. New Zealand-based Martin Aircraft officially listed on Australia’s stock exchange, announcing plans to release the first-ever commercial jetpack by 2017. Although initial models will surpass most people’s price range (approximately US$200,000), orders are already flooding in. No word yet on how much the insurance will cost. 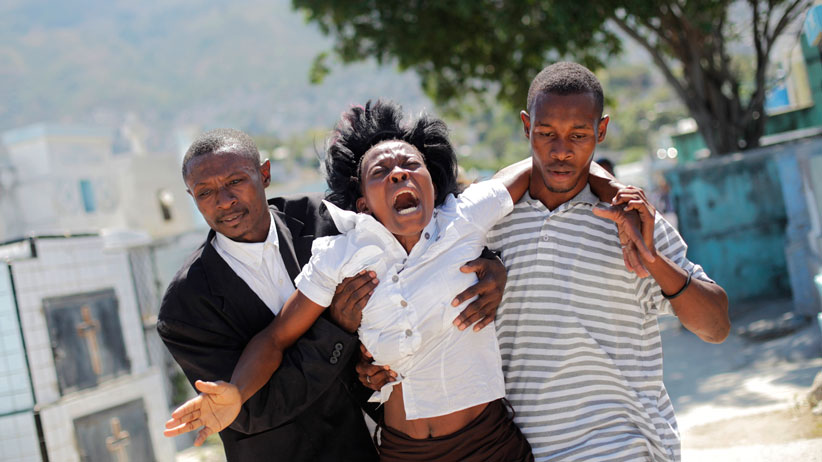 Tragedy: A grieving woman is helped through a cemetery before a funeral for victims of a Carnaval stampede in Port-au-Prince, Haiti, on Feb. 21
Andres Martinez Casares/Reuters

Constant conflict: The toll in Afghanistan

Despite 13 years of war, Afghanistan is no closer to peace. According to a new UN report, 2014 was the current conflict’s deadliest year yet, claiming the lives of 3,699 civilians and injuring 10,548 more. The Taliban are responsible for the lion’s share of the casualties—72 per cent, says the report—but they too are paying a price. Last year, the International Red Cross removed the bodies of 1,372 dead fighters from the country’s battlefields, more than double the 620 they carted off in 2013. The surge in ground fighting and the use of weapons such as mortars, rockets and grenades, looks likely to delay the final withdrawal of American troops. On a visit to Kabul last week, new U.S. Secretary of Defense Ash Carter said he is willing to slow the pullout to make sure “progress sticks.” We’d hate to see what failure looks like.

Anti-vax quacks: A toddler in Berlin dies of measles

Still opposed to vaccinating your children? In Germany, an 18-month-old baby died of measles, the first fatality in a nationwide outbreak that has infected more than 600 people. In Ontario, meanwhile, health officials are grappling with a never-before-seen variant of the highly contagious disease. And in neighbouring Quebec, the number of confirmed measles cases has jumped to 19. Maybe it’s good news that a ticket to Disneyland—the epicentre of a recent outbreak that triggered global headlines—just got more expensive.

America’s gun lobby and its like-minded legislators are trying to capitalize on heightened concerns about sexual assault and rape culture by pushing to arm female university students. So far, 10 states are considering laws to make it legal to carry concealed firearms on campus. Given the country’s sad, long history of school shootings, the idea is outrageous, and deeply flawed. Everyone would be free to arm his- or herself—even the bad guys.

Another week, another pounding from cold, nasty weather, with temperatures reaching record-breaking lows all across eastern North America. In Tennessee, unexpected snow has been linked to at least 27 deaths, most from hypothermia. Not even sweaty Texas was spared, as icy roads shut down schools in Dallas. But at least it all eventually melts. In India, the very air itself is deadly. A new study says half the population—660 million people—are facing a shortened life expectancy due to extreme levels of air pollution.

After an Australian tabloid reported actress Emma Watson had been on “secret dates” with Prince Harry, social media had the two all but engaged, regardless of their differences: He’s a career soldier known for his charm and roguish behaviour while she’s a university-educated actress, as well as a UN goodwill ambassador who launched its HeForShe gender-equality campaign. However, before anyone could whip up a batch of amortentia (the love potion from Harry Potter), Watson had quelled the rumours, tweeting, “Marrying a prince [is] not a prerequisite for being a princess.”

Chris Bosh: Out for the season

Days after playing in the all-star game, the two-time NBA champion with the Miami Heat was ruled out for the remainder of the basketball season after developing blood clots in his lungs. What makes the moment scarier is that ex-NBA star Jerome Kersey died last week at age 52 of the same condition, while current Brooklyn Nets forward Mirza Teletović was shut down for the season when blood clots were also found is his lungs last month.

Taya Kyle: From courtroom to Hollywood and back

The widow of American Sniper hero Chris Kyle is attending the Texas trial of the man accused of murdering him. But she had to take time off this weekend to represent him at the Academy Awards, where American Sniper was nominated for Best Picture. No wonder she said on Facebook that she had “a pounding headache.” The blockbuster hit film lost every award it was nominated for, before Kyle flew back for closing arguments in the trial.

The Great One is always good for an assist, even off the ice. While he hasn’t lived in Canada for decades, the hockey legend waded into the political arena this week by endorsing Barrie MP Patrick Brown’s candidacy for leadership of the Ontario Progressive Conservative Party. Perhaps No. 99’s endorsement is a good sign. After all, the Ontario PCs haven’t won an election since 1999.

He’s an expert on how the world began, but now Stephen Hawking, 73, is weighing in on the possibility of mankind’s end. Asked what human failing he most wants to change, the theoretical physicist responded: aggression. “It may have had survival advantage in caveman days, to get more food, territory or a partner with whom to reproduce, but now it threatens to destroy us all.” In case we can’t change our ways, Hawking wants a life-insurance policy for humankind in the form of space exploration and colonization of other planets.