Newsmakers: A female True Detective? A new job for a 9/11 truther?

Rachel McAdams, Donté Stallworth and the other names making news this week 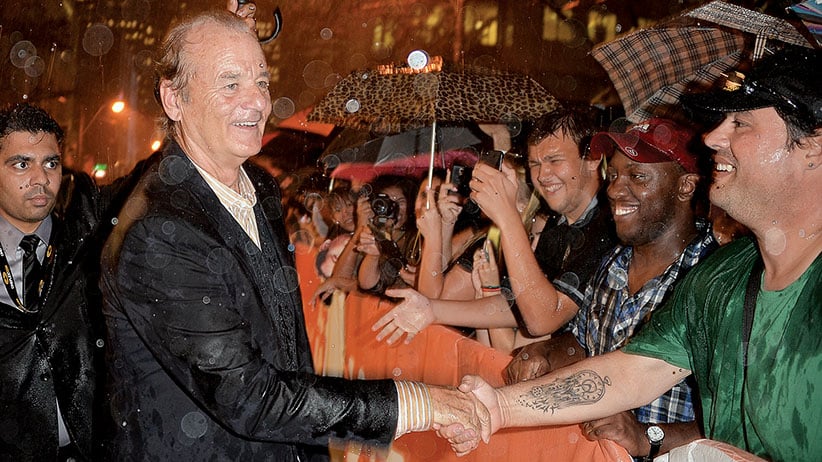 Ron Francis, the so-called “pot-smoking Mountie,” has been back in court. Francis suffers from post-traumatic stress disorder and says he was prescribed medical marijuana. But, last fall, after being photographed smoking marijuana while in uniform, he was stripped of his red serge and put on medical leave. His first confrontation with police occurred when officers attempted to transport him to a hospital for a mental health assessment, the second when police responded to a call from Francis that he was in distress. Francis pleaded guilty to three of the six charges, including two counts of assaulting an officer and one count of breaching an undertaking to not possess or consume alcohol and non-prescription drugs.

The star of The Notebook and Wedding Crashers is reportedly under consideration for one of TV’s most ballyhooed roles. In its first run, HBO’s acclaimed drama True Detective starred Matthew McConaughey and Woody Harrelson as criminal investigators in Louisiana pursuing a serial killer. Vince Vaughn, Colin Farrell, Taylor Kitsch and Elisabeth Moss are also said to be in the running for Season 2. It would be McAdams’s ﬁrst TV role since appearing in Slings & Arrows, for which she won a Gemini in 2004.

Scientists in Argentina have discovered the bones of a dinosaur that might have been the largest animal to ever walk the Earth. Dreadnoughtus schrani was 26 m long and weighed 59 tonnes—heavier than seven Tyrannosaurus rexes put together. But the professor who led the excavation says the dinosaur was not yet full-grown. Its size inspired Kenneth Lacovara to name his discovery for the Dreadnought, the massive battleship first launched by the British Royal Navy. “Dreadnoughtus would have feared nothing,” he said.

The free-wheeling world of 21st-century journalism has a new star: Donté Stallworth, national security reporter. Between 2002 and 2012, Stallworth appeared in 115 games as an NFL wide receiver. He was waived last year by the Washington Redskins, but emerged last week as a surprise hire of the Huffington Post. “Donté has a quick mind, an insatiable curiosity and a passion for politics—the necessary qualities of a great journalist,” the website’s Washington bureau chief said. News of the hiring was greeted with revelations that Stallworth had publicly questioned the 9/11 terrorist attacks. The ex-NFLer says he’s enlightened now. “Once I got out of that rabbit hole and started doing my own research . . . I understood what a massive intelligence failure 9/11 was.”

When Williams won her sixth U.S. Open title last weekend, she was congratulated on court by Chris Evert and Martina Navratilova—she’d matched them with 18 grand slam titles. That puts Williams just four behind Steffi Graf’s record of 22 titles. “Living in Compton [Calif.], you know, this never happened before,” Williams said. “I’m just beginning.”