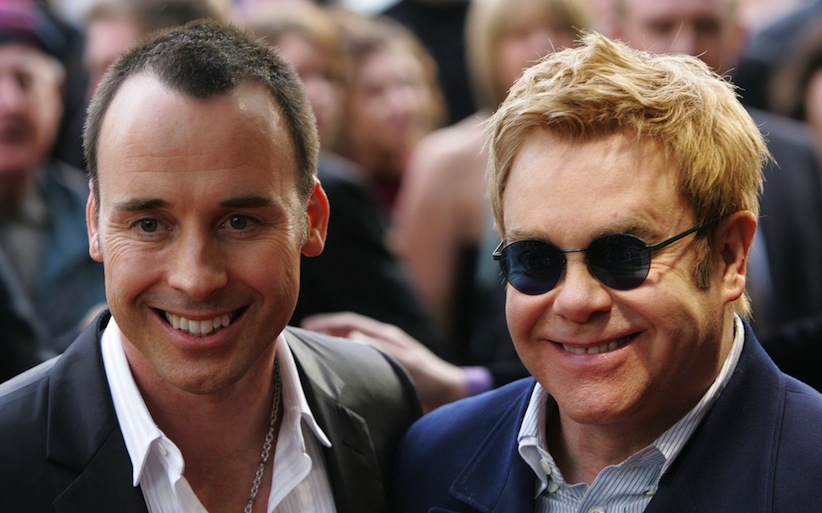 LONDON — Entertainer Elton John and longtime mate David Furnish officially married Sunday on the ninth anniversary of the day they entered into a civil partnership.

The couple converted their civil bond under new laws implemented in England earlier this year that allow same-sex marriages.

On Sunday the couple posted an Instagram picture of themselves preparing to sign official documents. “That’s the legal bit done. Now on to the ceremony!” they wrote.

John and Furnish planned a celebration at their estate near Windsor Castle west of London. An A-list crowd is expected — even if the festivities are likely to be much more sedate than the parties in John’s hell-raising rock ‘n’ roll days.

The singer — known for an impressive string of hits dating back decades — promised to post pictures of the festivities to fans around the world.

The nuptials came as no surprise: John had tweeted about his plans earlier in the week, and earlier in the year had praised England for embracing same-sex marriage. He said there had been a remarkable change in a country where homosexual acts had long been deemed criminal offences.

John said the wedding would be a joyous occasion shared with the couple’s two sons, Zachary and Elijah.

The menu was traditional and posh, featuring wild mushroom soup with truffle cream, beef short rib with caramelized onion pie and warm chocolate pudding with vanilla ice cream for dessert, according to a photo of the menu posted by Brooklyn Beckham, son of soccer start David Beckham and designer Victoria Beckham.

The champagne was Laurent-Perrier.

In his post, Brooklyn Beckham offered congratulations to “Uncle Elton and Uncle David.”

John said earlier this year that he and Furnish planned to take advantage of the changes to the law, even though they already had a civil bond recognized by the courts.

“We shouldn’t just say, ‘Oh well, we have a civil partnership, we’re not going to bother to get married,’ ” he said.

John and Furnish met in 1993. Both have been active in a number of charities, with John focusing on efforts to combat the spread of HIV and AIDS.

He was knighted by Queen Elizabeth II in 1998 in recognition of his charitable works.

In a conversation with Maclean’s in 2011, Furnish described the relationship as a democracy. “Sometimes it goes my way, sometimes his. If all is going well, it goes both our ways.” Read the transcript of that interview here.