George Clooney and fiancee arrive in Venice for celebrity-studded wedding

George Clooney and his fiancee, Amal Alamuddin, have wed.

Clooney and Alamuddin arrived in Venice by bus on Friday accompanied by a small group of guests who included the groom’s parents, as well as Cindy Crawford and her husband. A clutch of photographers greeted them, and the couple obliged with smiles and poses.

They were met by Clooney’s regular water-taxi driver, who piloted the group down the scenic route along the picturesque Grand Canal lined by stunning palazzi, including the one where the couple is to be married in a civil ceremony on Monday. Clooney and his bride stood outside during the water-taxi ride, his arm comfortably around her as they were conveyed along the most famous of Venice’s canals on a boat fittingly named “Amore.” He waved to well-wishers as they passed under the famed Rialto Bridge.

The water journey ended at the luxury Cipriani Hotel, Clooney’s usual residence when in Venice, on an island opposite St. Mark’s Square. 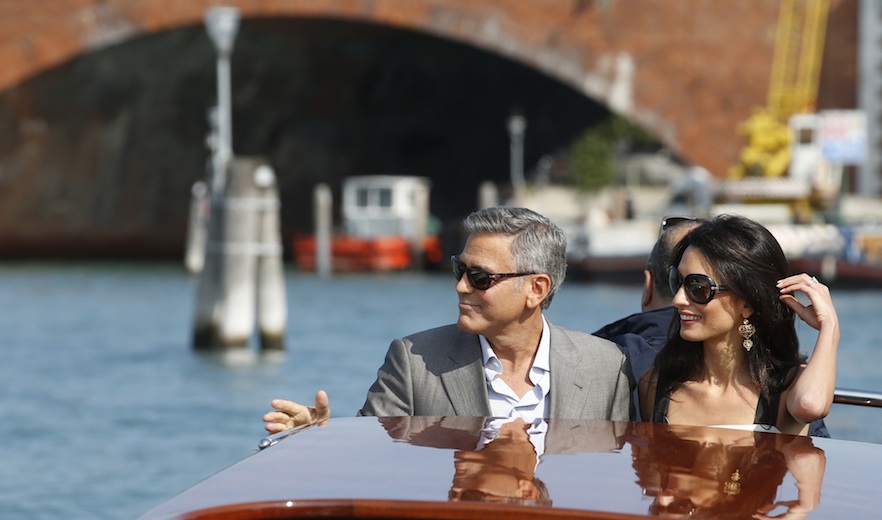 Clooney, left, and Alamuddin arrived in Venice on Friday.(AP photo) 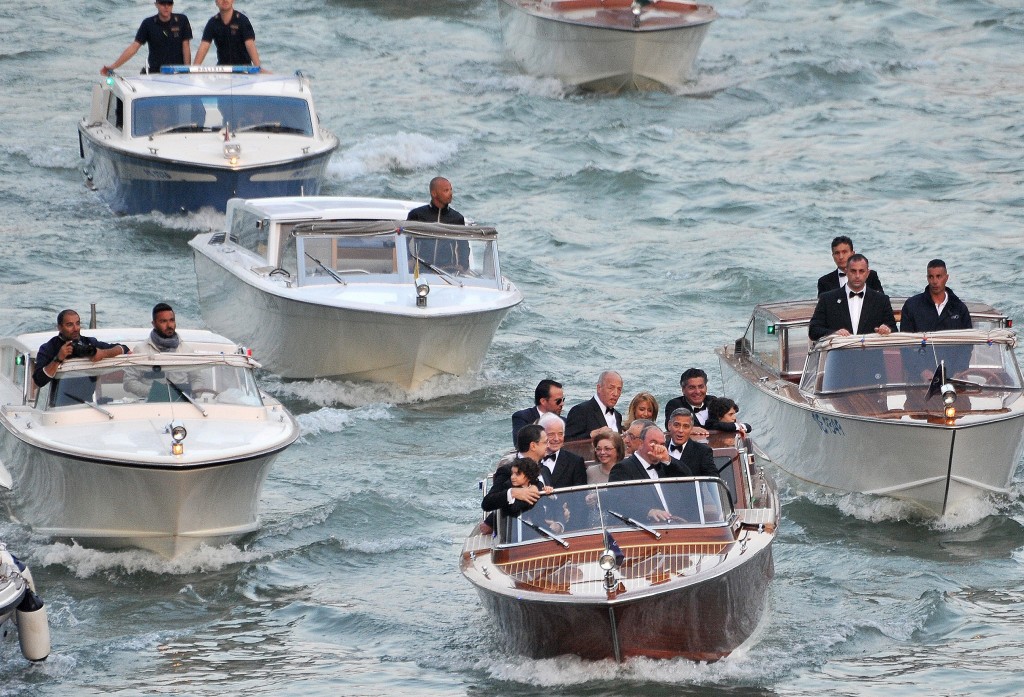 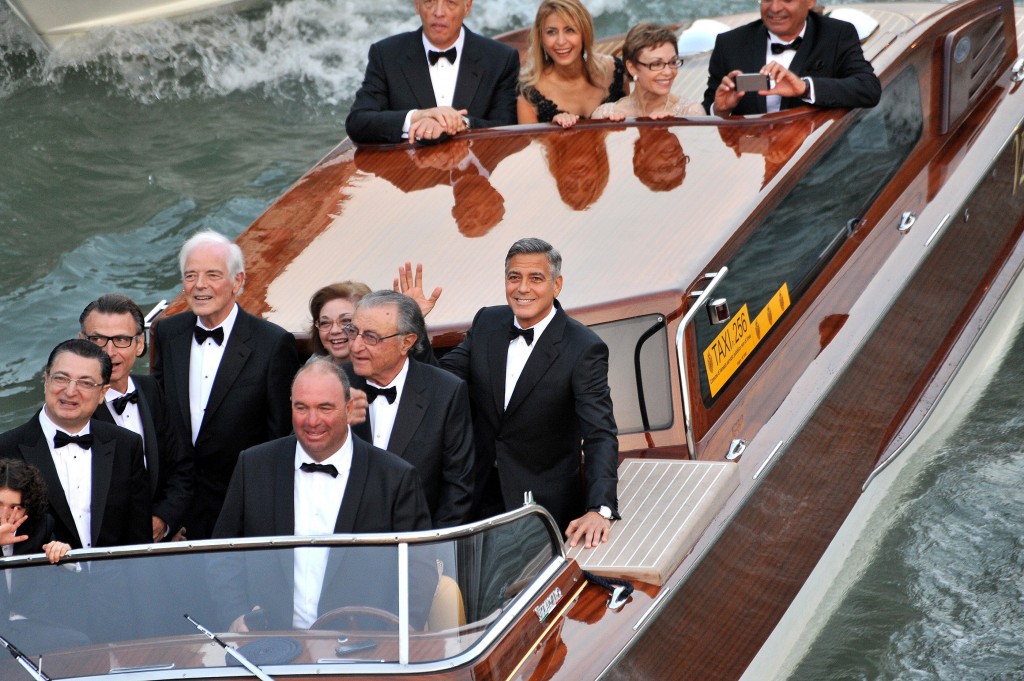 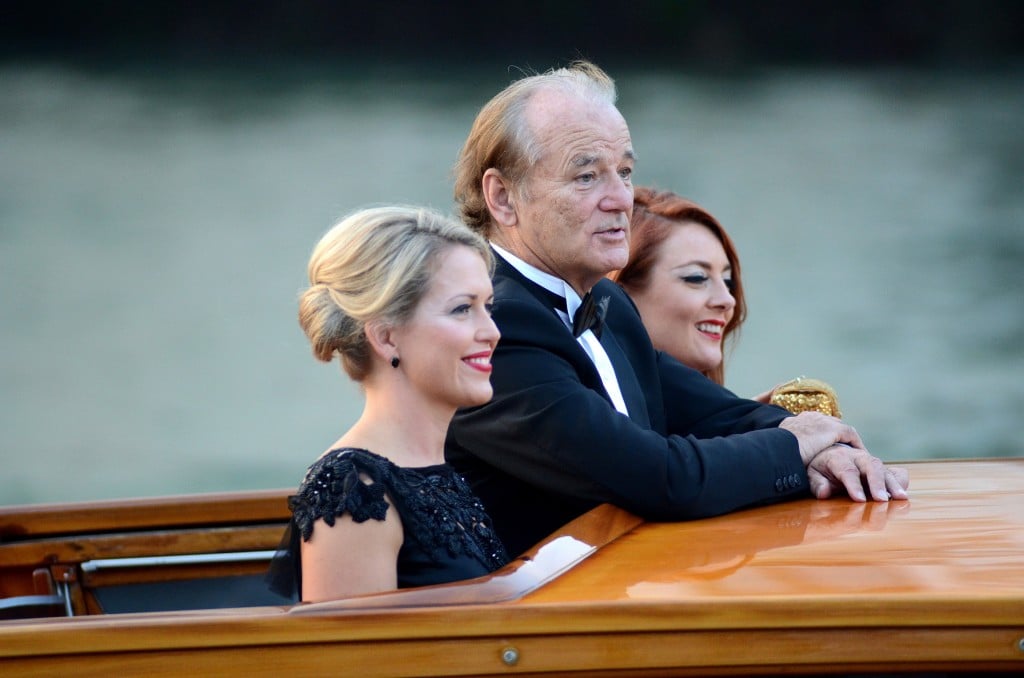 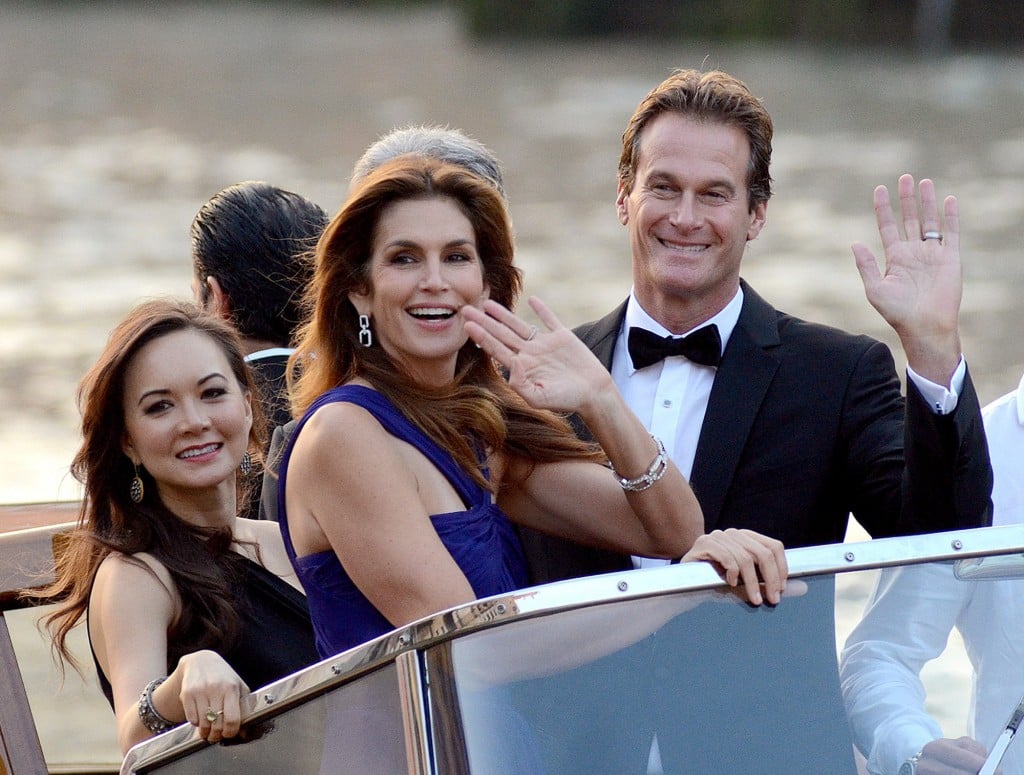 Cindy Crawford and Rande Gerber also wave from a boat along the way. (AP Photo) 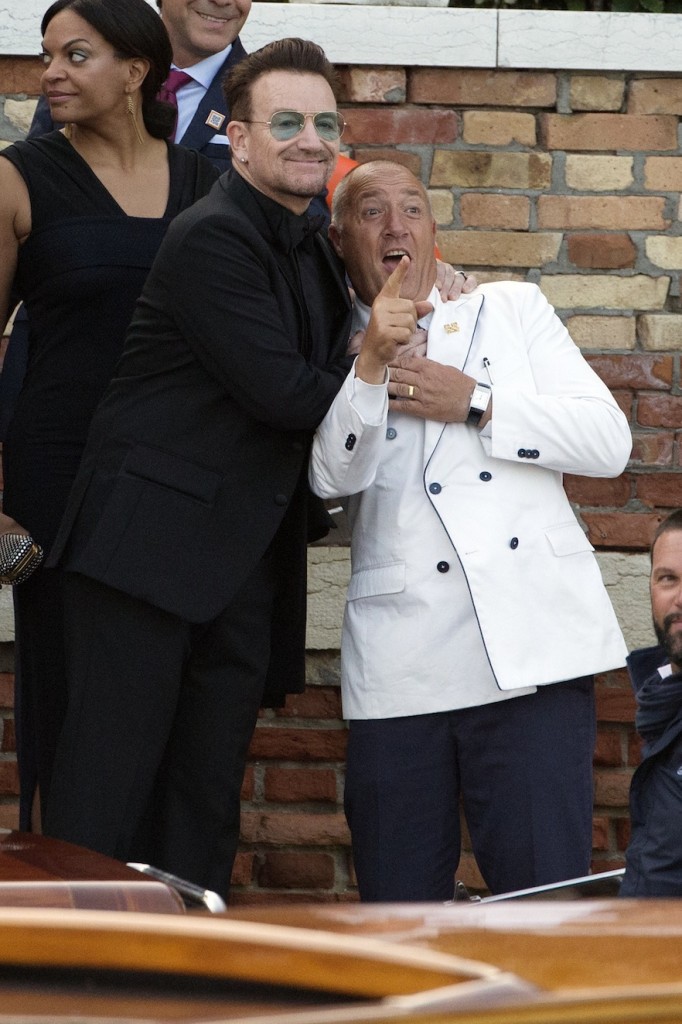 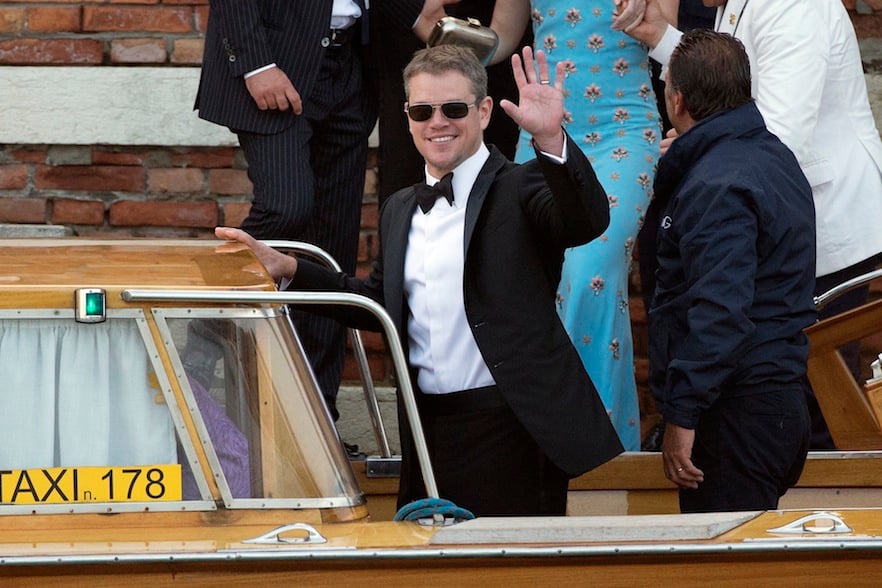 Also in the crowd: Matt Damon 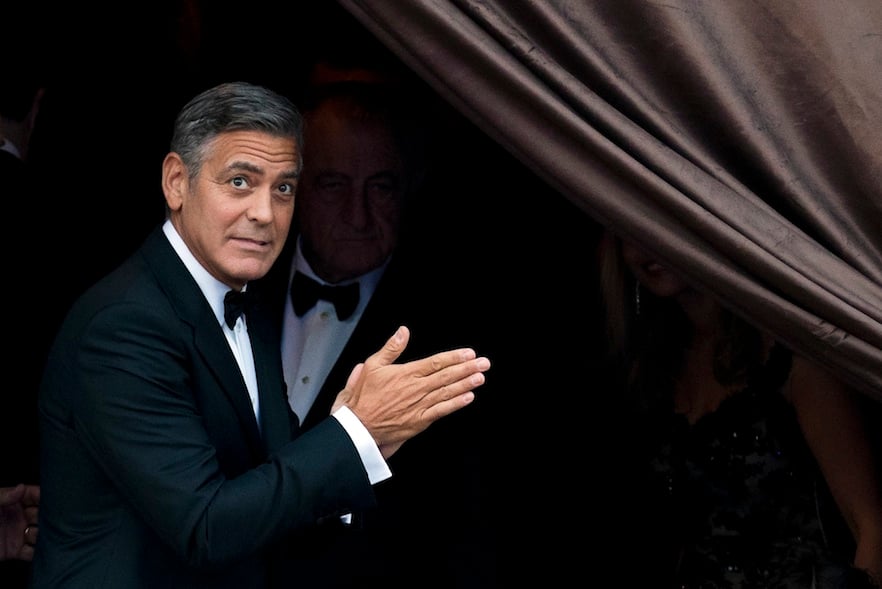 Clooney arrives at the Aman hotel ahead of the wedding. 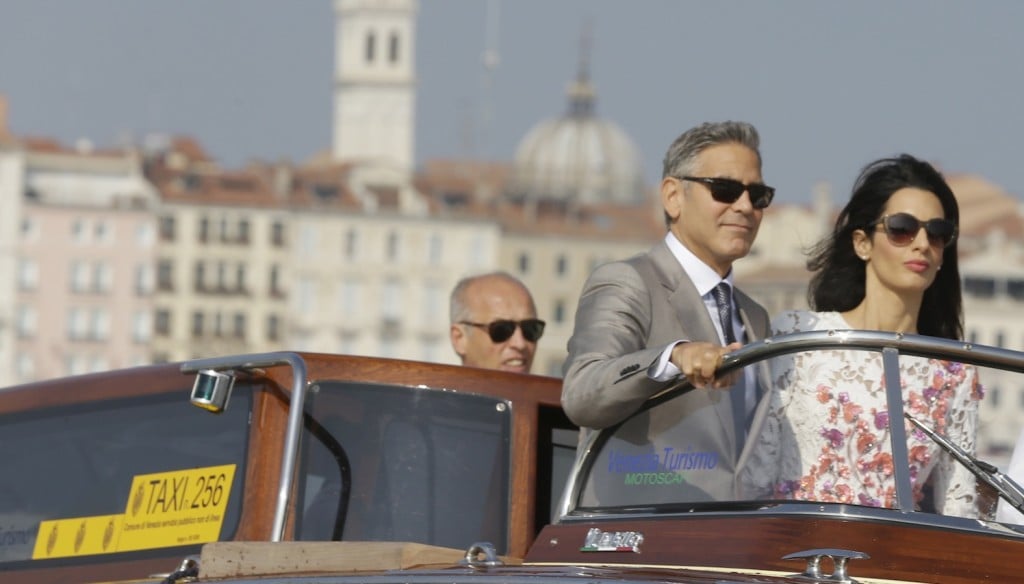 Clooney and Alamuddin in Venice on Sunday. 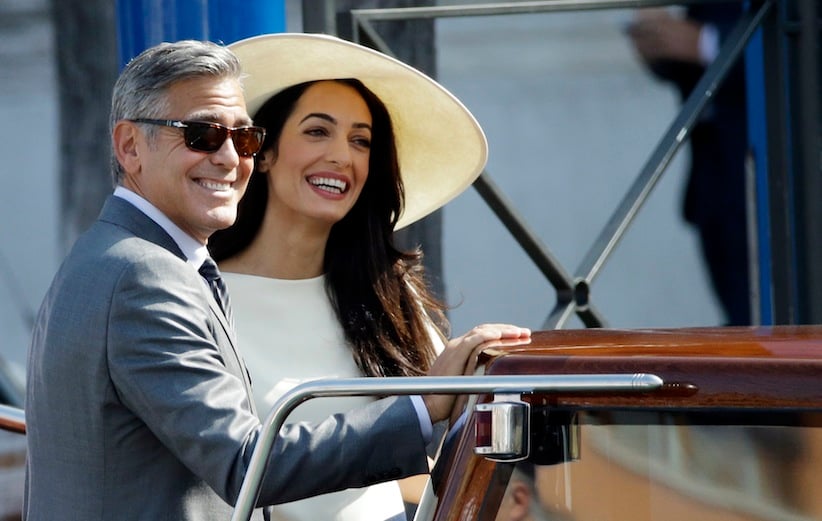