Bad news for Nadya Suleman, the single mother of 14 kids 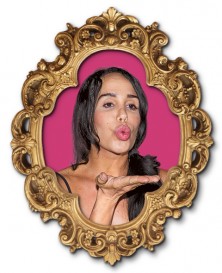 Nadya Suleman, 38, the woman who became the famous ‘Octomom’ after she gave birth to eight babies, is now facing charges for welfare fraud in the state of California.

According to the County of Los Angeles district attorney’s office, Suleman allegedly did not disclose nearly $30,000 worth of earnings when she applied for welfare in the state.

It is alleged that Suleman received $16,481 in illegal welfare payments in the first six months of 2013, reports the Los Angeles Times.

“While applying for public aid, the mother of 14 children allegedly failed to disclose that she was also getting checks for personal appearances and residuals from videos. She allegedly failed to report the extra income she earned between Jan. 1, 2013, and June 30, 2013,” said the district attorney’s office in a statement released Monday.

CNN reports that the money Suleman allegedly failed to report was from her work as a topless dancer and in adult films. A representative for Suleman said that the dancing was in Florida, as part of a gig to promote her film. Suleman has six other kids, aside from the octuplets. That’s 14 total for the single mother. In 2012, Suleman told CNN reporter Nischelle Turner that she used foodstamps, but not welfare.

Suleman gave birth to her octuplets in January 2009, becoming only the second woman in the U.S. to give birth to eight healthy babies. Suleman, who used in-vitro fertilization to conceive, was highly criticized for her decision to undergo the procedure and then to carry all of the babies to term. The babies were born nine weeks premature. The doctor who implanted 12 fertilized embryos in Suleman’s womb, Dr. Michael Kamrava, later lost his medical license in the state.

This welfare charge is the latest in a long string of publicized financial issues for mother of 14. In 2012, her Orange County, California home was placed in foreclosure. She also applied for bankruptcy in May 2012, but the application stalled due to incorrect paperwork.

If convicted, Suleman could face as many as five years and eight months in prison. She appears before a judge on Friday. Prosecutors say they will ask that her bail be set at $25,000.