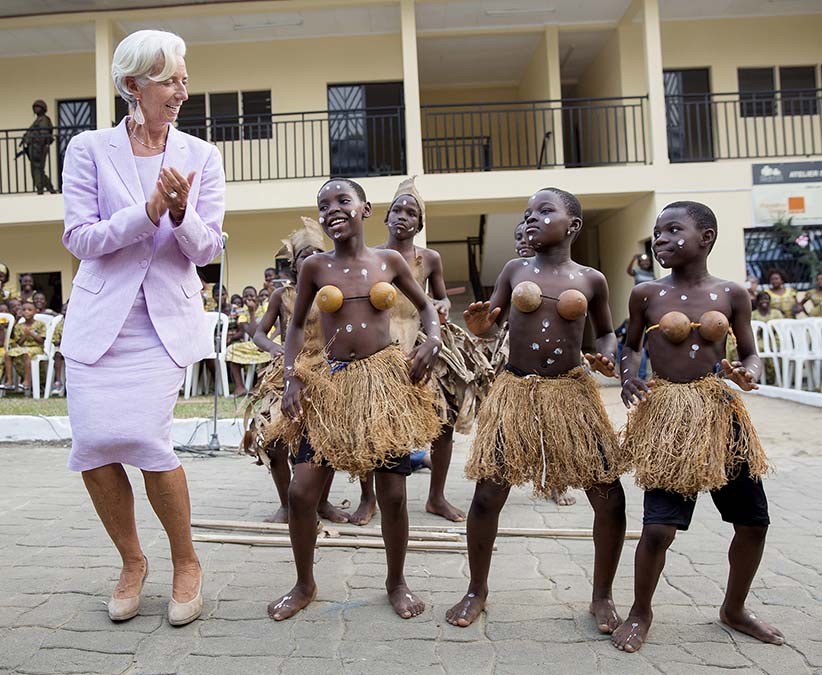 Armed with loud music and puffs of dry ice, giddy auto executives unveiled 40 new cars, trucks and SUVs at this week’s Detroit auto show. After enjoying record North American sales last year, the industry is poised for a repeat performance in 2016 thanks to continued low interest rates, cheap gas and consumers’ seemingly insatiable desire for new metal. Ford CEO Mark Fields even dismissed concerns about China’s stock market by noting the carmaker still sold a record 1.1 million vehicles there last year. Among the show’s highlights: a sleek, new Fiat Chrysler minivan with sliding doors that open with a wave of the foot. It’s cool to be a soccer mom again.

Saskatchewan Premier Brad Wall says there’s one surefire way to avoid bad prison food: don’t go to prison. He made the John Wayne-esque quip after more than 100 inmates refused to pick up their meal trays at a Regina jail, complaining of the food quality. But Wall says he’s seen the menu and has even sampled the food, noting many of his constituents don’t get weekday waffles, “whether they’re a little soggy or not.” In other jailhouse news, Ontario’s 6,000 correctional employees gave up the right to strike last weekend helping to narrowly avoid a province-wide walkout.

Two Calgary bouncers are being hailed as heroes after they tackled a gunman just moments after the attacker shot at patrons through a nightclub’s glass doors. A witness said one bouncer forced the gun between his arm and torso, leaving a bullet hole in his jacket and a set of shattered car keys. His colleague ran to help. Though one 38-year old clubgoer was sent to hospital with serious injuries, police say the pair’s quick thinking undoubtedly saved lives.

4. Who wants to be a billionaire?

The jackpot for America’s Powerball lottery climbed to US$1.5 billion this week, making it the biggest prize in U.S. history and nearly double the previous Mega Millions record set in 2012. At one point, Americans (and even some cross-border-shopping Canadians) were snapping up $1.2 million worth of tickets every minute. Of course, players have better odds of becoming the next president or dying in a freak vending machine accident. But who can resist the chance to join the likes of Warren Buffett, Bill Gates and Mark Zuckerberg in the billionaire’s club without having to do any actual work? 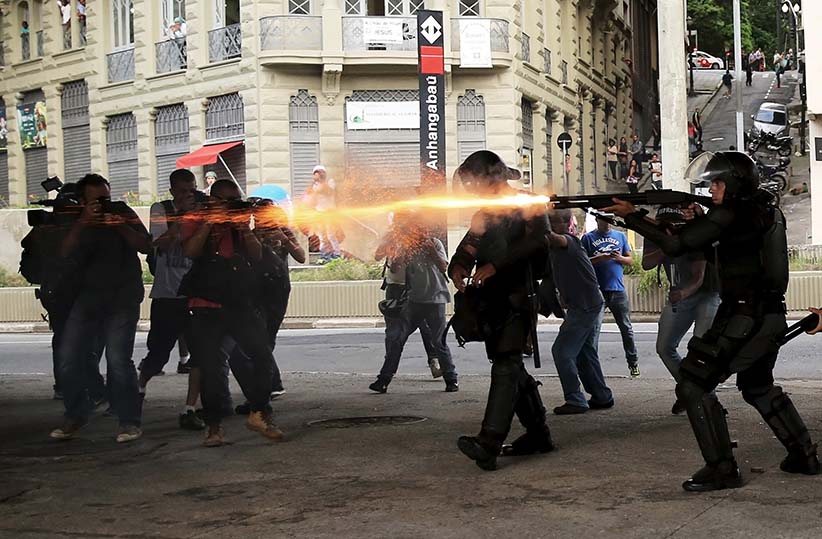 B.C.’s government will oppose Kinder Morgan’s Trans Mountain oil sands pipeline expansion project, arguing its conditions haven’t yet been met. That includes developing “world-leading” spill response and offering B.C. a “fair share” of economic benefits. While B.C. has every right to look out for its interests, it’s depressing to acknowledge that, as Canada slides into an economic funk amid falling oil prices, we continue to be incapable of building a badly needed piece of energy infrastructure, even if it promises to add billions in economic activity and tens of thousands of jobs.

For all practical purposes, Canada was severed in two this week when the newly built Nipigon bridge on the Trans-Canada Highway, 120 km northeast of Thunder Bay, Ont., succumbed to cold temperatures and stiff winds. The cable-stayed bridge’s decking heaved by 60 cm, closing it to traffic both ways for nearly 24 hours and forcing cars and trucks to divert through the United States. The failure not only raises concerns about the safety of other Canadian spans, it points to a glaring weakness in our national highway system: a few loose bolts is all it takes to bring cross-country vehicle traffic, and untold millions in daily trade, shuddering to a halt.

The world’s efforts to lend a humanitarian hand to Syrian refugees suffered a disappointing setback after a mob allegedly comprised of migrants robbed and sexually assaulted New Year’s Eve revellers in Cologne, Germany. The incident, not surprisingly, led to a souring of local attitudes toward the 1.1 million asylum-seekers now in Germany. In Canada, meanwhile, a group of Syrian refugees was pepper-sprayed in Vancouver. Throwing the doors wide open to refugees was the easy part. Now comes the much tougher task of getting everyone to live together respectfully.

Copies of Mein Kampf, Adolf Hitler’s miserable, anti-Semitic screed, is once again flying off German bookshelves after being reprinted for the first time in 70 years. Demand for the heavily annotated version even surprised publishers, who received 15,000 orders for a planned run of just 4,000 copies. By sheer coincidence, and in the starkest of contrasts, Pope Francis just released a book about mercy and the Catholic Church. Here’s hoping it sells a few million times better.