Singles Night at Safeway: Make way for the checkout

'Might as well embrace it,' Safeway says of singles event

For one night, grocery shopping might be the best way to get a date in Winnipeg.

On Tuesday, starting at 7 p.m., singletons will converge at the River Avenue Safeway for a singles mixer called “Singles Night at Safeway.” The event has exploded in popularity thanks to Facebook and enthusiastic local media.

“I never expected this to pick up or catch on,” said Lucas Andrich, the event’s organizer. “Every day I [check Facebook] and there are 100 new comments and 100 new people who have signed up.” 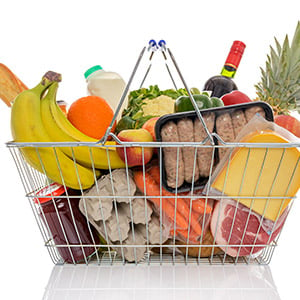 More than 1,000 guests confirmed their attendance on the event’s Facebook page.

Attendees will tie produce bags to their carts or baskets to distinguish themselves from other shoppers.

It’s a challenge Safeway didn’t sign up for, but they’re tackling it head on. The store is bringing in extra staff and stocking up on roses for the occasion. Parking still poses a concern.

“We might as well embrace it,” said John Graham, Safeway’s director of public affairs. “It’s almost a predetermined flash mob at our store. We’re preparing with the assumption that a lot of people will mix and mingle and not necessarily focus on shopping.”

A local radio station will emcee the event and a food bank will be on site accepting donations. A giant game of Jenga will also be on the store floor to help break the ice.

But can you really expect someone to pick up a date in the same place they pick up produce?

“Over the years we’ve had proposals occur in our stores and we’ve had many people do wedding photography,” said Graham. “I don’t know that grocery stores are known as romantic places to meet, but we’re pleased that our customers have a desire to come.”

It’s actually not the store’s first singles event. The same location was known to host singles mixers in 1986.

“This is only rumour or hearsay,” says Graham. “But the legend of that single’s night is that one couple did get in fact meet and ultimately get married.”

But will Tuesday’s event become a regular occurrence?

“No,” says Graham. “It’s not something we would encourage down the road.”