Stories we're watching: Baird in Iraq, NATO out of Afghanistan 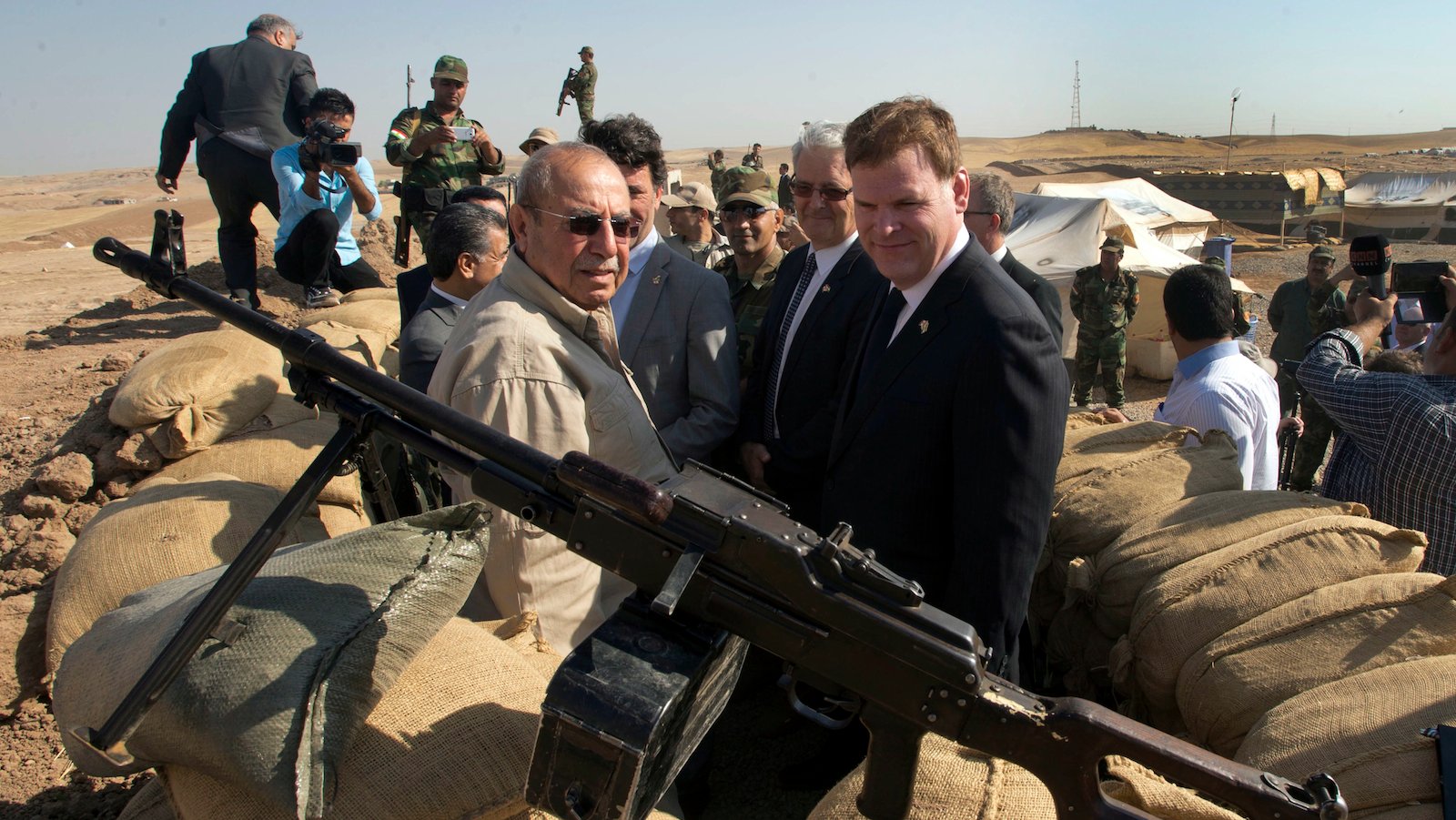 John Baird travels to front lines in northern Iraq. Canada’s Foreign Affairs Minister, along with NDP and Liberal parliamentary critics Paul Dewar and Marc Garneau, travelled to Irbil, Iraq Thursday to meet with Kurdish forces who are fighting off ISIS militants in the northern part of the country. While Canada and other Western nations have already helped Kurdish and Iraqi forces with supplies and, in the case of the U.S., airstrikes, front-line fighters had a clear message for Canada: they need weapons. “We need more weapons … It will be a long fight,” Faud Hussein, chief of staff to the president of the Kurdish Regional government, said at a press conference while standing next to Baird. Canada has given supplies so far, but no weapons. Baird, for his part, focused his comments on the need for a strong and inclusive central government in Baghdad, which was the primary reason for his visit.

NATO formally bows out of Afghanistan conflict on first day of NATO summit. While much of the Western world’s attention is now focused on the conflict in Iraq and Syria, and on Russia’s actions in eastern Ukraine, NATO leaders opened their summit in Wales on Thursday with talk of Afghanistan. Though some recent studies have shown that the level of violence in Afghanistan is actually rising, not falling, and last spring’s election has caused even more instability in the country, NATO leaders declared the mission a success. “We have done what we pledged to do,” said NATO General Anders Fogh Rasmussen. The final NATO troops are scheduled to be out of Afghanistan by the end of this year.

Joan Rivers is dead at 81. The comedian whose career spanned 50 years passed away in New York City after complications during a routine procedure at her doctor’s office, her daughter, Melissa Rivers, said Thursday. While Rivers is perhaps best known for her biting red-carpet fashion commentary, she began her comedy career in stand-up clubs in the 1960s, at a time when there were very few women comics. She eventually got her break on Johnny Carson’s The Tonight Show in 1965. She continued working up until the end, telling the Assocaited Press in 2013: “I have never wanted to be a day less than I am. People say, ‘I wish I were 30 again.’ Nahhh! I’m very happy HERE. It’s great. It gets better and better. And then, of course, we die.”

The Northern Gateway pipeline unlikely to get started by its original target date of 2018. Though the Northern Gateway pipeline project has conditional approval from the federal government, its earliest in-service date of 2018 is “quickly evaporating” the president of the project said Thursday. John Carruthers made the comments at a business lunch in Calgary Thursday, saying that Enbridge still had a long way to go to negotiate with First Nations groups along the pipeline route. While 26 First Nations groups have agreed to compensation for the pipeline so far, others remain opposed and lawsuits are expected to further prolong the negotiation process.

FILED UNDER: 5 at 5 John Baird NATO