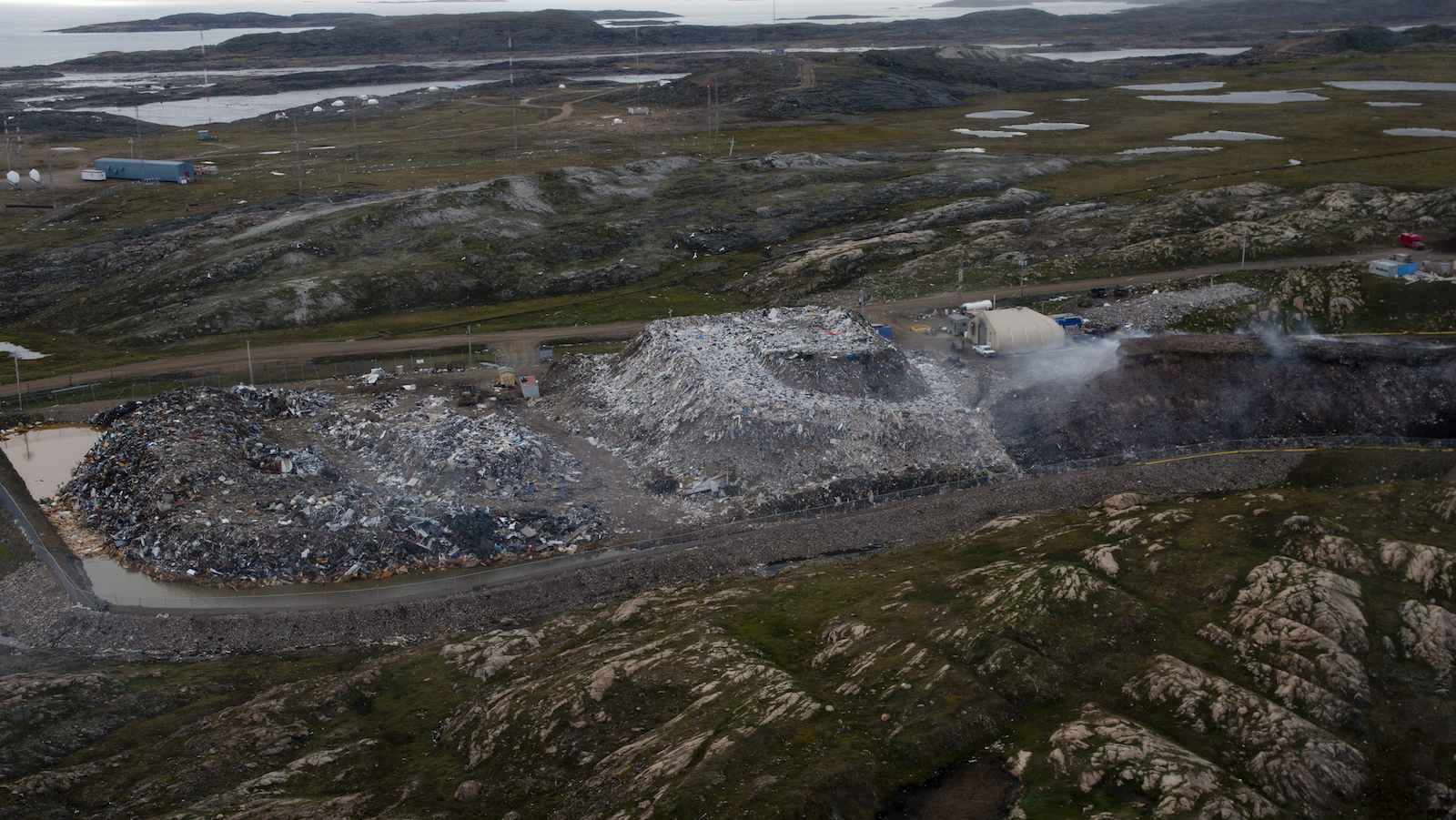 A fire at the town dump continues to smoulder Tuesday August 26, 2014 in Iqaluit , Nunavut. THE CANADIAN PRESS/Adrian Wyld

The Iqaluit’s ‘dumpcano’ gets some needed attention from firefighters. Good news for the residents of Iqaluit: fire crews are finally going to tackle a blaze at the city dump that has been smouldering since May. The “dumpcano” as its known, is deep within the football-field sized pile of garbage, making it too deep for fire crews to safely reach. The plan was initially to let it burn itself out, until toxic fumes from the fire caused poor air quality and school closures. Dump issues in Iqaluit have been ongoing. This current dump was only supposed to last until the year 2000, but is still the main dump for the city, 14 years later. The city has asked the federal government for money for a new dump, but it hasn’t materialized.

Canadian scientists pulled from Sierra Leone over Ebola infection fears. Three Canadians who have been working to control the Ebola virus in Kailahun, Sierra Leone are being sent home after the World Health Organization closed the area where they were posted due to another infected health-care worker. The Public Health Agency of Canada has confirmed that the three are coming back and says that none of them have experienced symptoms. However, it has not provided further details on whether the workers will have their own flight. All three workers have placed themselves into a voluntary 21-day isolation.

Calls for action on murdered and missing Aboriginal women intensify. If a full federal inquiry into murdered and missing Aboriginal women in Canada isn’t going to happen, provincial and Aboriginal leaders would at least settle for a roundtable or forum on the issue. Leaders made the call for such a roundtable, which should include federal representatives, at a meeting of premiers, territorial and aboriginal leaders that is getting underway in Charlottetown today. Maclean’s also echoed that call for action on the issue, and wrote about the need for an inquiry in this issue’s editorial. Prime Minister Stephen Harper won’t agree to such an inquiry, saying its a matter for local police.

Israel, Hamas, both say they won Gaza war. On the day after a ceasefire in Gaza, both Israel Prime Minister Benjamin Netanyahu and Hamas militants say they have won. Netanyahu addressed citizens on television, in an attempt to appease his critics. “Hamas was hit hard and it received not one of the demands it set forth for a cease-fire, not one,” he said in the address. While yesterday’s ceasefire had few conditions, more complicated issues—including demands from Hamas—will be discussed during the next round of talks in a month. Israel wants Hamas to disarm and the Palestinian government is pushing for an end to the Israeli blockade, which would reopen Gaza’s port and airport.

All hail the Tim Hortons Buffalo Crunch doughnut. As Tim Hortons and Burger King made their merger official, it’s only fitting that Tim’s should come out with a throughly American, and some may say throughly disgusting, new product. Introducing: The Buffalo Crunch doughnut. The Tim Hortons doughnut has a gooey, spicy buffalo-sauce centre, crushed chip crumb and, yes, a side of ranch dipping sauce. It debuted and the New York State Fair this week. This is one doughnut that probably won’t make its way onto Canadian menus any time soon…