Stories we're watching: A sliver of hope in Iraq

Can Iraq's new prime minister become a peace builder? And other top stories from the afternoon. 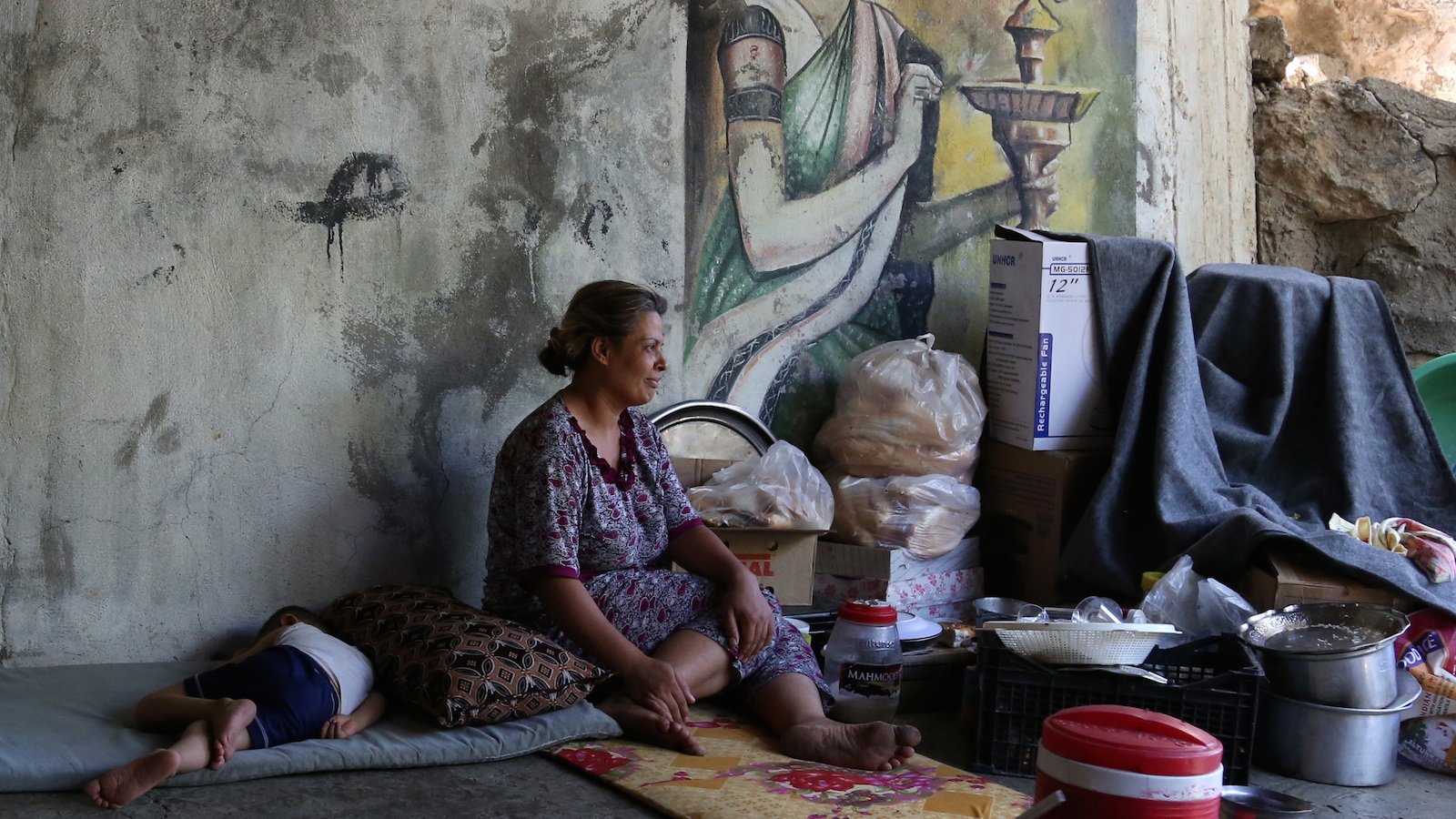 Displaced Iraqis from the Yazidi community settle at the Mountains of Shikhan near Dahuk, 260 miles (430 kilometers) northwest of Baghdad Monday, Aug. 11, 2014. (Khalid Mohammed/AP)

Iraq’s Mount Sinjar described as ‘death valley’ as thousands perish.  Shocking reports have emerged from northern Iraq in the past days, where thousands of Yazidi minority people were forced from their homes last week by Islamic State of Iraq and Syria (ISIS) militants and forced up a mountain, trapped with no supplies. Though the U.S. military has stepped in with both an air-strike campaign against ISIS in the region and humanitarian aid drops, the efforts seem to be too late for many. A Telegraph reporter says an estimated 70 per cent of the people trapped on the mountain have perished. The one bit of good news in Iraq: President Fouad Massoum today appointed Haider al-Abadi as prime minister. Al-Abadi is seen as someone who can negotiate and perhaps make concessions in the fractured country.

Western nations worried about Russian plan to send humanitarian aid to eastern Ukraine. While Russian President Vladimir Putin’s vow to send aid to portions of eastern Ukraine may seem like a nobel idea, Ukraine, and other Western nations, are worried the plan is just a ploy for Russia to send its own military into the area, increasing its presence in the region. By Monday afternoon, Ukraine had said the the Red Cross, not Russia, would lead the aid mission. Ukraine’s military has pushed many Russia separatists militants from the region in recent months.

Candidates call for a televised Alberta PC leadership debate. Both Thomas Lukaszuk and Ric McIver are calling for a public all-candidates debate in the Alberta PC leadership race. Jim Prentice, the frontrunner candidate in the race, agreed to the challenge Monday afternoon, saying he would participate if his schedule allowed. Until now, candidates’ debates have been open only to party members, leading to a fairly boring race so far. Whoever is elected will become the next premier of Alberta, replacing interim Premier Dave Hancock.

Bomb threat at Toronto City Hall calls for Rob Ford to resign. The police canine unit was called in Monday after someone sent an email to Mayor Ford’s brother, Coun. Dough Ford, saying they would bomb city hall if the mayor didn’t resign in 12 hours. The letter, which was sent Sunday night, said city hall would “disappear from the map” if the mayor didn’t resign. Rob Ford, not the police, showed the letter to reporters.

FBI investigates shooting of St. Louis teen that sparked riots.  The FBI is now looking into the fatal police shooting of an unarmed black teenager in a St. Louis suburb. Michael Brown, 18, was shot and killed by a police officer in Ferguson, Missouri Saturday afternoon and reports conflict on what actually happened prior to the shooting. A vigil held for Brown on Sunday night later turned violent, as protesters looted stores and confronted police.