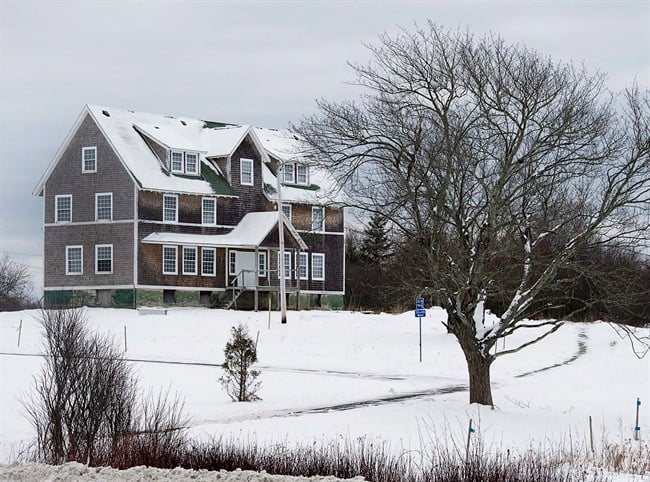 HALIFAX – Hugs, sobs of relief and applause erupted Monday in a courtroom as a judge approved a $29-million settlement between the Nova Scotia government and alleged survivors of abuse at the Nova Scotia Home for Colored Children, ending a nearly 15-year legal battle in a province with a strained racial history.

“I can’t believe this day is here and the healing process can truly start to begin,” said Tony Smith, who became emotional as he spoke after the decision by Justice Arthur LeBlanc in the Nova Scotia Supreme Court.

Smith is a former resident of the Halifax-area orphanage who was among those who started the legal process when he began sharing his experience at the group home.

“This is major,” he added. “Nova Scotians in general want to turn a page, and one of the pages is being turned.”

Former residents of the home allege they suffered physical, psychological and sexual abuse mostly at the hands of caregivers while living in the orphanage, which opened in 1921 and operated for nearly 70 years.

The home is now a short-term residential facility for children of all races.

An advertising campaign is planned across Canada to inform former residents of the settlement and encourage eligible claimants to come forward. So far, about 185 claims have been filed.

Those who allege they were abused have until Aug. 18 to opt out of the proposed settlement.

Winston Parsons told the court about the two separate times he lived at the home in the mid-1980s.

“My life was hell,” said Parsons, 45, breaking down in tears.

Parsons said he spent nearly 25 years in provincial or federal jails after suffering abuse at the hands of those who were meant to care for him, experiences he says still haunt him.

“I feel like I’m on top of the world right now after getting that off my chest,” Parsons said outside court. “My whole life I was labelled: foster child, group-home boy, punk, thug, gangster. I’d like to know what they would label me today.”

The compensation agreement finalized on Monday is broken into two payout categories. The first is a common experience settlement, which applies to all residents who lived in the Home for Colored Children at any point between Jan. 1, 1921, and Dec. 31, 1989.

Provided no more than about a half-dozen people opt out of the settlement before Aug. 18 — which would allow the province to back out of the deal — money through this payout could be in the hands of survivors as early as October.

The second and lengthier settlement category is an individual assessment program, which would address additional harms beyond those suffered by residents at large, including sexual abuse. Only residents of the Home for Colored Children after Nov. 1, 1951, would be eligible.

The $29-million deal will be added to a $5-million settlement reached last summer directly with the orphanage.

The province does not admit liability, according to terms of the settlement approved Monday.

Premier Stephen McNeil recently said that with the settlement reached, the government will begin developing terms of reference for a process to give former residents an opportunity to publicly share their stories in an inquiry-type setting.

The previous NDP government fought the lawsuit in the courts, arguing that some of the allegations are based on speculation or hearsay. It was subsequently certified as a class-action, though the abuse allegations have not been tested in court.

Besides monetary compensation, alleged abuse survivors will also have access to various resources, including psychological and financial counsellors.

LeBlanc called the agreement an important step towards reconciliation.

Ray Wagner, a lawyer for the claimants, described the settlement as a “historical opportunity” for provincial race relations and said it has national implications for a restorative justice approach to healing past wrongs suffered by survivors instead of laying blame.

“We’ve been, unfortunately, recognized outside this province as having grave difficulty with race relations,” Wagner said. “This gives us a historical opportunity to say we are dealing with these demons … confronting our past, dealing with it and moving on to the future.”

Harriet Johnson, one of the named claimants in the class-action case, alleged in court that she was sexually assaulted at the age of 8 1/2. She said she escaped the orphanage at 13 by agreeing to work as a prostitute for a staffer.

“We did it guys, we did it,” Johnson told an emotional crowd of former residents and supporters outside court. “Today is the day we celebrate because we were able to show them what happened to us was real.”