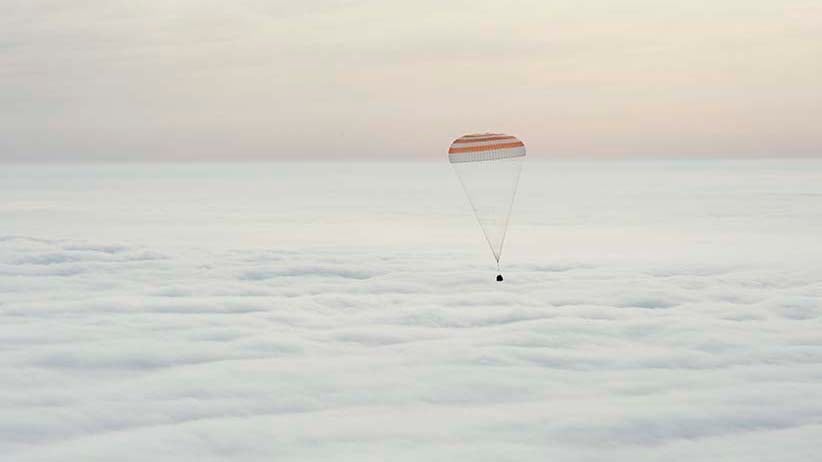 China’s carbon emissions may have peaked as early as 2014, according to research from the London School of Economics, well ahead of the 2030 goal set out by its leaders. The world’s largest producer of emissions is in the midst of an economic slowdown; it’s also adopting carbon-reduction policies to clean up air pollution so it could be that the targets it set in the U.S.-China climate agreement were too low. Could they do better? Germany, Austria, Portugal and Luxembourg want to try, and are calling on the EU to toughen its 2030 climate goals. Targets, of course, are merely targets. Still, why not be ambitious?

With a Vancouver “teardown” recently selling for $1 million over asking price, the Canada Mortgage and Housing Corp. is finally seeking hard data on foreign buyers who are funnelling their money into Canadian real estate. It’s no surprise people from other countries badly want to live here. A Statistics Canada study found only about a quarter of Canadian households experienced any sort of “disorder” in their otherwise idyllic neighbourhoods—except, of course, for all those “sold” signs being hammered into the ground.

Cloudy with a chance for Pluto

New images from NASA’s New Horizons mission show a thin haze—potentially clouds—in Pluto’s atmosphere, a discovery that has some scientists speculating the dwarf planet has a weather system. That, in turn, has rekindled talk of reinstating Pluto’s full planetary status, which was stripped by the International Astronomical Union (IAU) in 2006. Clouds, in and of themselves, would not satisfy Pluto’s missing criterion from the IAU definition of a planet, but it would help with one scientist’s unofficial “Star Trek test”; those aboard a starship would be able tell it’s a planet just by looking at it.

Why your backyard needs a subwoofer

Researchers at the University of Victoria have found that raccoons will change their feeding and reproductive habits if they think predators are nearby. For the study on the peaceful small islands in the Strait of Georgia, described as a “raccoon paradise,” the shoreline was blasted with speakers playing sounds of predators like sea lions, black bears, cougars and, especially, a dog’s bark. Could this knowledge help homeowners in raccoon-infested cities? Possibly. It would also help if humans stopped leaving out a green bin full of dinner every night. 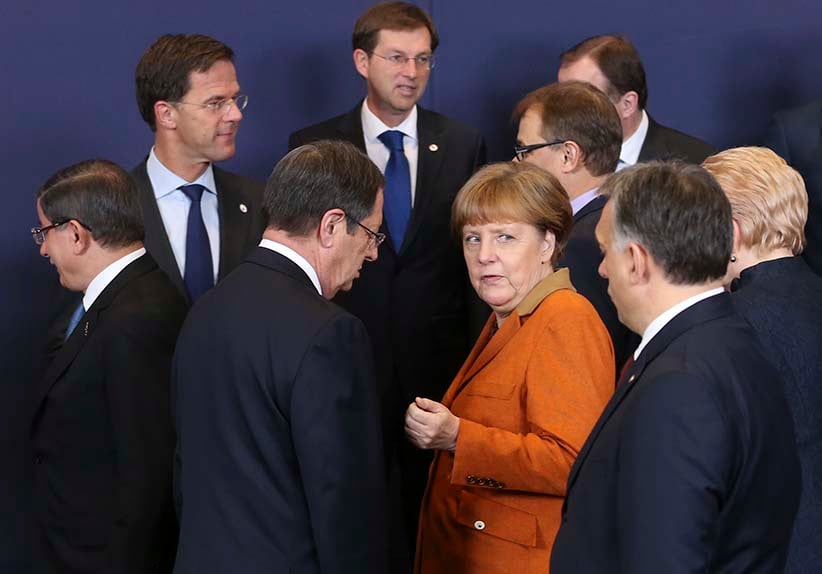 German Chancellor Angela Merkel (3-R) looks back at at Hungarian Prime Minister Viktor Orban (R) while chatting with Cypriot President Nicos Anastasiade (C-L) as they and EU leaders gather for a group photo during an extraordinary summit of European Union leaders with Turkey in Brussels, Belgium, March 7, 2016. (Olivier Hoslet/EPA)

Tensions have ratcheted even higher on the Korean peninsula after North Korea, facing sanctions over recent nuclear and rocket tests, threatened “preventive nuclear strikes” on the U.S. and South Korea. The amped-up rhetoric came in response to bigger-than-usual joint military exercises by Seoul and Washington, which this year included a “beheading mission” targeting North Korean Leader Kim Jong Un. Even Russia is concerned. Moscow warned Pyongyang to dial it back, lest it invite a UN-led military intervention.

Borrowing Prime Minister Justin Trudeau’s “because it’s 2015” quip regarding his gender-equal cabinet, Vancouver city councillor Andrea Reimer has tabled a “Because it’s 2016” motion to give women equal spots on the city’s advisory councils. But Canada still has a long way to go before women are treated equally in the world of work. A new report by Oxfam Canada and the Canadian Centre for Policy Alternatives suggests women remain mired in lower-paying jobs, contributing to a persistent wage gap that’s barely budged in a decade. If you’re a woman, in other words, your paycheque still “looks like 1997.”

Tennis icon Maria Sharapova, one of the world’s most marketable female athletes, shocked fans (and sponsors) when she revealed she failed a drug test at this year’s Australian Open. The former world No. 1 said she was prescribed mildronate, or meldonium, for a medical condition, but didn’t know the drug was recently added to a list of banned substances. With pro tennis already reeling from allegations of match-fixing, things seemingly couldn’t get any worse. Unless you’re a fan of Canada’s Eugenie Bouchard, who complained of “concussion-like symptoms” during her loss in the Malaysian Open finals this week—a full six months after her slip in the U.S. Open’s locker room.

The world lost two relatively unknown souls this week who forever changed the way we live. Raymond Tomlinson, 74, was credited with inventing email—and repurposing the now-ubiquitous @ symbol—while working on the Internet’s predecessor in 1971. Meantime, Gillis Lundgren, 86, died nearly four decades after inventing Ikea’s famous Billy bookcase, which the Swedish furniture giant still churns out at a rate of 15 per minute. Talk about having an impact.