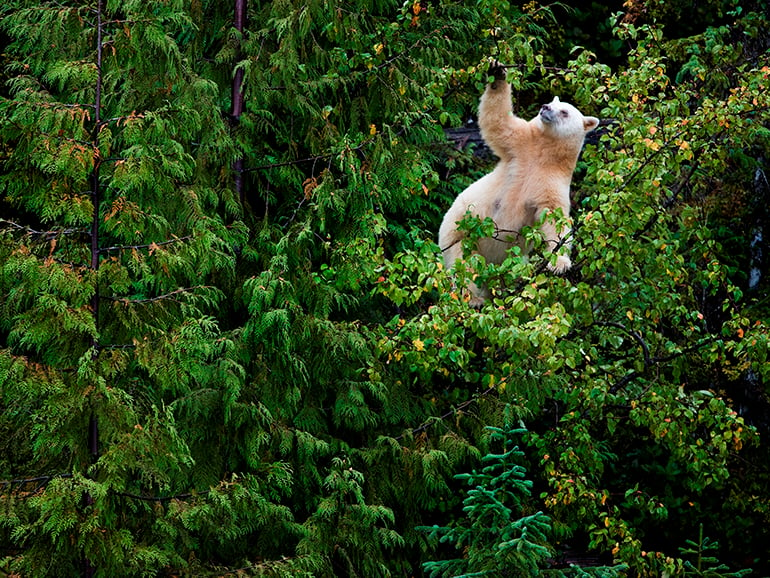 A Kermode bear mother climbs a crab apple tree to grab its fruit.

At least we’re not in recession.

After two months of negative or flat growth, Canada’s economy showed some spark in November by posting 0.3 per cent growth month-over-month in real GDP, according to Statistics Canada. The modest gains were partially attributed to a rebound in manufacturing as well as wholesale and retail trade. With the energy industry in the dumps, that’s exactly the kind of growth Canada will need to see more of. The U.S. economy also saw growth in the fourth quarter of 2015, albeit at an anemic 0.7 per cent, but at least it’s better than the recession some observers feared the U.S. had entered.

It started as a joke, but fans voting NHL journeyman John Scott into hockey’s all-star game came as close as imaginable to making a normally dull event worth watching. Scott scored twice, earning MVP honours as he captained his team to victory in the inaugural three-on-three tournament. Canadian basketball fans can also rejoice as the Toronto Raptors’ recent 11-game win streak tied a record for any pro sports team in the city of no champions. Next weekend, Toronto is also hosting an all-star game of its own when the NBA comes to town.

Related from macleans.ca: John Scott, and how the NHL applied hockey’s ‘Code’ on its fans

The new Barbie has curves. Now, how about Ken?

After generations of scrutiny regarding Barbie’s body—and years of declining sales—Mattel announced that curvy, petite and tall versions of the iconic doll in seven different skin tones will hit shelves in March. The move has been largely applauded for promoting a realistic body image, but there’s more to the problem than dolls. A recent study from Australia found an overwhelming number of women who viewed pictures of super-fit women felt just as bad about their own bodies as those who were exposed to photos of fashion models. Next up: How about a realistic Ken doll, complete with belly and receding hairline?

Birds vs. drones: Showdown in the Hague

The buzz of hobbyists’ drones overhead is not merely a nuisance for neighbours. The mere sight of them can cause major headaches for airport security and police. Fortunately, the Netherlands’ national police found an ally to combat the obnoxious toys: bald eagles trained by a Hague-based security firm to snatch the flying machines out of the sky. Dutch police plan to investigate whether the birds can provide security during major events or around airports. It will also make for some great drone camera footage. 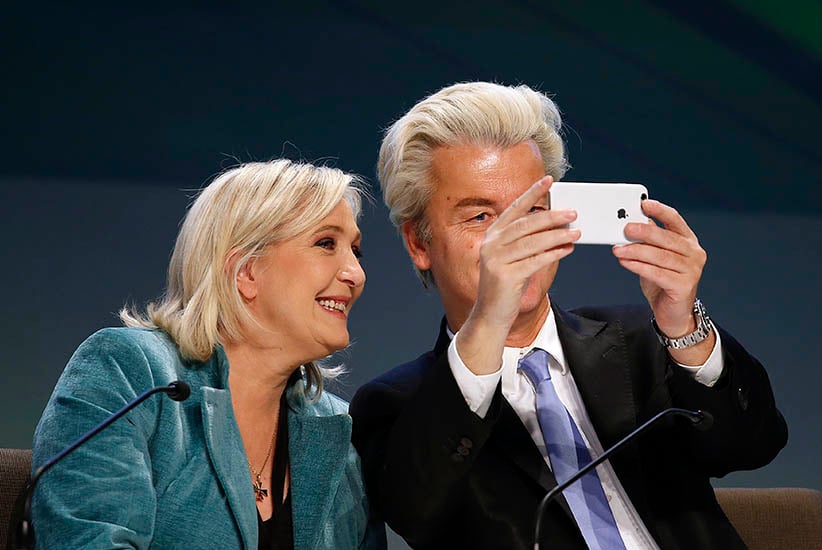 Canada’s carbon commitment is a load of hot air.

It isn’t a big surprise, but Canada won’t come anywhere close to reaching the greenhouse gas reduction targets it agreed to in Copenhagen back in 2009. According to government figures, CO2 emissions are projected to be 768 megatonnes (Mt) in 2020—well above the promised 622 Mt—and rise to 815 Mt by 2030, far exceeding the new Paris-agreement target of 524 Mt. All of the country’s environment ministers met to discuss strategies this week, but it’s going to be tough. Hitting the 2030 target requires the elimination of the equivalent of all current emissions from cars, trucks, electricity generation and buildings. Talk about an inconvenient truth.

January was the deadliest month yet for refugees trying to reach Europe. Twin disasters over its final weekend—with 70 dead off the coast of Libya and 39 people presumed drowned off Greece—pushed the monthly body count to 360. In comparison, 82 perished in January 2015, and a dozen in January 2014. More than 62,000 refugees and migrants have safely arrived on the continent so far this year, and the flow shows no signs of slowing. Meanwhile, Sweden and Finland are moving to deport tens of thousands who are already there, and even Germany has tightened its borders. Compassion is running dry.

Oscar is already too white. Now the King of Pop, too?

Joseph Fiennes admits he was “as shocked as you may be” when he was cast as Michael Jackson in a new TV comedy special. The white Shakespeare in Love actor portrays the King of Pop in a story about a supposed road trip Jackson took alongside Elizabeth Taylor and Marlon Brando in the aftermath of 9/11. Some fans are none too pleased with the casting selection, but Fiennes explains the late musician was “probably closer to my colour than his original colour” by that point. Given the furor about this year’s all-white Oscars, it’s an astounding choice. Who said that timing is everything in show business?

Pro-choice and pro-life activists in P.E.I. are both claiming Anne of Green Gables’ endorsement. Posters of the red-headed legend were put up across Charlottetown as part of lobbying efforts for abortion access on the Island. P.E.I. Right to Life countered that Anne would, in fact, be a poster child for “how an unwanted child can demonstrate the unexpected blessings of choosing life, since she is adopted.” Both sides should be written out of the story.