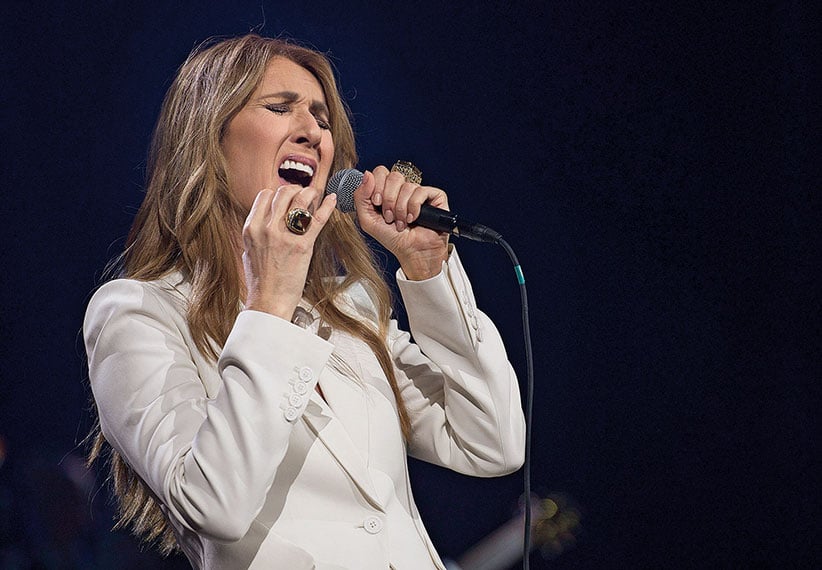 The selection of Supreme Court justices will be a less partisan, more transparent affair from now on. The Liberal government announced that a seven-member advisory board will select a roster of candidates to replace outgoing Justice Thomas Cromwell. Would-be candidates can nominate themselves or others via a website. The committee, headed up by former prime minister Kim Campbell, will put forward a list of three to five names, from which Prime Minister Justin Trudeau has pledged to select the new justice.

In the wake of the ISIS-inspired murder of Jacques Hamel, a French priest, hundreds of Muslims attended Catholic mass across France and Italy. It was a gesture of solidarity, and a reminder that the vast majority of Muslims despise ISIS’s murderous ways. For his part, Pope Francis blamed globalization for the marginalization of Muslim youth, and added that the love of money was itself a “basic terrorism against all of humanity” (though it might have helped if he hadn’t said so while traveling on a chartered jet).

While not quite moving mountains, Norway might give one away to its neighbour. In honour of Finland’s upcoming centenary of its independence from Russia, Norway is considering moving its shared border about 40 metres so that the peak of Mount Halti, known as Hálditšohkka, would be in Finland and become that country’s highest peak. Norway is overwhelmingly in favour of the idea—especially because it hardly robs the country of any bragging rights. Norway’s tallest peak, Galdhøpiggen, is over 1,000 m higher than Hálditšohkka. “We would not have to give away any part of Norway. It would barely be noticeable,” Bjørn Geirr Harsson, a retired Norwegian mapping official who came up with the idea, told reporters.

4. That’s one small step for man, one giant fall for mankind.

Luke Aikins gracefully bridged the gulf between precision and insanity by jumping out of an airplane from 25,000 feet without using a parachute. After freefalling at a speed of nearly 200 km/h, Aikins spun onto his back and landed in a giant net in California’s Simi Valley, as his wife and four-year-old son looked on. “I’m almost levitating, it’s incredible,” Aikins declared after landing safely. It may not have represented any kind of great leap for mankind, but it sure was a great leap. 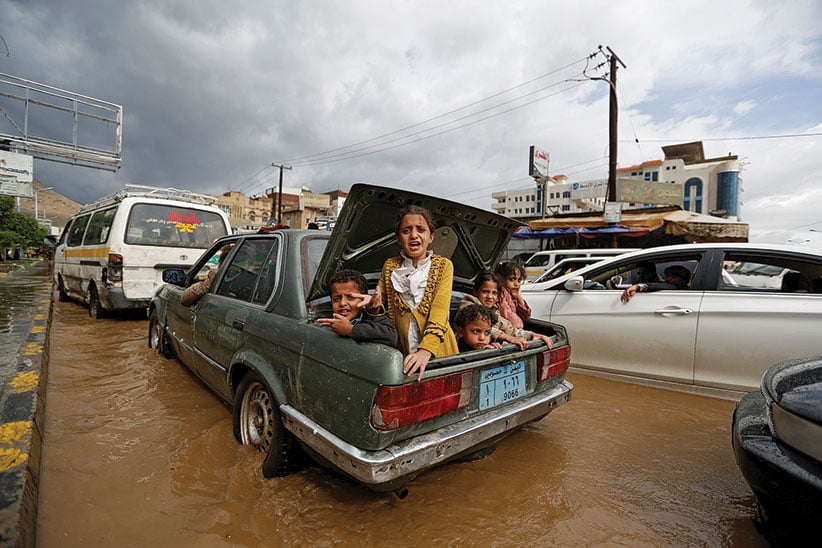 Children ride in the trunk of a car on a flooded street in Sanaa, Yemen August 1, 2016. (Khaled Abdullah/Reuters)

5. Polling stations could use an XP-dient Windows update.

U.S. presidential nominee Hillary Clinton says the Kremlin is behind an embarrassing hack of the Democratic Party’s computer systems because Russia wants Donald Trump in the White House. If that’s the case, Americans may have more than the DNC’s servers to worry about. Experts say outdated electronic voting machines could allow hackers to influence the November election by simply taking polling stations offline in key districts. How vulnerable are these machines? Many are still running Microsoft’s Windows XP, which last saw a security patch update in 2014.

Hunter Tootoo was back in his constituency office in Iqaluit this week, two months after the former fisheries minister resigned from cabinet to seek treatment for alcohol “addiction issues.” Tootoo, who was forced from Liberal caucus, has since apologized for a “consensual but inappropriate relationship” with an unidentified individual. Other prominent Liberal MPs, like Seamus O’Regan and John McCallum, had sought similar treatment without being turfed from the party.

7. Canada’s economy gets burned in May.

Canada’s economy shrank by 0.6 per cent in May—a disappointing, but not entirely unexpected performance given the devastating impact of the Alberta wildﬁres on Fort McMurray last spring. The oil sands alone suffered a 22 per cent decline in output as mining and upgrading facilities were forced to evacuate. Of course, GDP will get a boost as oil sands operations resume and Fort McMurray rebuilds—though it’s small consolation for those who lost everything.

8. The Texas solution to gun violence? More guns on campus.

Students will soon be able to pack a concealed handgun in class at public universities in Texas. Proponents say the new law applies only to responsible gun owners who hold the proper licenses, and will act as safeguard against a growing scourge of mass shootings. But professors remain uneasy, noting students and good judgment don’t always go hand-in-hand. In related campus news, the infamous fraternity suspended in 2012 for “butt-chugging” (think alcohol enema), which sent a student to hospital, returns to the University of Tennessee this fall.