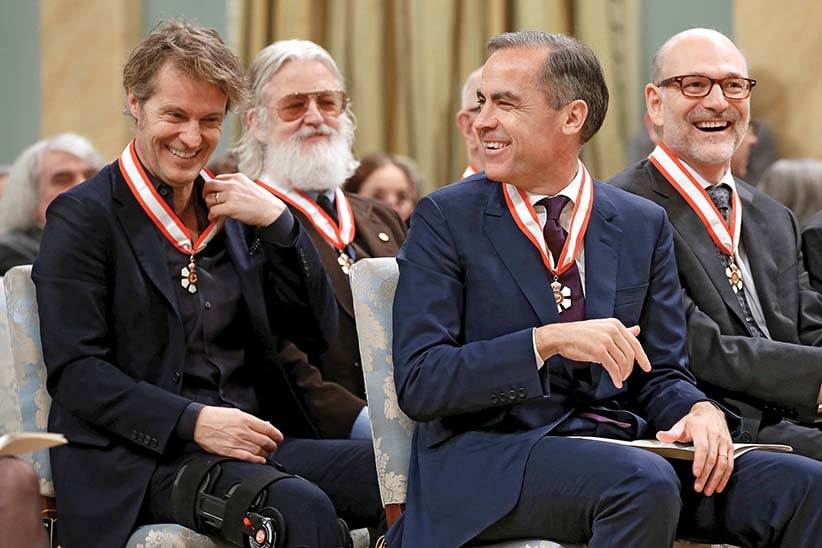 French authorities have confirmed the death of Abdelhamid Abaaoud, the alleged ringleader of the Paris terror attacks. The 27-year-old Belgian was one of three people killed during a bloody police raid that saw 5,000 rounds fired and a suicide bomber almost bring down a building. Eight others were arrested. But the country’s renewed war on terror goes beyond investigations at home and air strikes against ISIS targets abroad. This week, President François Hollande announced that France will welcome 30,000 Syrian refugees over the next two years. Freedom fries all around.

2. An Alberta MLA speaks courageously about her experience about domestic violence.

Alberta NDP MLA Maria Fitzpatrick stood in the legislature last week and shared a horrifying tale of domestic violence from her own life, recounting years of physical and mental abuse at the hands of her now-dead ex-husband. The emotional speech came during debate over a private member’s bill, proposed by Independent MLA Deborah Drever, which would allow fleeing victims of domestic violence to break leases without financial penalty. It’s good that such a measure is being considered. And even better to see a politician speaking out so bravely on a subject that deserves far more attention.

3. Taco Bell joins the fast-food focus on being humane.

Taco Bell has announced that all of its 6,000 U.S. locations will switch to eggs laid by cage-free chickens by the end of 2016. The chain had already vowed to remove artificial colours, flavours, corn syrup, added trans fats and unsustainable palm oil from its menu items by the beginning of the New Year. The egg move comes on the heels of a similar pledge from McDonald’s, which is giving its 16,000 American and Canadian locations a decade to make breakfast more humane. How refreshing to see fast food joints competing on something other than price or quantity.

4. Sex is good for you. And now, studies prove it.

Happiness at home begins in the bedroom, according to a new University of Toronto study. The paper, based on 30 years of data from 33,000 American couples, found that regular sex promotes feelings of well-being, and that those who do it once a week are the most contented. Unless you live in the U.S. South, where researchers at the University of Georgia have declared that the key to a good marriage is instead to keep saying “thank you” to your spouse. It seems the two conclusions might well be related. 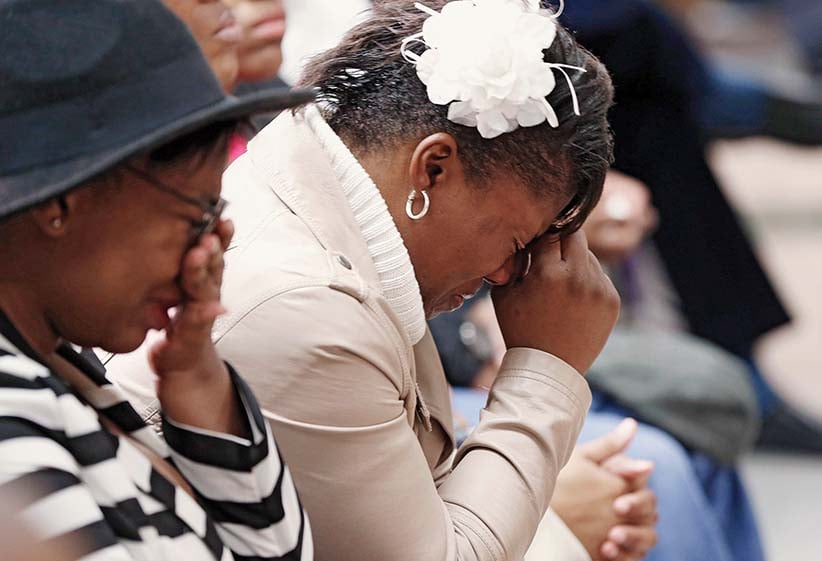 Grief: Danielle Burns, sister of Jamar Clark, an unarmed black man who was shot by police in Minneapolis, cries during a news conference(Jim Mone/AP)

Over the last decade, more than 2,000 people on the FBI’s terror watchlist have legally purchased guns in the United States. The figures, released this week, show that the bureau approved 91 per cent of the firearm background checks it received from terror suspects, often when the buyer was on the no-fly list, too. This, of course, makes no sense, but the agency says its hands are tied unless the watchees have been convicted of a crime. Efforts to tighten the laws have been stalled in Congress for years because of opposition from the National Rifle Association.

A quarter-billion more women have entered the global workforce in the last decade, but the gender pay gap is barely shrinking. At current rates, it will take 118 more years for women to make as much as men, says the World Economic Forum. (Canada came 30th in its 145-country pay ranking, down 11 spots from last year.) Meanwhile, a new study found a quarter of British men claim that they experience a monthly “man period,” suffering symptoms like fatigue, bloating and heightened sensitivity. The validity of “Irritable Male Syndrome” remains questionable, but these men report that 58 per cent of their female partners believe in it too.

7. Scientists have discovered a new bacteria that spells bad news.

The world is on the cusp of a “post-antibiotic era,” warns a report from the journal Lancet Infectious Diseases. Scientists in China have identified a newly mutated bacteria in both people and livestock that is impervious to the drug of last resort: colistin. Doctors believe the resistance will spread globally, raising the spectre that common infections could once again prove deadly, and surgeries and cancer treatments even more dangerous. The Chinese government is moving to ban farm use of colistin, but it may be too late.

City council in Hamilton are considering a motion to ban peanuts from all municipal buildings, rec centres, rinks and stadiums. The move follows a plea from the mother of an allergy sufferer who says her nine-year-old daughter is unable to attend Tiger-Cats football games for fears of a reaction. Nut allergies are serious business, and precautions—like being careful about what you eat and carrying an injector at all times—are prudent. But is a wholesale outlawing really needed? Wouldn’t it make more sense to have a nut-free section at the stadium?