Talking Points: Of oil-free Earth and a debt rating's worth 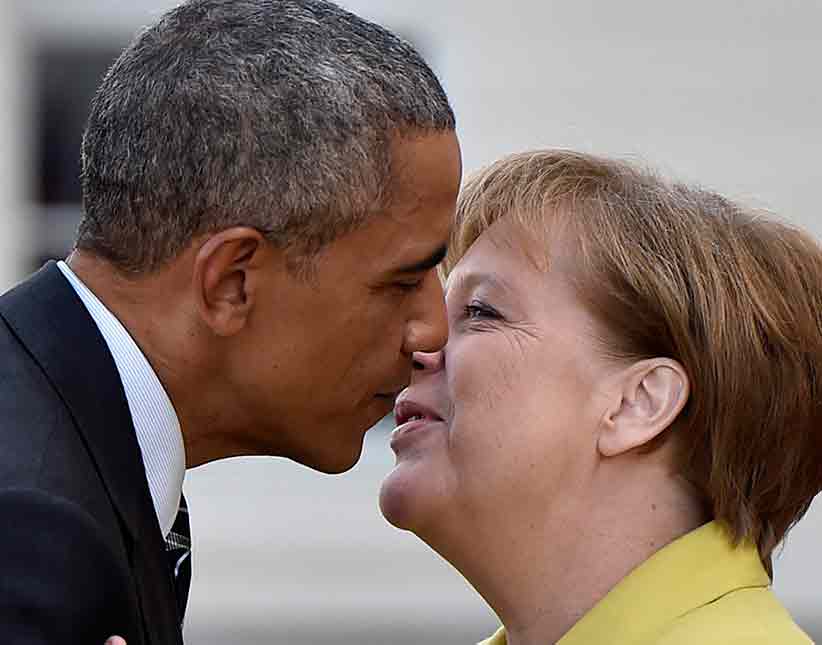 1. Refugees score ‘A’ for achievement.

If there’s a sense of anxiety about how young Syrian refugees will adjust to life in Canada, on the education front, the evidence suggests they’ll do just fine. Newly arrived refugees to Canada outperform many of their Canadian-born classmates in school, says a new Statistics Canada study, which looked at immigrants who were under 18 when they arrived between 1980 and 2000. The data found about 30 per cent of privately sponsored and government-assisted refugees earned a university degree, compared to less than 25 per cent for their Canadian-born peers with two Canadian parents. All the more reason for Canadians to put out the welcome mat.

If the world’s appetite for oil dried up by the year 2020, Saudi Arabia says it could survive—even though oil currently makes up 87 per cent of government revenue. This week, the kingdom’s deputy crown prince, Mohammed bin Salman, outlined a vision that would see Saudi Arabia rise to be among the top 15 world economies within 15 years by shifting away from hydrocarbons and adding six million jobs outside the oil sector. Is a future without oil in sight? Aside from the popularity of electric cars, the solar-powered plane Solar Impulse 2 just completed the hardest leg in its trek around the world, a 62-hour flight over the Pacific—where emergency landing spots are few and far between—from Hawaii to Silicon Valley without a drop of fuel.

3. Don’t keep your hands on the wheel.

A world without car accidents could be in the future, if the public is willing to trust self-driving cars. Early data from Tesla found a 50-per-cent drop in accidents when Tesla’s semi-autonomous driving system, Autopilot, was turned on, according to CEO Elon Musk. Meanwhile, Calgary announced preparations are under way for self-driving cars to be on its streets within five years. The more driving force behind this movement, the better.

It was a good week for heroes. Descending 120 m from a helicopter, Thunder Bay firefighters rescued four hikers trapped on Mount McKay in northern Ontario. Nova Scotia firefighters also saved the day for an eight-year-old boy who fell into a sinkhole of mud, along with the bystander who had tried to save him. Days later, an Animal Planet TV show released footage of the rescue of a castaway found by its TV crew on a deserted island. Missions accomplished. 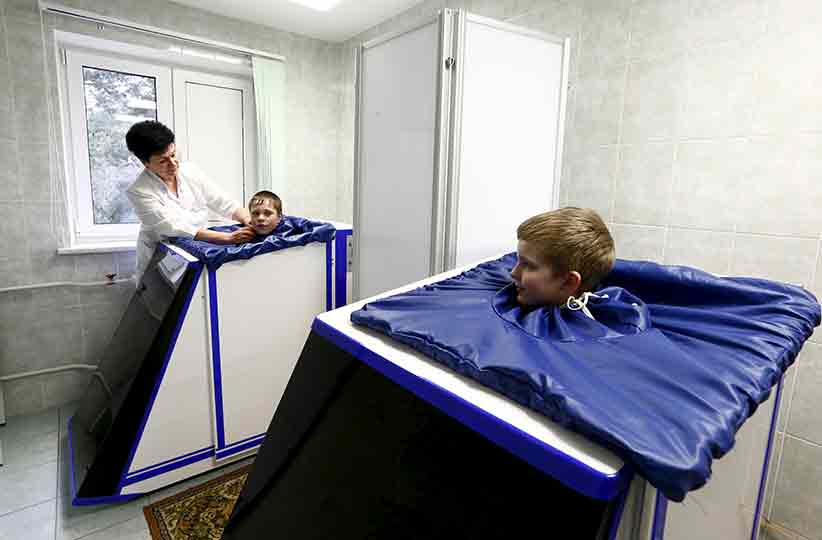 Children, who permanently live at the territory contaminated with radionuclides after the Chernobyl nuclear power plant accident, take physiotherapy while they are in a children’s rehabilitation and health centre on the outskirts of Minsk, Belarus, April 25, 2016. (Vasily Fedosenko/Reuters)

Alberta’s credit rating took another hit when Moody’s downgraded the province’s debt from its perfect AAA score. Moody’s was the last holdout of the three major rating agencies: DBRS cut its rating after seeing the province’s $10-billion budget deficit, while Standard & Poor’s cut theirs in December amid the worsening oil slump. “The downgrade of Alberta’s credit rating, along with our negative outlook, reflects the province’s growing and unconstrained debt burden,” Moody’s said. Finance Minister Joe Ceci called it the price of Albertans keeping their jobs, but many in the province feel the price is too high.

In 2010, when 176,000 British Columbians needed a family doctor, the provincial Liberals promised everybody would have one by 2015. During their 2013 re-election campaign, as the number of doctor-less residents swelled to 200,000, the Liberals doubled down with a $132-million investment, dubbing the initiative “A GP for Me.” Now that 2015 has come and gone without meeting that target, the province has downsized its goals: it now aims to connect each resident with a “primary care home” to be served by a team of medical professionals, with no talk of a new deadline. For many residents sick of broken promises around medical care, it’s too little too late.

7. Europe scares up the xenophobic vote.

The leader of Austria’s populist anti-immigration Freedom Party, who says the refugee crisis forced him to carry a Glock pistol on the campaign trail, scored an early victory by earning 36 per cent of the votes in the opening round of the country’s presidential elections, and will now be part of a run-off ballot on May 22. Meanwhile in the U.K., growing immigration fears are being used to stoke the Brexit campaign: the country’s justice secretary said Britain faces a migration “free for all” once countries like Albania, Turkey and Serbia join the European Union.

8. Conservatives play back to the future.

If Conservative voters had the choice, their preferred candidate to fill Stephen Harper’s shoes as leader of the Conservative Party would be … Stephen Harper. New data from Ekos Research showed 28 per cent of declared Conservatives chose the former prime minister as their preferred choice for the CPC’s next leader, with Peter MacKay and TV pundit Kevin O’Leary polling at 23 and 17 per cent, respectively. It’s hardly a ringing endorsement for a party trying to rebuild.