Talking points: Of sovereignty and superpowers at sea Bloc Quebecois Leader Gilles Duceppe waves goodbye to supporters at the end of his speech, at the Bloc Quebecois election headquarters Tuesday, October 20, 2015 in Montreal Que. Canadians are voting in a general election. (Jacques Boissinot/CP)

Need an answer for that? Trying to look like the smartest person at the dinner party?Our Talking Points have you covered. Read our short takes on some of the big stories from the week that was:

It continues to unravel. In the aftermath of the federal election, Bloc Québécois Leader Gilles Duceppe, who lost for the second time since 2011, is leaving politics (again) after the party captured less than 20 per cent of the vote. The same day, longtime Parti Québécois MNA Stéphane Bédard said he, too, was stepping down—ostensibly to spend more time with family. Political observers say the former interim leader fell victim to party infighting at a time when the PQ’s pro-sovereignty agenda looks out of step with the concerns of Quebec voters. Time for the sovereignist movement to follow its leaders.

Are all pharmaceutical companies evil?

Maybe not so much. San Diego drug company Imprimis will make a custom version of Daraprim, used to treat a parasitic disease, for as little as US$1 a pill—a welcome relief for patients who faced paying US$750 a pill after Turing Pharmaceuticals and unrepentant CEO Martin Shkreli bought the rights to Daraprim, and promptly jacked up the price by more than 5,000 per cent. Imprimis’s surprise move came as Quebec’s Valeant Pharmaceuticals spent the week defending itself—or, at least, trying to—from similar allegations of inflated pricing. At least there are still a few pharma companies out there with healthy business models.

Is the military really going to do something about sexual harassment?

Yes and no. Canada’s newly appointed chief of defence staff, Gen. Jonathan Vance, initiated “Operation Honour” to clamp down on sexual harassment and sexual assault in the military. Sadly, some Canadian Forces members and Royal Military College recruits have taken to renaming it Op Honour, with the sexist play on words, “Hop on her.” Meanwhile, eight provincial police officers in northern Quebec were put on administrative leave after Native women in the Val-d’Or region said they were physically assaulted or forced into sexual acts. The allegations, yet to be proven, further highlight the urgent need for an inquiry into missing and murdered Indigenous women in this country. Catchy slogans and well-meaning programs simply aren’t enough to remedy a problem as widespread as it is disturbing.

What’s happening between China and America?

A little tension. To no one’s surprise, Beijing officials accused America of “deliberate provocation” this week when a U.S. Navy warship sailed next to one of China’s man-made islands in disputed waters in the South China Sea. China said the act threatened the country’s sovereignty; the U.S. countered that it was merely exercising its freedom to navigate international waters. With so many potentially destabilizing global concerns in play—from a slumping global economy to the re-emergence of a bellicose Russia—the last thing we need is two superpowers and major trading partners taunting one another over where they can cruise. 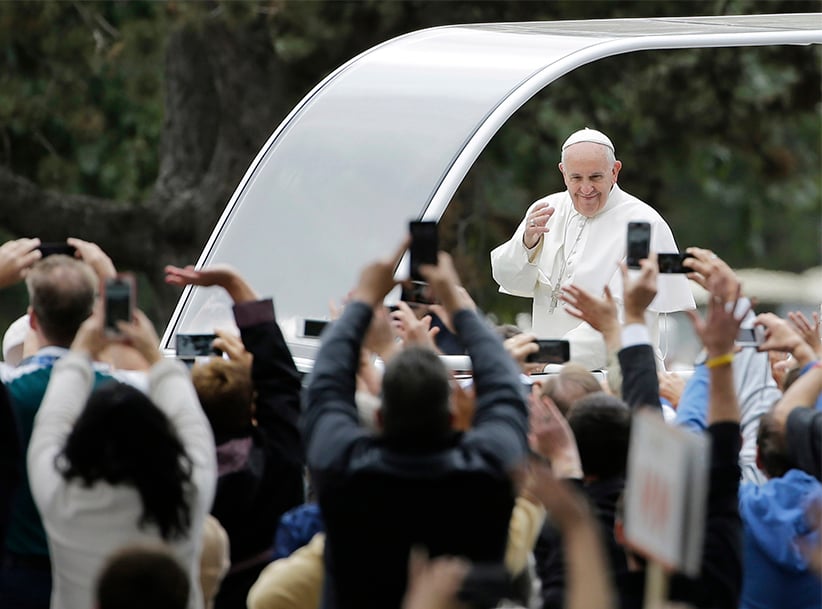 What came out of the Vatican global summit?

Some good, some bad. After a fractious three-week global summit in the Vatican to discuss family matters, cautious bishops called for the Catholic Church to be more welcoming of remarried divorcees and unmarried Catholics who live together. But there were no similar olive branches for homosexuals. Some doors to the Church, despite the hopefulness embodied by Pope Francis, remain frustratingly closed.

Is a comedian’s election to high office in Guatemala some kind of joke?

No, and Guatemala’s political elite is no longer laughing at comic Jimmy Morales. The 46-year-old TV celebrity ran for president and won in a landslide, riding a wave of voter backlash against a corrupt establishment. That’s despite making what seemed like outlandish promises, such as tracking teachers with GPS devices to make sure they show up to class. U.S. presidential hopefuls take note: Morales’s rise sounds awfully similar to the one enjoyed by America’s very own buffoonish, right-wing celeb candidate—minus the hair, of course.

What travels faster than the speed of light?

Light, it turns out, if it’s travelling through the right substance. Researchers at Harvard University have developed a “metamaterial” that allows light, theoretically, to move infinitely fast through it. The effect is similar to what happens when light passes through glass or water and it essentially slows down—only, the opposite takes place. Researchers, who promise no laws of physics have been broken, hope the technology can one day be used to build supercomputers that use faster-than-light light to process information.

The Jays are out. Now what?

Good news: There are plenty of Canadian playoff teams to still cheer for. The Toronto Blue Jays’ thrilling playoff run, punctuated by slugger José Bautista’s now-epic celebratory bat flip, has come to an end. But face-painted fans needn’t despair. There’s still the CFL playoffs and, for the first time ever, all three of Canada’s professional soccer clubs—Toronto, Montreal and Vancouver—will play beyond the regular season. In other words, there are still a few more weeks for sports-crazed Canadians to live and die on the edge of hard plastic seats.