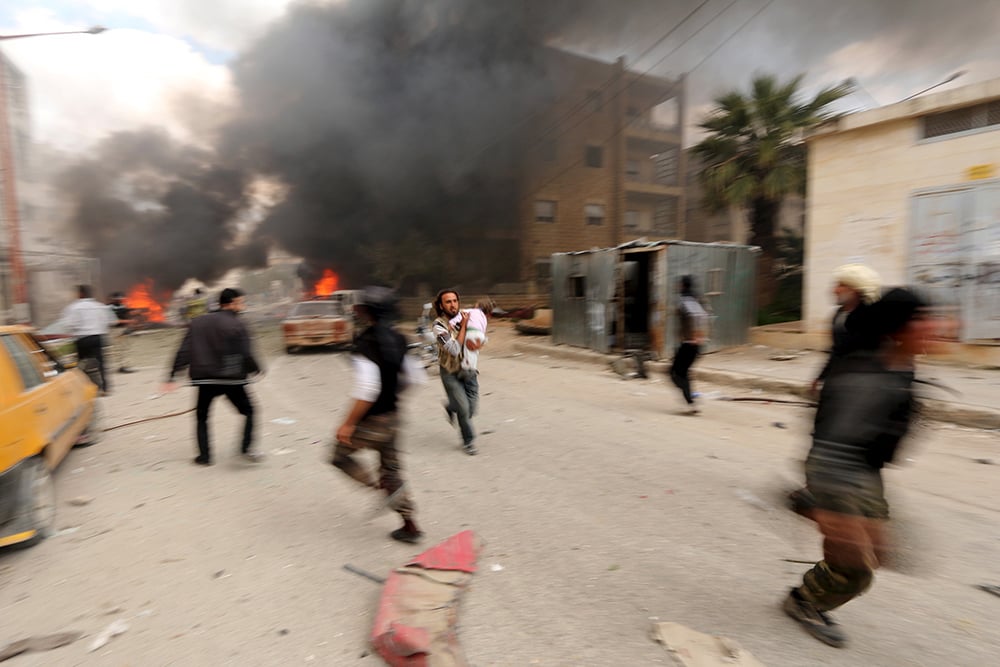 Could Bashar al-Assad actually step down as president of Syria?

The chances are better than ever. If peace somehow returns to war-torn Syria, historians may remember last week as a pivotal turning point. Russia—a key supporter of Bashar al-Assad’s murderous regime, along with Iran—appeared to soften its tone, insisting that international negotiations don’t hinge on whether Assad stays or goes. Asked if keeping the Syrian president in power is a crucial sticking point for Moscow, a foreign ministry spokeswoman replied: “Absolutely not. We’ve never said that.” The U.S. and its allies have long maintained that Assad must step down as part of any eventual peace plan. With Russia seemingly warming to that idea, a solution suddenly seems much more realistic.

Are we still the true North strong and free?

A new study says yes. Anyone who followed the final weeks of the federal election campaign may not believe it, but Canada is the freest—and most tolerant—country in the world. So says the Legatum Institute, a London-based think tank that publishes an annual “prosperity index.” Although Canada placed sixth overall out of 142 nations, we rank first in the “personal freedom” category and fifth when it comes to tolerance for ethnic minorities (92 per cent of respondents said Canada is a “good place” for immigrants). Now that women are allowed to wear niqabs during citizenship ceremonies, expect Canada to remain near the top when next year’s index is released.

What actually brought down Flight 9268?

It’s unclear. The carnage is about the only thing certain: 224 dead, an Airbus passenger jet—on its way to St. Petersburg, Russia, from the Egyptian resort of Sharm el-Sheikh—ripped to pieces. As theories abound, sources say a U.S. military satellite detected a midair heat flash from the Russian airliner right before it crashed, suggesting a possible bombing. Another report said the cockpit voice recorder captured “uncharacteristic sounds” right before the plane disappeared. Authorities are not jumping to conclusions, however, saying a technical failure remains the likeliest cause. An utter tragedy, no matter how it happened.

What happened to that guy who defended ‘FHRITP’ being hurled at a reporter?

He got his job back. No one was recommending eternal unemployment for Shawn Simoes, the foul-mouthed Toronto soccer fan caught on video last May justifying the verbal abuse of female broadcasters doing live hits. But Simoes’s employer, Hydro One, had every right to sack him after the clip went viral, and a recent arbitrator’s decision ordering his reinstatement is a head-shaker. In a world of video-equipped smartphones and ubiquitous social media, a worker’s stupid public behaviour can damage his employer’s reputation as surely as it can his own. A union card should not shield him from the logical consequence of his actions.

Related:He was fired. You could be next, for much less.

Where’s all the oil money going?

It’s leaving Canada. As Big Oil continues to tank, big money is heading across the border. According to Merrill Lynch, cash is flooding out of Canada at the fastest pace in the developed world, as investors in search of economic drivers find few replacements for the once-lucrative oil boom. Canada’s basic balance—a measure of national accounts that spans everything from trade to financial-market flows—swung from a surplus of 4.2 per cent of gross domestic product to a deficit of 7.9 per cent in the 12 months ending in June. If there’s one bright side, analysts hope the resulting fall in the Canadian dollar helps boost manufacturing in the year ahead.

Is it just me, or are our heroes getting younger?

It’s not just you. A five-year-old Alberta girl has been awarded a medal of bravery from the Royal Canadian Humane Society for rescuing her mother and baby brother after their car veered off a highway and plunged down an embankment. Seeing that her mom had been knocked unconscious, Alexis Shymanski managed to unbuckle her car seat and climb up the steep hill—barefoot—in search of help. “We wouldn’t be here, the baby or I, without her,” said the girl’s grateful mother, Angela. Alexis plans to bring her new medal to show-and-tell.

Was this Halloween a trick or a treat?

It depends on how you read this quirky story. Police in Innisfil, Ont., north of Toronto, provided their own unique treat on Halloween. In a press release that triggered countless headlines, the force said officers encountered a wounded “Tin Man” at a party. Three women at the scene—Dorothy, Glinda the Good Witch, and the Wicked Witch of the East—said the victim was punched by another Wizard of Oz character: Scarecrow. “The Scarecrow didn’t have the brains to stick around,” the release said, “and ran away with the Cowardly Lion.”

What happened to those 33 Chilean miners, trapped underground?

Some are now suing their lawyers. A few of the 33 miners who were trapped underground for more than two months say they were cheated out of millions of dollars after selling the rights to their harrowing story. Luis Urzua, the shift leader back then, is now at the forefront of the lawsuit. As he said outside the courthouse: “Today we’re being rescued for a second time.”