Talking Points: On a tennis star, and Homa Hoodfar 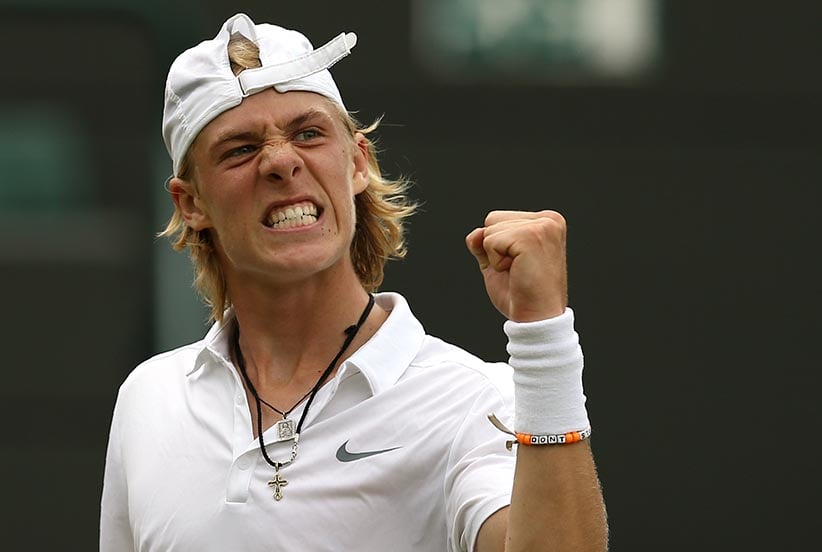 Canada’s Denis Shapovalov wins a point against Australia’s Alex de Minaur during the boy’s singles final match on the last day of the 2016 Wimbledon Championships at The All England Lawn Tennis Club in Wimbledon, southwest London, on July 10, 2016. (Justin Tallis/AFP/Getty Images)

1. Second place in Wimbledon, but a first anyway.

The fuzzy orb blazed toward Andy Murray at 236.5 km/h, off the racquet of Canada’s Milos Raonic. It was the second-fastest serve in Wimbledon history, but the Scotsman ably returned it and won the point, along with the men’s final in straight sets. Raonic was upset he could only clutch the second-place trophy, but the 25-year-old from Thornhill, Ont., had already made history as the first Canadian man to play in a Grand Slam singles final. Odds are he’ll make more of them—his serve shows no signs of slowing down.

MORE: From the archives, our interview with Raonic

On its surface, it sounds like a win for big government and big NIMBY: a Toronto civic committee ordered the removal of a tree house in a west-end backyard. Chalk this one up instead to a victory for kids. The $30,000 pirate-ship-shaped structure, built by the family’s father, didn’t just run afoul of height and zoning regulations; it violated the spirit of tree houses. They’re meant to be built by or with kids, not as parents’ architectural projects. In other welcome kids’ news, Ontario’s children and youth services minister wants the city to end its (rather anti-Canadian) ban on road hockey.

While the Rio Games’ ill-boding press releases continue at gold-medal pace, an elderly resident of Salt Lake City, Utah, who had travelled abroad was announced July 8 as the first Zika-infected person to die in the continental United States. Health officials did say the man had an underlying health condition, though it’s still bound to add to the anxiety about the mosquito-borne disease keeping top golfers and tourists alike away from the Games. Also, Brazilian scientists announced a drug-resistant bacteria strain growing off some of Rio’s top beaches.

A week after Barack Obama needled the Trudeau government to pitch in more within NATO, Canada committed to lead the alliance’s force in Latvia, to deter westward aggressions by Russia. The Russian embassy in Canada called it sabre-rattling. And Canada isn’t in a position to back it up, lacking the basic military capacity to defend its own northern border. Yes, Russia must be kept in check and NATO must be supported, but this isn’t an area where Canada appears fit, morally or militarily, to lead. The Liberals also announced a better form of solidarity with the former Soviet states: a free-trade pact with Ukraine.

MORE: What does it mean that Canada is NATO’s Latvian tripwire? 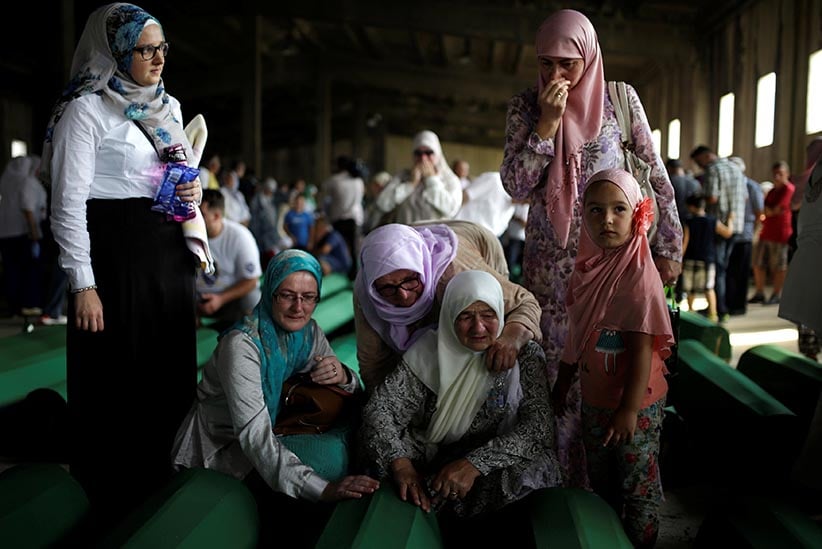 Muslim women cry near coffins of their relatives, who are newly identified victims of the 1995 Srebrenica massacre, which are lined up for a joint burial in Potocari near Srebrenica, Bosnia and Herzegovina July 9, 2016. (Dado Ruvic/Reuters)

5. A Canadian is jailed at the whims of Iranian justice.

Homa Hoodfar is 65. She is a Concordia University anthropologist. She’s revered worldwide for her expertise on sexuality and gender in Islam. She is in bad health, according to her family. She is now also indicted by the Iranian government under unknown charges, after being detained in a notorious Tehran prison for a month. Hoodfar, a dual passport-holder, is being kept along with three others with British and U.S. ties. As with so much that Iran does, it’s a murky move that could be political muscle-flexing by Iran. Canada’s lack of an embassy there makes such problems even harder to penetrate.

6. So, you want to be a Canadian senator?

Wanted: 20 sober second-thinkers for immediate and upcoming vacancies in Canada’s Senate. Are you a property-owning citizen between ages 30 and 75, with a non-partisan interest in federal legislation? The Trudeau government has created a nine-page online application form for aspiring senators; the form frowns on criminal records, heavy politicking and lobbying. It’s an innovative idea for an upper house in need of reform, but the vetting board and Prime Minister should consider a Groucho Marx approach—the club should be wary of anyone so keen to be a member.

7. American markets are the land of the glee.

In a year of outbreaks of mass violence and jarringly hard-to-like presidential choices, U.S. financial markets are proving one of 2016’s best feel-good stories. The S&P 500 closed at record levels on Monday, and the Dow Jones industrial average closed at an all-time high a day later. The stock indexes were lifted after the U.S. jobs report announced that payrolls swelled by 287,000 employees in June and average hourly wages are up 2.6 per cent on the year. Such rosy figures haven’t shown up yet in Canada, but more and wealthier U.S. workers are bound to hike export demand.

8. Our jetliners hardly offer a breath of fresh air.

They lose our luggage, delay chronically, serve us broken crackers and cold camembert, and now this reminder that flying is hell: a Delta flight from Minneapolis to Rapid City, S.D., erroneously landed at a nearby Air Force Base. The Airbus reached its final destination three hours late, without explanation by Delta of the mistake. Skytrax this week ranked Delta the 35th-best airline in the world. Don’t get too smug up here: Air Canada slipped for the fourth straight year, to 31st, while WestJet and Porter rank behind Delta.