Speed read the news with our Talking Points round-up, and sound like the smartest person at your dinner party 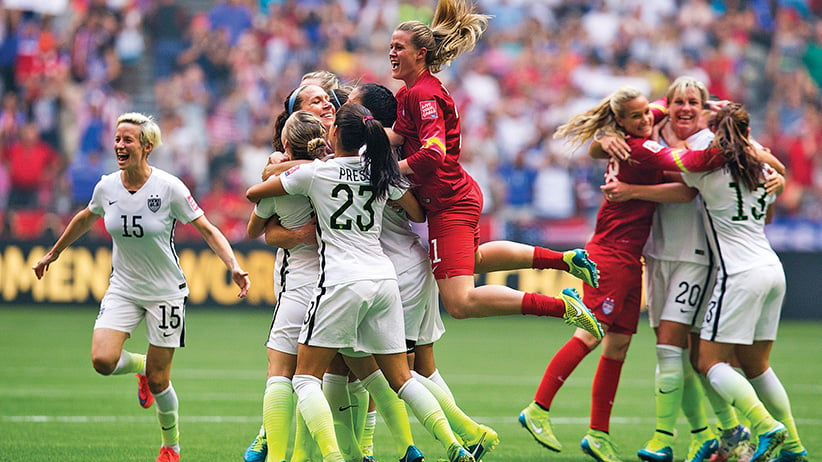 Victory: The U.S. team’s gold-match victory over Japan at the FIFA Women’s World Cup in Vancouver was watched by 25.4 million Americans
BEN NELMS/EPA

Do we need to keep spending on malaria research?

Though the war against malaria isn’t over—the infectious disease will kill an estimated 472,000 people this year—global malaria deaths are at an all-time low. From 2000 to 2015, its mortality rate fell by 58 per cent, according to a UN report, equating to more than 6.2 million deaths averted in that span. In sub-Saharan Africa, the region most afflicted by malaria, children under five had a 69 per cent reduction in malaria mortality, thanks in large part to a tenfold increase in funding since the turn of the century, which has afforded them more insecticide-treated mosquito nets, indoor residual spraying and diagnostic testing. Keep the money flowing.

What did you think about the Women’s World Cup?

The United States won the Women’s World Cup, but Canadians can also count themselves winners for hosting the most successful women’s sporting event of all time. The Americans’ 5-2 win over Japan in the final drew 25.4 million viewers in the U.S.—an 89 per cent increase from the 2011 final, which featured the same countries. Team Canada’s quarter-final against England even beat Game 6 of the Stanley Cup finals among Canadian viewers. Next up for sports hosting duties: the Pan Am Games, which kick off this week. Forget the naysayers; Canada should be in for another party—and lots of gold.

Why do we still need beauty pageants?

When Anastasia Lin won the Miss World Canada pageant in May, she did so while speaking out against China’s treatment of religious minorities. It came at a cost, as she points out in a Washington Post op-ed. Her father, who lives in China, received threats from Chinese security agents due to her advocacy. Rather than go silent, Lin used the intimidation to speak out further against Beijing. The University of Toronto graduate wrote that some Chinese have told her to tone down the political criticism, “but to me this isn’t a matter of politics. It’s about universal human values that should never be abrogated.” It was a solid win for free speech.

What’s the big deal about a solar-powered flight?

Swiss pilot André Borschberg called it “the moment of truth” in his attempt to pilot the world’s first solar-powered flight around the globe. The Solar Impulse 2 took off from Nagoya, Japan, on a 120-hour voyage—breaking the record for longest non-stop solo flight in history—before landing in Hawaii. Time to recharge and conquer the rest of the world. 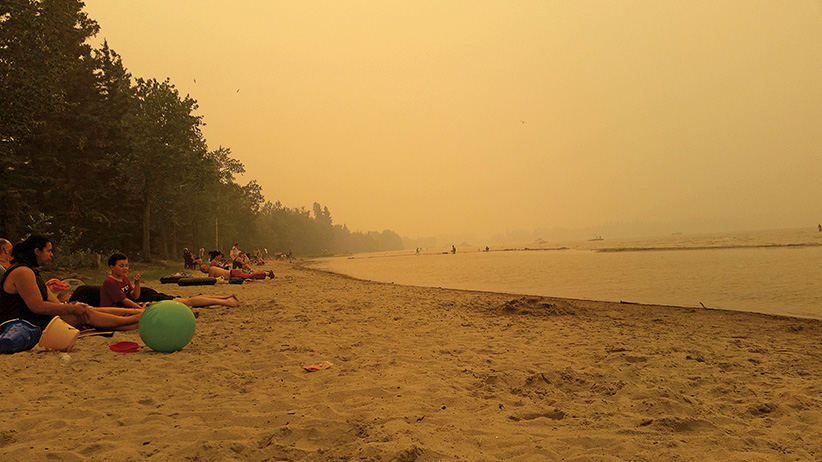 Hazy days: The entire province of Saskatchewan, including Candle Lake (above), is under an air advisory alert while more than 100 wildfires burn
MANDY FERNER/CP

Wildfires across northern Saskatchewan forced more than 13,000 people to evacuate their homes and roughly 1,000 military personnel are en route to help. The blaze is so bad that Manitoba is covered with drifting smoke, prompting an air quality warning from Environment Canada. Thankfully, the community of Cold Lake, Alta., is taking in some of those ousted from their homes, with a Canadian Forces base there assisting with the evacuation. Meanwhile, as forest fires also ravage B.C., Metro Vancouver’s air quality has dipped to levels close to that of smog-filled Beijing.

What’s with all the emergency landings?

Since June 27, Westjet has received at least four bomb threats, leading to diversions and unscheduled landings. Experts say the threats are likely a hoax or a vendetta against the company, and the airline isn’t alone. Air Canada was the target of a bomb threat last week at the Saint John Airport, Turkish Airlines made an emergency landing in India, and United Express made an unscheduled landing in Ohio. Hoax or not, it hardly soothes the already stressful flying experience.

Related: Chris Sorensen on the latest spate of airplane threats

Why are so many Canadian retirees struggling?

With 6.4 million retirees in Canada, accounting for nearly one-fifth of the country’s population, a new report shows the extent to which private sector retirees are struggling compared to those who worked in the public sector. Twenty-two per cent of private sector retirees reported difficulty in making ends meet—nearly twice the public sector rate—while more than half of them worry they will outlive their retirement finances (compared to 41 per cent from the public sector). Sure, 48 per cent of all retirees said they retired earlier than expected, but what good is that if there’s no money for one’s golden years?

What are they saying about the F-35 jet now?

The F-35 fighter jet may be the most expensive weapon ever built—with research and development totalling $1 trillion—but a leaked report about mock combat tests reveals it’s not so great in a dogfight. Military journalist David Axe said the fighter jet fared poorly against the F-16, a plane designed in the 1970s. The F-35 could not turn or accelerate fast enough to get into a good shooting position against the F-16, nor evade attack from the older jet. “If you need your airplane to fight air-to-air, you cannot buy this airplane.” Canada’s purchase of F-35 jets is on hold. How long the nation can rely on its aging fleet of CF-18s is another question.