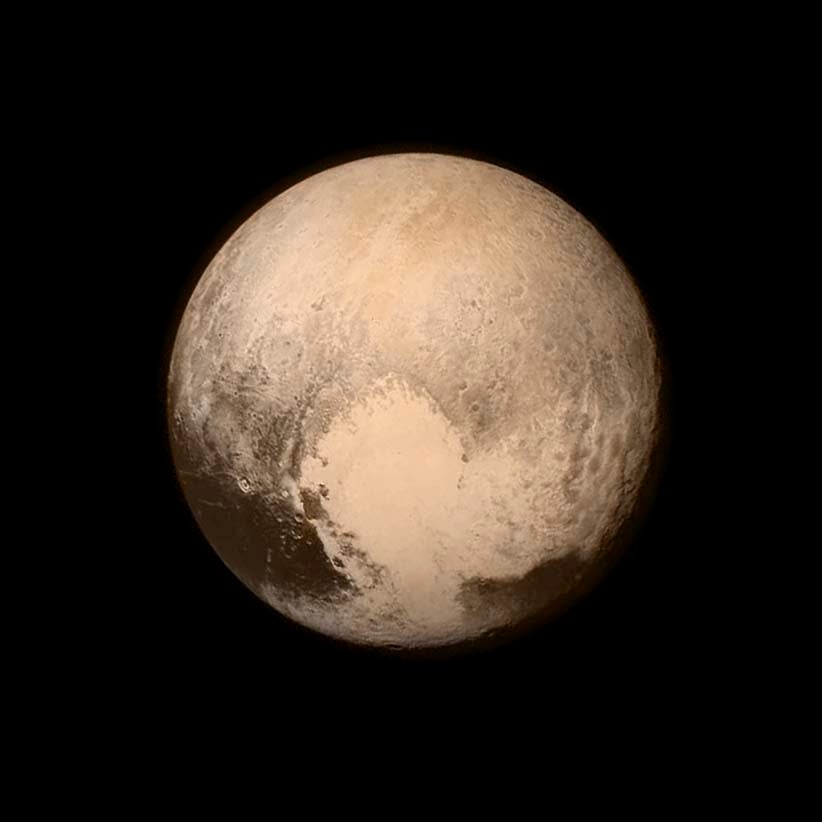 Final shot: The last photo of Pluto, taken on July 13, by NASA’s New Horizons spacecraft before it began its fly-by of the largest known dwarf planet
(NASA/Getty Images)

What do we know about Pluto now?

More than nine years and 6.5 billion km after NASA chucked the New Horizons spacecraft into orbit, it has reached the dwarf planet Pluto, the last of nine the space agency has explored. At press time, the piano-sized craft, flying at 58,000 km/h, was too busy playing tourist to send any photos home as it whipped past Pluto and its four moons. Those eagerly awaited shots will begin arriving in the coming days. It has already determined that Pluto’s diameter is 80 km larger than thought, perhaps enough, at 2,370 km, to restore its status as a full-grown planet.

Is the Iran nuclear deal a good thing?

It has taken 20 months of international negotiations, but a deal to limit Iran’s nuclear program was finalized in Vienna on Tuesday. U.S. President Barack Obama said the pact, lifting sanctions against Iran in exchange for commitments not to build nuclear weapons, is based on verification via inspections rather than trust. The deal is opposed by Republicans and the Israeli government, but Iranian President Hassan Rouhani said that in opening new horizons, “our dreams have come true.”

Is there anything good about Donald Trump’s presidential run?

The billionaire megamouth’s entry into the U.S. presidential race is too juicy a target for Pulitzer Prize-winning artist Berkeley Breathed to resist. He’s resurrected his beloved satirical Bloom County comic strip after a 25-year hiatus. The first strips, heralding the return of Opus, Milo and Bill the Cat, are posted on his Facebook page, beyond reach of newspaper editors, often queasy about his barbed politics. Asked online if Trump, a frequent target, was inspiration for his return, Breathed said: “This creator can’t precisely deny that the chap you mention had nothing to do with it.”

Are our leaders waking up to Indigenous rights?

Alberta Premier Rachel Notley has told her cabinet to review how to implement the United Nations Declaration on the Rights of Indigenous Peoples. The declaration’s aim, she says, is to protect cultures and traditions and to “work alongside Indigenous people to ensure they are participating in decisions that concern them.” A similar message is reinforced in a series of high-court decisions. Federal NDP Leader Thomas Mulcair and Liberal Leader Justin Trudeau were courting the Assembly of First Nations last week, part of a growing recognition that Aboriginal people will have a stronger say in future resource and economic development decisions. 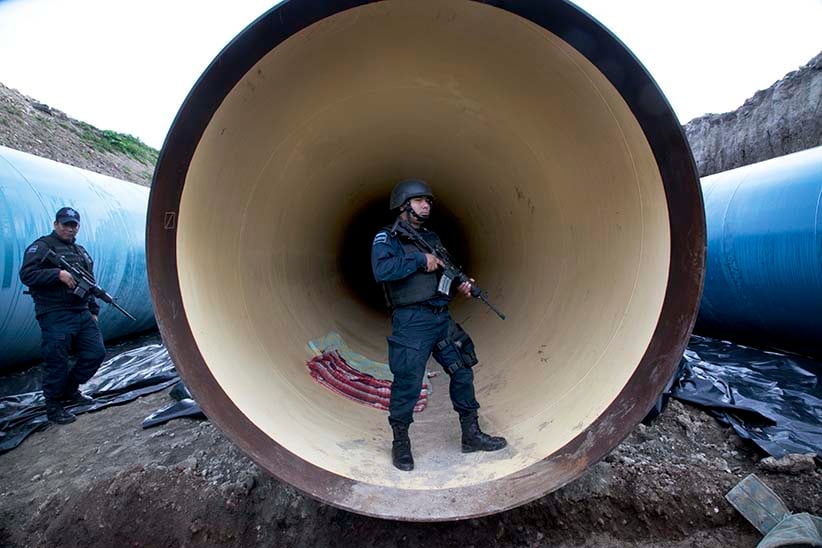 How does a dangerous drug kingpin escape jail?

Mexican drug kingpin Joaquín “El Chapo” Guzmán has added to his legend with a stylish departure from the maximum security Altiplano prison. It’s believed his henchmen in the ruthless Sinaloa cartel spent a year building the tunnel, complete with lights, ventilation and a motorcycle fitted on rails. It stretched 1.6 km from a half-built house set in a cornfield and emerged under the floor of Guzmán’s shower. Guzmán is known for his reliance on tunnels to elude capture, prompting suggestions that prison officials were either corrupt, blind or inept.

Who is the real Atticus Finch?

Is Finch the hero of Harper Lee’s To Kill a Mockingbird, the small-town lawyer whose courtroom stand against racism endeared him to generations of readers? Or is he the infirm racist of Lee’s just-released novel, Go Set a Watchman? The latter was actually written before Mockingbird was published in 1960, but is set 20 years after Finch’s courtroom defence of Tom Robinson, a wrongly accused black man. Finch has reverted to the views of the old South and a belief that blacks are a “backward” race. Maybe Lee wants us to re-examine her hero. “You never really understand a person until you consider things from his point of view,” Finch says in Mockingbird, “until you climb into his skin and walk around in it.”

Related: The silent, steady launch of Go Set A Watchman in Canada

Could selfies actually cause harm?

It’s debatable, in the age of the selfie, whether pictures are still worth a thousand words. Most certainly, selfies aren’t worth a life. Ten Russians have been killed, and another 100 injured, while shooting selfies this year alone. Police have launched a “safe selfie” campaign to warn against posing on roofs and railroad tracks, with guns, or with wild animals. Clearly, it’s best to leave the heroic photo ops to President Vladimir Putin.

Why did an award-winning journalist quit his job?

Last year’s good-news discovery in the Canadian Arctic of the Erebus, one of two ships of the doomed 1845 expedition of  Sir John Franklin, has been clouded by controversy. Pulitzer Prize-winning journalist Paul Watson has quit the Toronto Star over claims the paper blocked his plans to examine the “distorted and inaccurate accounts” of its discovery. Star editors have denied his claims of censorship, calling them “odd.” Certainly, there was plenty of glory for Prime Minister Stephen Harper and the Canadian Geographic Society at the time of discovery. The full story may prove as elusive as the Erebus once was.