Talking Points: On recessions and progressions 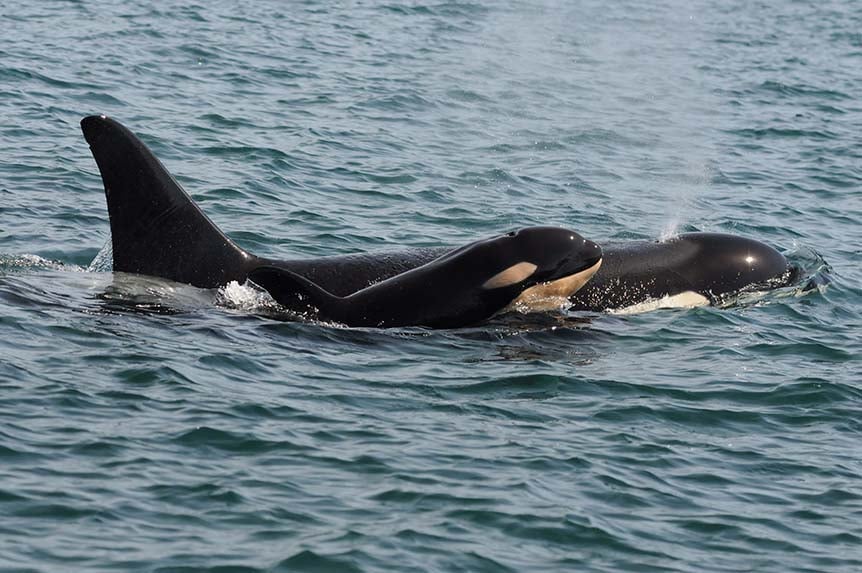 Baby! The endangered orca population of Sooke, B.C., welcomed a fifth calf to the family; in 40 years, only 35 of 122 born to the pod have survived
(Dave Ellifrit/Center for Whale Research/CP)

If the economy’s in a recession, what’s with all the jobs?

We’ve all heard about a “jobless recovery,” but a job-fuelled recession? Despite all the talk on the campaign trail about Canada’s “technical recession” during the first half of the year, employers added 12,000 jobs in August. Sure, the unemployment rate inched up to seven per cent, but that’s only because more Canadians were looking for work. As economist David Rosenberg pointed out in a recent letter to clients, “This would be the first recession ever that did not see consumer, housing or employment go down for the count.” If this is as bad as it gets, we’ll take it.

Who were the candidates who quit the campaign trail?

Two Toronto-area candidates were dumped by the federal Conservative party this week after being linked to embarrassing videos circulating online. Tim Dutaud (Toronto–Danforth) was outed as the “UniCaller” who made lewd prank calls to women and joked about people with disabilities in a series of YouTube videos posted about six years ago. Meanwhile, Jerry Bance (Scarborough–Rouge Park) was identified as a repairman who was caught urinating into a homeowner’s coffee cup during a 2012 CBC Marketplace investigation. A headache for the party, but for voters: what a relief.

Whatever happened to those twin girls with the liver disease?

Twin sisters Phuoc and Binh Wagner were literally wasting away last September, desperate for life-saving liver transplants after being adopted from a Vietnamese orphanage and diagnosed with Alagille syndrome, a rare genetic disorder. Twelve months later—after their heart-wrenching story triggered an outpouring of support from potential organ donors—the Kingston, Ont., girls are embarking on a new, less stressful journey: junior kindergarten. The four-year-olds have responded so well to their transplants that they look nothing like the sick little girls they once were. A happy ending—and a new beginning.

A Maclean’s longread: The Miracle Twins

Do my co-workers want to hang out?

If you can’t imagine hanging out with your office mates, chances are they feel the same way about you. Today’s employees are far less likely to make friends with their colleagues or spend much time socializing at work, according to a recent article by Adam Grant of the Wharton School at the University of Pennsylvania. Yet, while a more “transactional” view of the office sounds like a recipe for business success, a potential downside is rising stress levels among workers that, according to a recent Harvard and Stanford study, can be just as bad for your health as second-hand smoke. 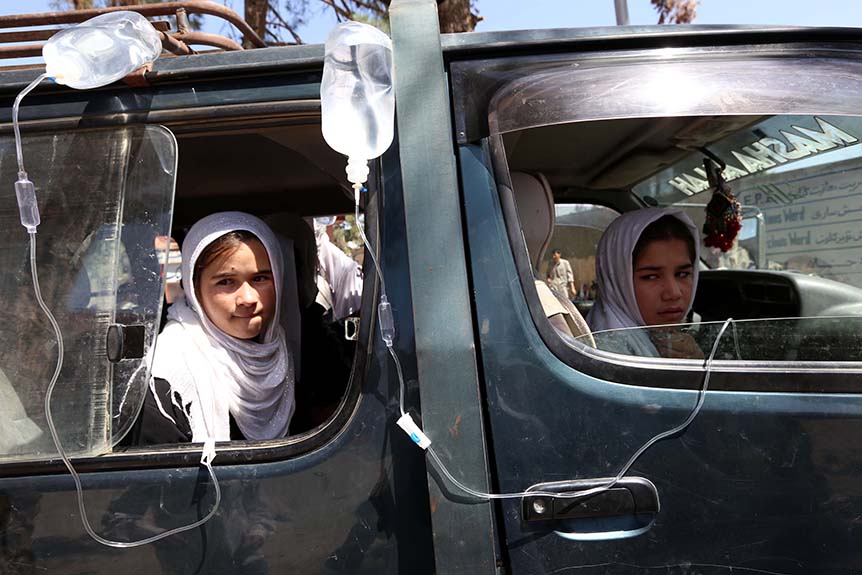 What’s the latest from Ukraine?

Almost 8,000 people have died during fighting in eastern Ukraine between pro-Russian separatists and government forces over the past 17 months, the UN said this week. And despite fewer large-scale offensives, the number of civilian deaths have more than doubled since May. The streets of Kyiv, meanwhile, recently saw violent demonstrations against legislation meant to ease the crisis by giving parts of war-torn eastern Ukraine more autonomy. A grenade blast outside the parliament buildings injured 90 people, including soldiers who reportedly had just returned from the front lines.

Are tensions in North and South Korea easing?

Just weeks after exchanging artillery fire, North and South Korea stood down and agreed to reunite some families torn apart by the 1950s Korean War. The deal allows 100 participants from each country to gather at a heavily fortified Mount Kumgang resort next month, putting them among the roughly 22,500 Koreans who have already participated in these brief, highly emotional encounters to date. But with tens of thousands of aging South Koreans still anxiously awaiting their chance to reconnect with loved ones, more needs to be done—and soon, or there won’t be anybody left to reunite.

Could they possibly make flying even more uncomfortable?

A new U.S. study has discovered that airplane tray tables are crawling with more bacteria per square inch than any other surface on board, including the bathrooms. The bright side? Be thankful you’re not flying Air Koryo. Recently crowned the world’s worst airline by SkyTrax, North Korea’s carrier has a strict no-photographs policy and its flight attendants are known to deliver stern lectures to passengers who crumple newspapers featuring photos of leader Kim Jong Un.

Is there anything that will make me less sad about the end of summer?

Scientists in the U.K. may have perfected the perfect summertime treat: a slow-melt ice cream. They accomplished the feat by adding a new, naturally occurring protein that helps to bind together fat droplets and air bubbles, giving the ice cream more solidity. In a decidedly less appetizing, but potentially far more exciting, development: NASA will pay South Carolina researchers to figure out how to turn human waste into synthetic food for future Mars missions. Yet more evidence that astronauts are braver than most.