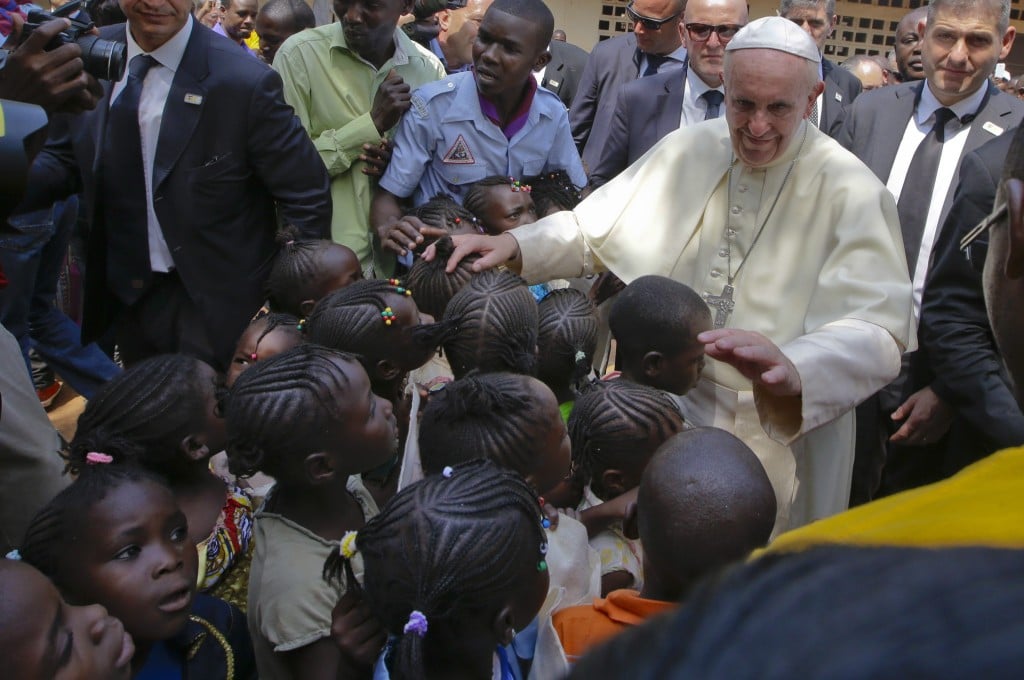 Need an answer for that? Trying to look like the smartest person at the dinner party? Our Talking Points have you covered. Read our short takes on some of the big stories from the last week:

1. In one important place, the gender gap has narrowed.

When it comes to higher education in Canada, it’s definitely not a man’s world. New Statistics Canada figures show enrolment in the country’s post-secondary institutions was up 1.2 per cent between 2012 and 2014, with women representing more than half of those seeking to go to college or university. Moreover, women now account for six out of every 10 graduates right across the country. One hopes the trend, under way for years, will erase the stubborn pay gap women face in the workplace, if not reverse it completely.

2. Pope Francis calls for peace in a highly fraught country.

Flanked by hundreds of armed UN peacekeepers, Pope Francis visited one of the world’s most dangerous places to call for an end to the Central African Republic’s bloody civil war, fought mainly between Christians and Muslims. While visiting a mosque in the notorious PK5 district of Bangui, described as an “open-air prison” for Muslims, the pontiff noted followers of the two religions are “brothers and sisters” and should conduct themselves accordingly. Given growing tensions around the world in the wake of recent terror attacks, it’s a message that needs to be heard far beyond the borders of the war-torn African state.

3. A rocket-ship rivalry rachets up.

Following the successful landing of his reusable Blue Origin rocket, Amazon CEO Jeff Bezos took to Twitter—for the first time ever—to boast about the milestone, which promises to dramatically reduce the cost of space launches. Not to be outdone, fellow tech tycoon and SpaceX CEO Elon Musk, tweeted the only reason his Falcon 9 bird has so far failed to stick a landing is because it’s so much bigger, designed to go all the way into orbit. And on it went. With capitalism’s competitive spirit now focused on the heavens, we will be walking on Mars before we know it.

4. The world’s best whisky isn’t from Scotland. It’s from Canada.

The home of the world’s best whisky is . . . Gimli, Man. Crown Royal Northern Harvest Rye, made on the shores of Lake Winnipeg by the global spirits giant Diageo (which bought the company from Seagram 15 years ago), was recently selected as the best of the year. British whisky expert Jim Murray declared the variation of the distiller’s 75-year-old, purple-bagged namesake a “masterpiece,” though some aficionados are questioning the choice. A word of advice: don’t ask the bartender for a Northern Harvest “Crown and Coke.” 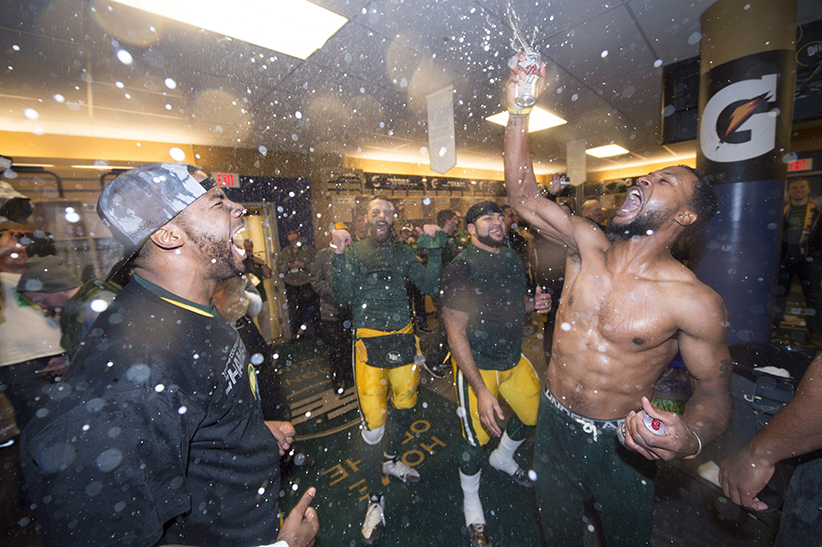 Members of the Edmonton Eskimos celebrate their team’s win over the Ottawa Redblacks at the 103rd Grey Cup in Winnipeg, Man. Sunday, Nov. 29, 2015. (Nathan Denette/CP)

5. The Eskimos won the Grey Cup, but could lose its name.

It was a thrilling game that went down to the wire, but it was not all celebratory in Edmonton after the Eskimos’ Grey Cup victory. Natan Obed, the head of Canada’s national Inuit organization, has called on the team to dump its name, calling it derogatory and insulting to a great many Canadians. The fact the Eskimos are based in a province with the second-highest rate of Aboriginal murders in Canada makes it that much worse. A reconciliation event was recently held at Edmonton’s city hall to help bridge divides between Indigenous people and others in the city. This seems like as good a place as any to start.

6. The Liberal Party has conquered another province.

The election of Dwight Ball’s Liberals in Newfoundland and Labrador is the latest lopsided defeat suffered by Canadian conservatives this year. The others include the NDP sweep in Alberta and, of course, the routing of Stephen Harper’s federal Conservative party after nearly a decade in power. Voters should of course elect who they want—and Newfoundland’s Liberals deserve credit and congratulations—but the voice of conservatism is in danger of being silenced at a time when Canada faces difficult choices on issues like immigration and the economy. If everyone sings from the same songbook, how can we be sure all relevant viewpoints are heard?

7. The loonie is weak. But other currencies are weaker still.

The silver lining to the oil price crash in Canada was supposed to be a weak loonie. But while manufacturers have indeed received an export boost, the cheap currency hasn’t provided nearly the lift the Bank of Canada had anticipated—and J.P. Morgan economists think they know why. The problem, they say, is the currencies of other U.S. trading partners like the EU and Mexico have depreciated more. The lesson: if your economic plan hinges on a cheap dollar, make sure to lose big.

8. Monkeys are at risk of extinction.

The International Union for Conservation of Nature has released its biannual report on “Primates in Peril,” and it suggests nearly half of all primate species are threatened with extinction due to habitat destruction, hunting and illegal wildlife trade. Closer to home, the Toronto Zoo’s baboons apparently faced their own hardships. Medical records show the death of the zoo’s matriarch, Betty, sparked an all-out battle for supremacy, resulting in several injuries and temporary closure of the exhibit last year.