Talking Points: Of stock market gains and hate on the plains 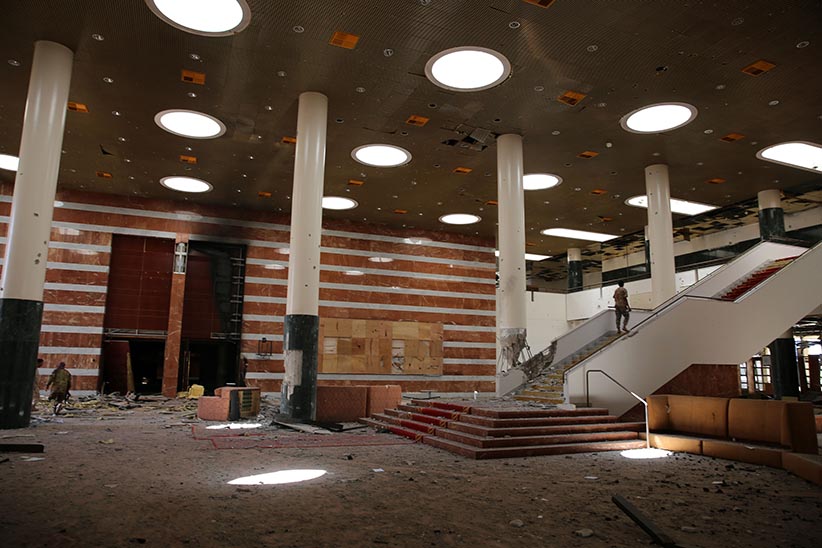 1. The running of the bull markets

All three U.S. stock indexes—the Dow Jones, S&P 500 and tech-heavy Nasdaq—recently closed at a record high for the first time since the dot-com boom. Even Canada’s previously lagging S&P/TSX is up 20 per cent in the last six months. Of course, the gains likely have as much to do with low interest rates pushing investors out of government bonds and other “safe” investments as it does with budding optimism about the global economy. Still, it’s an important reminder the ongoing real estate frenzy in Toronto and Vancouver isn’t the only way to make money in 2016.

Rob Ford’s infamous crack-smoking video isn’t pretty, and viewing it feels gratuitous after the former Toronto mayor succumbed to cancer earlier this year. But it finally puts an end to a bizarre and unfortunate chapter in Toronto’s history, while shedding light on the man who authored it. The video, which recently became public after charges against Ford’s former driver were dropped, shows an ill mayor being mercilessly egged on—possibly even set up—by the people who were surreptitiously filming him, crack pipe in hand. It’s too bad Ford’s many critics didn’t get to view the cellphone clip back in May 2013, when its existence was first reported. If they did, they might have merely called for his resignation, as opposed to making fun of him, too.

MORE: What does the Rob Ford video tell us?

Ottawa will spend $138 million to replace two immigration detention centres in Vancouver and Montreal as part of a broader effort to overhaul the way Canada handles refugees or others who arrive without proper documentation. Public Safety Minister Ralph Goodale says the new approach will strive to avoid locking up people, particularly children, in overcrowded federal facilities or provincial prisons unless absolutely necessary. Makes sense. The idea that people fleeing persecution in other countries could find themselves jailed in Canada without committing a crime is backwards, to say the least.

A female Greenland shark, recently deceased, is believed to have been the oldest living animal on the planet. She was born 400 years ago, around the time Samuel de Champlain founded Quebec City. Still, it’s a far cry from the longevity achieved by Ming, an Icelandic quahog that lived to be 507. That is, of course, if you can call a solitary life spent encased in a protective shell living at all. 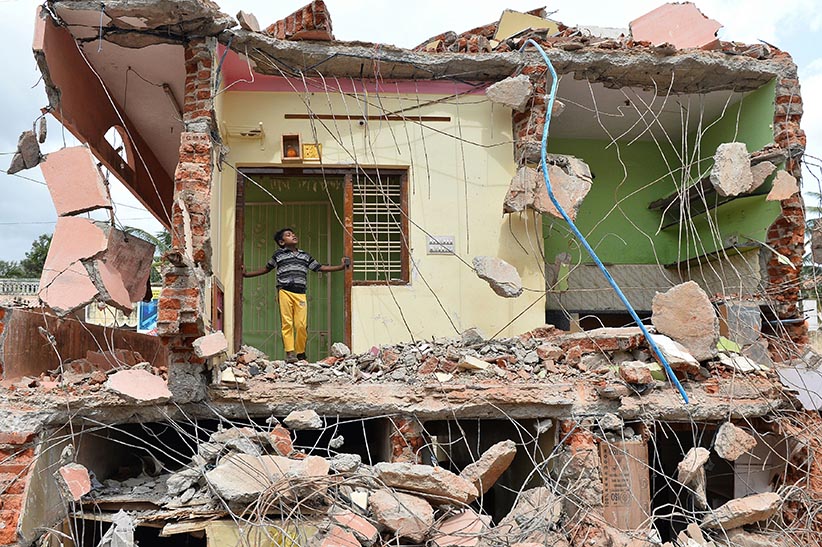 TOPSHOT – A young boy stands amidst the debris of demolished houses a day after Bangalore’s municipal authority, Bruhat Bengaluru Mahanagara Palike (BBMP), brought down houses and buildings, in Bangalore on August 12, 2016.
The BBMP has been on a demolition drive, clearing illegal structures and encroachments on the basis of powers granted under the Karnataka Municipal Corporations Act. Undeterred by public outcry, Karnataka Chief Minister Siddaramaiah has directed the city Municipal Corporation to go ahead with the demolition of illegal structures on lakebeds and stormwater drains. (Manjunath Kiran/AFP/Getty Images)

World leaders are calling for cooler heads as tensions once again mount on the Crimean Peninsula. Russian President Vladimir Putin recently accused Ukrainian saboteurs of killing two Russian servicemen in Crimea, which Russia annexed in 2014. Kyiv, however, has denied any plot and warns Moscow may be seeding the ground for another invasion—as evidenced by a build-up of troops and equipment on the border. Either way, the prospect of reaching a permanent peace deal in the region doesn’t look promising.

FROM OUR ARCHIVES: The end of Ukraine?

6. A lot of hate on the Prairies

Saskatchewan Premier Brad Wall has called for an end to “racist and hate-filled” comments on the Internet and social media following the recent death of Colten Boushie, a 22-year-old First Nations man who was shot on a farm near Biggar, Sask. The farm’s owner, charged with second-degree murder, has drawn sympathy from those who say Boushie and his friends intended to steal—as if that were a crime punishable by death. One of the young men, by contrast, says they were simply seeking help with a flat tire. Canada has made much progress when it comes to acknowledging a record of racism toward Indigenous people, but events like this, and the reprehensible social media commentary, remind us how much work still needs to be done.

RELATED: Saskatchewan: A special report on race and power

A mayor on the small French island of Corsica has become the latest in the country to ban the so-called “burkini,” which has also become a hot-button issue during beach volleyball events at the Rio Games. Supposedly, the Corsica ban is an effort to protect local Muslims after a fight broke out over the full-body swimsuits. But human rights proponents warn such bans play into the hands of the far right, whose anti-immigrant arguments are gaining ground. Since when did a day at the beach become so political?

Remember the theory that said America’s obesity woes were being caused, in part, by “food deserts,” those impoverished neighbourhoods bereft of supermarkets selling fresh, wholesome produce? It turns out having a Trader Joe’s nearby doesn’t necessarily encourage people to eat better. A new study, led by a University of Illinois professor, found Americans purchase most of their junk food from supermarkets, not fast-food outlets, gas stations or vending machines. Blame the family packs of two-bite brownies.